Everyone Is Vacationing In Mexico These Days: After Tamar Braxton & Porsha Williams, It’s Scott Disick And His Girlfriend, Sofia Richie’s Turn To Get Hot

Tamar Braxton was recently spotted in Mexico with her estranged hubby, Vincent Herbert. Porsha Williams was also seen in Mexico these days, and she posted some pretty hot pics from there. Now, it seems that Scott Disick and Sofia Richie are also vacationing there and packing on heavy PDA in the sun.

They were just seen getting all cozy on a luxury beach resort in Puerto Vallarta, Mexico on January 14.

There were photographed in a hot tub, and Sofia was draping her hands around Scott.

Sofia also showed off her really toned body while she was wearing a pair of black bikini and Scott was seen flaunting his body in black swim shorts.

They were seen smiling at each other, and they were having fun and kissing in the hot tub.

They have been recently posting pics of each other on their social media accounts, and we must admit that they seem really in love.

Latest rumors are saying that Scott is planning to produce a reality TV show together with Tyga and he also plans to introduce Sofia in the series as well.

It seems that according to an insider who spoke to Hollywood Life, he and Tyga have been thinking about tons of ideas that could bring the show into the spotlight and one of them is to find true love for Tyga.

The same source said that Tyga has got a particular type of woman when it comes to looks and he wants to find someone that resembles Kylie Jenner, and we are not surprised considering the fact that he has been insisting on replacing Travis Scott these days. The show will probably revolve around a few Kylie clones who will try to win Tyga’s heart, and Scott will be his wingman. 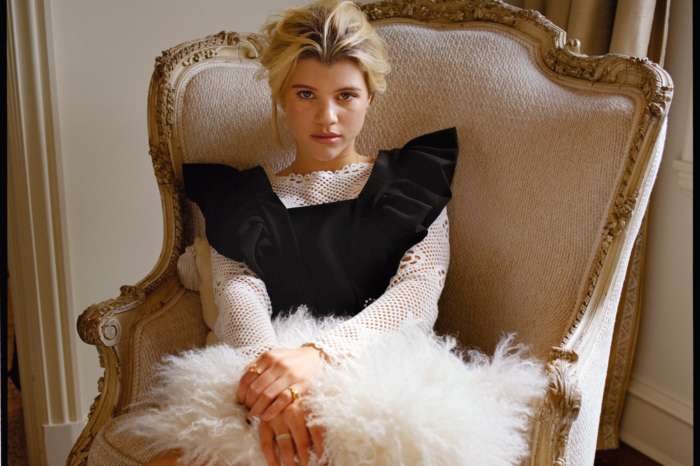 You didn’t know….It’s where all the Reality TV D-Listers vacation! Cheap Tequila!!!!