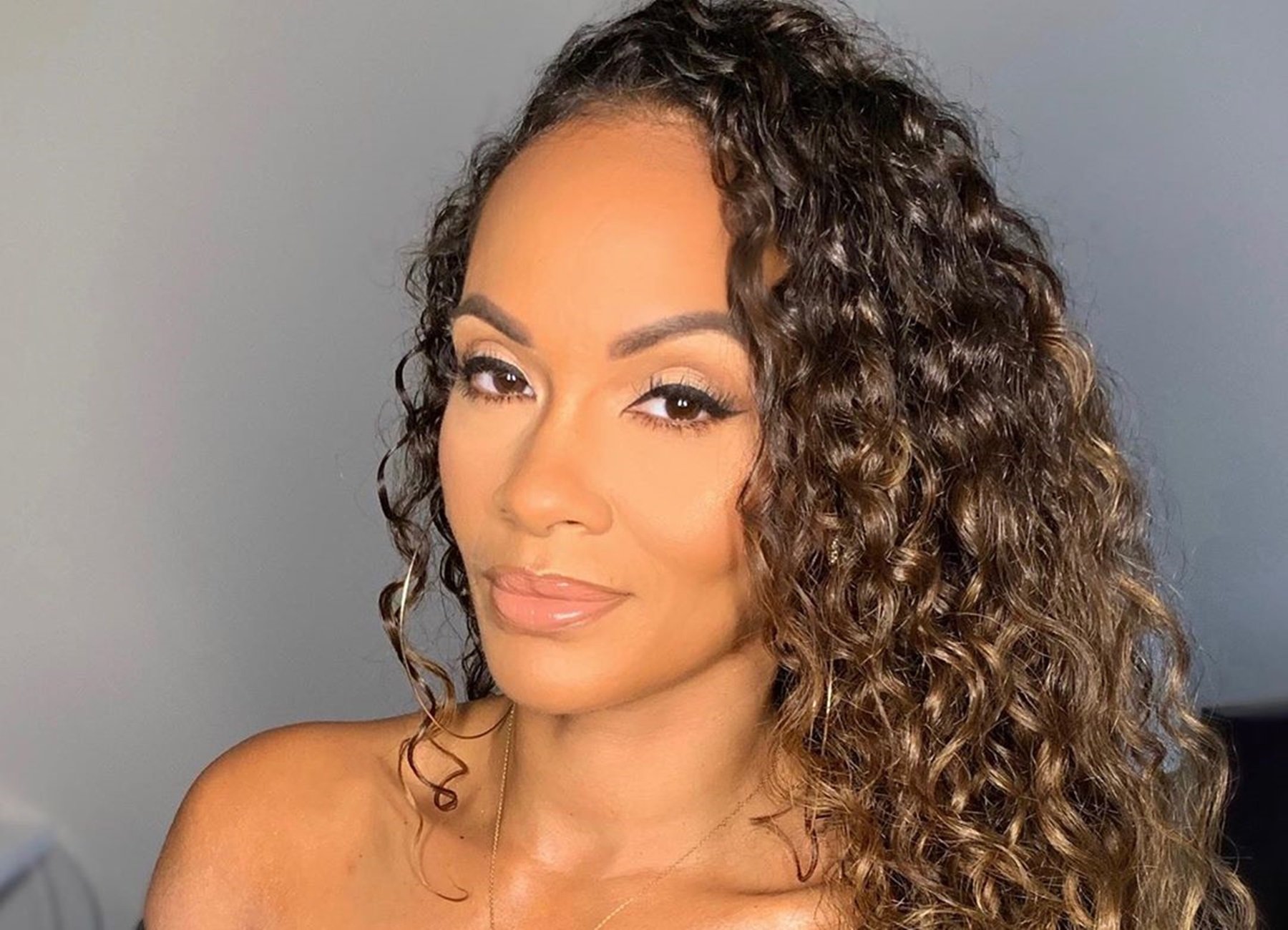 Things between Evelyn Lozada and Ogom Chijindu — OG — seem to be deteriorating fast, although it is becoming less and less clear which of the two has a point.

Evelyn recently received a lot of criticism from her fans — and supporters of OG — for her behavior, with some implying that she should stay away from her Basketball Wives co-star and some even throwing out the suggestion that OG should get a restraining order against her.

And in a strange turn of events, recent reports indicate that things might go the other way around, with Evelyn considering this very option for herself right now because she is scared of OG’s “mental state.”

It is not known what grounds she would seek her order on, as the only major incident that has happened between the two recently was the aggressive attitude displayed by OG in a reunion episode of the show.

The recent incident seemed to stem from the fact that OG felt slighted by the seating arrangement and left the stage in a huff.

However, she returned when she was informed that filming was still running without her, which made her even angrier.

Many have pointed out that while her behavior was not entirely appropriate, it hardly constitutes a restraining order, and Evelyn might just want to look in another direction until the wind blows over.

Others have been more supportive of the reality TV star, pointing out that there is a lot of toxicity on the show’s set, and it is not healthy for anyone at this point, even the production itself.

One fan weighed in on the drama by saying: “They stay hating on you! Keep doing what you do! 😘😘😘”

A critic responded by: “That’s not the best advice, she should be a better person. so she should keep being a bully using throwing out racist comments??”

Another follower stated: “Evelyn would you tell me why are the ppl tryna get you boycotted from BASKETBALL WIVES??? 🤔🤔🤔🤔”

This person said: “It was because of the racial stuff she said…some folks want it to be because OG was mad about the ToeG comment, but it was deeper than that…and it was the fans, not OG that started the petition. Unfortunately, folks think that you’re a hater when you point out terrible behavior. Evelyn has behaved like a bigoted bully this season and its really sad. she called on a monkey and called Cece ling ling and did some shit with her teeth to imitate a Chinese person.”

Evelyn is often near the biggest storylines on the show.

OG would not let evil. Evelyn say just anything to her and it’s funny that Shaunie had to bring her cross eyed ex husband in to women stuff that she couldn’t handle it. Now everyone is scared Evelyn talk sh** but can’t back it up with a real black women OG should have kicked both az’ as a going away present

Shaunie is the master manipulator and the down low instigator that doesn’t get called out (Brandy) because of her status as the shows facilitator… Well hunty, munty can’t cover-up your Messiness… Kristen is full of cow dung (CeCe, she flip flopped on you), Malaysa acts like she didn’t see the episode of Evilyne calling Anthony… Shaunie is a freaking pothead… Feby you should just stay silent shish… The show and the ladies should start watching Little Women of Atlanta, they could learn something, those ladies have less money but more class and maturity…

Evelyn needs to go, they need to take her off the show because she has always bullied every knew girl or any girl that does fight smh she needs to grow up, seriously

I like OG. Get Evelyn off the show and the New girl.we will love to see Happiness and support. My mom always said you can’t say something nice don’t say something at all. Women needs to support each other’s. Bring Tami back. If Tami was the Boss of this show. This show will be great.

I like og Evelyn and the new girl need to go. Ms.o’neal need to do her damn job she see her friend is trouble and she wont say nothing to her. The way this session is going the only people i wanna see are tammy og and jackie the rest can goo bring some new blood to the show its more then just them ijs. Do better!!

OG hasn’t put her hands on anyone. It’s Evilyn who has put her hands on others. I can’t believe Shaunie is not calling out Evilyn on her bad behavior. I don’t care if you are my friend if you do something wrong and it’s not right, I will call you out on it. Shaunie has not done that.. She is allowing Evilyn to get away with things.

Shaunie and Evelyn need to be fired or cancel the show

Wake up, Marie! It is 2019–not 1919. Do you realize you are saying that Oprah has nothing? Has it ever occurred to you that you are not in a position to determine who has something and who has nothing? To some people, having a relationship with God and not much more is having abundance.

Ok here’s the real story. Evelyn has been a boss bully since she came to the show. She says foul stuff all the time out her mouth. She came for Tami on numerous occasions. In my opinion Tami should have whooped her Fannie before she left the show. However I’m glad she took the high road. Now Evelyn is coming for OG and she got the right one now. OG will put a butt whooping on her that Shaunie won’t be able to get off. Now to Evelyn Lozada, you got too much mouth to be scared of someone. If you can spew it out those gums then be woman enough to take what comes back at you. I hope they do get rid of you. You have almost cancelled this show just like you did in Miami and this time you won’t get your own show. This time you will be done with reality television. Because of you Evelyn and Shaunie backing you up with this foolishness you are in this situation. Take ownership for your mouth and your antics, then the show would be a better view. Tami has left the building and so have I.

OG. I think OG needs to let people fight their own battles. She seems sincere but its not appreciated. I’m looking forward to her and her boyfriend’s life together.

Evelyn has to have beef with somebody EVERY season to keep those checks coming. Its almost sad you need to do this to support your family, can’t be good for your health or mind. JS

OG has always shown an aggressive side to her. Saying she put her hands on people or start something she finish it. She just jealous because all them have been married and had kids and she has nothing.

Marie, OG plays football. Football players must be aggressive. Yes, she admitted that she uses her profession to release her aggressions. Evelyn should also find a legal way to release her aggressions because she is very aggressive, very violent, very dangerous, and she likes to fight men, which is why Chad had to head butt her crazy azz because she was jumping on him in the car over another woman. Evelyn is racist. Evelyn is a colorist. She has so many prejudices it’s ridiculous. OG isn’t jealous of any of them. She’s the second youngest member on that show. The other females are at least 10years older than she is. She also has much time to have children and get married if she wants to. OG has a man who loves her. The other women are single and dried up down there, except Jackie(the only married one). If anything, they are jealous of OG. She didn’t use her sexuality to get men to take care of her like the other women have. She’s a strong and secure and talented woman. A queen. They hate her for that.

what is she jealous of ???? Why does it always have to be someone jealous

Marie you sound like a fool. Don’t start none won’t be none. If you don’t have anything to back up what you say.

Tone
Really are you serious? You sound like dam fool. OG has so much class then all of them. You see this world is all about themself. If I had one friend like that I would be so happy. People get kill for lesser then that. Jealous please. I’m ashame that came out.