Evan Rachel Wood Alleges Marilyn Manson Groomed Her As A Teenager, Horrifically Abused Her For Years 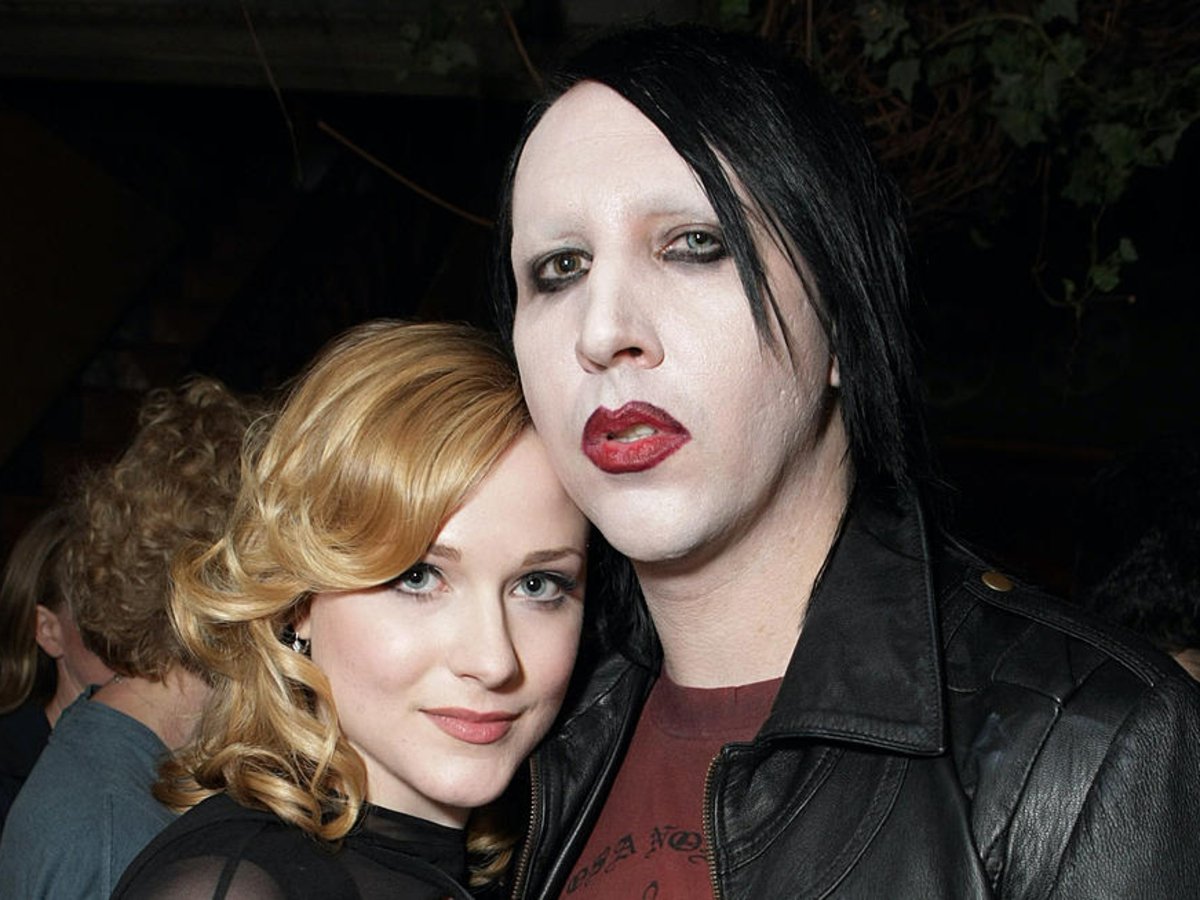 Evan Rachel Wood made shocking allegations against rocker Marilyn Manson on her official Instagram account. On February 1, 2021, Evan went public with claims that when she was still a teenager that Marilyn Manson (18 years her senior) groomed her, brainwashed her, and then ultimately abused her. Marilyn Manson, whose proper name is Brian Warner, has denied the allegations.

RELATED: The Frozen 2 Soundtrack Is Only Thirty-One Minutes Long And Your Kids Are Going To Make You Listen To Every Second Of It

The name of my abuser is Brian Warner, also known to the world as Marilyn Manson. He started grooming me when I was a teenager and horiffically abused me for years. I was brainwashed and manipulated into submission. I am done living in fear of retaliation, slander, or blackmail. I am here to expose this dangerous man and call out the many industries that have enabled him, before he ruins any more lives. I stand with the many victims who will no longer be silent. 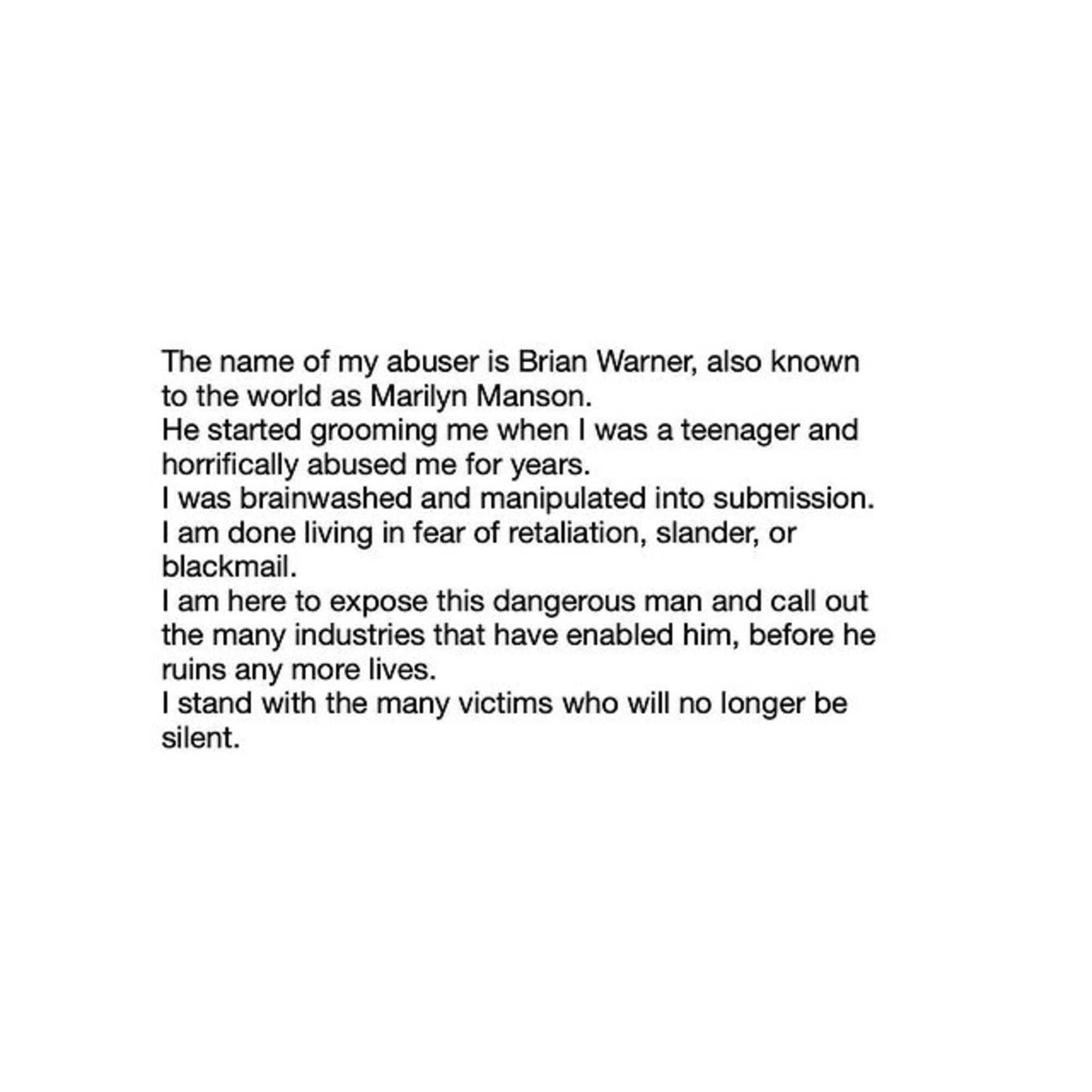 Evan Rachel Wood and Marilyn Manson were engaged in January 2010 and their engagement lasted seven months with the two ending things in August 2010. She has frequently spoken out and stood up for women who are victims of assault and abuse, yet she has never mentioned Manson by name. That has all changed and now, other women are coming forward, adding their voices to Evan’s.

Since Evan Rachel Wood went public with her accusations, four other women have stepped forward. Their names are Ashley Walters, Sarah McNeilly, Ashley Lindsay Morgan, and Gabriella. Each woman stated on social media they suffer from PTSD because of the alleged abuse they suffered while in a relationship with Brian Warner aka Marilyn Manson.

Though Manson continues to deny the current allegations against him, he has made statements in the past that are coming back to haunt him, even more so now that Evan and the other women are taking their allegations public.

A 2009 interview with Spin magazine saw Marilyn Manson state that he had daily fantasies about smashing Evan Rachel Wood’s skull with a sledgehammer.

You may see that Spin interview with Marilyn Manson below.

Here is a video of Evan Rachel Wood testifying about her abuse before Congress. She never identified her abuser until today.

Here is a thread on Twitter where people are documenting the allegations against Marilyn Manson.

What do you think about Evan Rachel Wood’s allegations against Marilyn Manson? 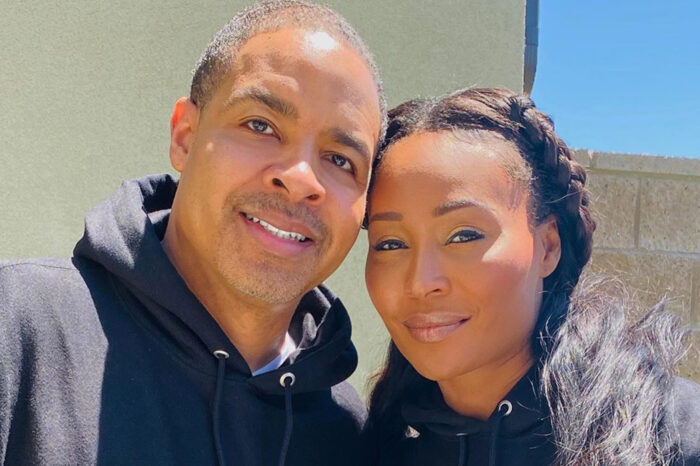