Lara Trump, the wife of Eric Trump, is pregnant.

Earlier today, via Instagram, the Trump couple announced that they are expecting their first child – a baby boy – in the fall.

Twitter is mocking the pair by asking them if they decided to make the announcement to change the conversation after FBI Director James Comey confirmed during a hearing that there is an active investigation into Russia’s meddling in the 2016 presidential election and whether Donald Trump’s campaign aides were in contact with Moscow.

In a lengthy interview with People magazine, Mrs. Trump said her initial reactions after finding that she was pregnant were, of course, joy, excitement, and the fear that if they told President Donald Trump, he would “blurt it out” to the media.

The 33-year-old former “Inside Edition” producer explained: “Eric’s dad was so excited, that we were worried he’d blurt it out at a press conference.”

The 33-year-old trustee of The Trump Organization explained that his wife is only two months pregnant.

He shared: “We found out on my birthday, which was pretty cool.”

The couple will welcome their baby in September and are having a tough time finding the perfect name.

Eric Trump and his wife love the name Charlie, but they have a dog by that name – they are indeed in a quandary.

Mr. Trump said: “We really loved the name Charlie, but we’d already named our dog that, so it’s out.”

Mrs. Trump added: “We sort of screwed ourselves over there. I knew I always wanted kids someday. Eric’s going to be an amazing dad. The nieces and nephews love hanging with him. He’s the cool uncle. He’s watched Frozen many times.”

The newborn will be Donald Trump‘s ninth grandchild.

The couple dated for six years before marrying in a lavish ceremony at Mar-A-Lago in 2014 – the same place where the president wed First Lady Melania Trump. 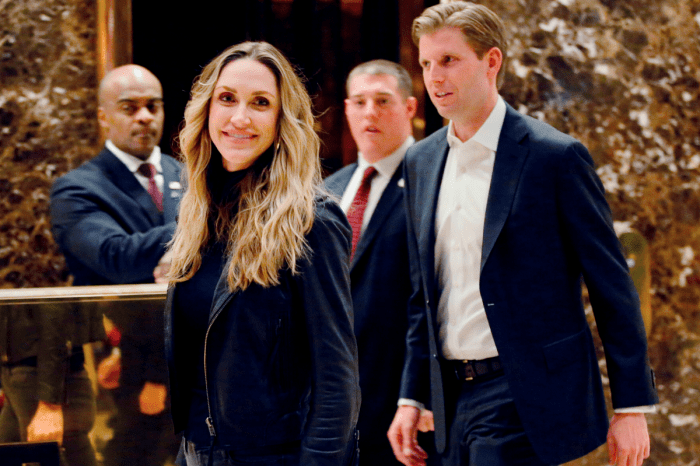