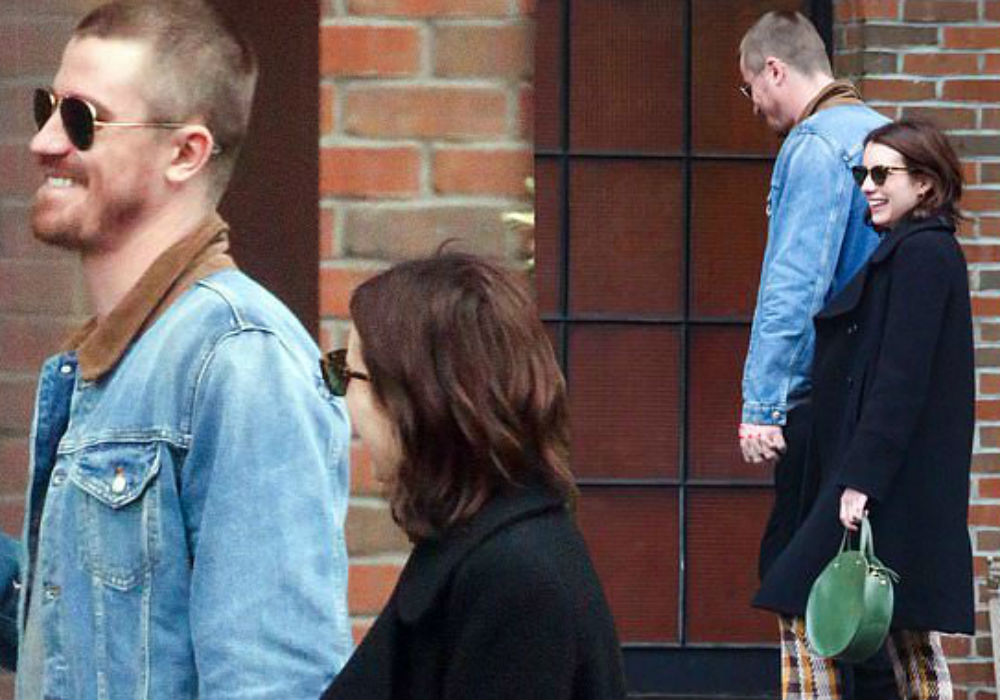 Emma Roberts broke off her engagement from Evan Peters not long after Valentine’s Day, but just a few short weeks later she is stepping out with her new man. Roberts has moved on with actor Garrett Hedlund, and cameras recently spotted the couple going for a walk in New York City.

According to eyewitnesses, Roberts was wearing a black wool coat over some plaid pants and black boots, while Hedlund sported a denim jacket and black pants. The two were “smiling and holding hands,” and they were “way into each other,” says the source.

Looks like things are heating up between Emma Roberts and Garrett Hedlund!https://t.co/ROHGO8vJlv

The new relationship comes after Roberts ended things with Peters, her American Horror Story co-star, after seven years together.

“They have had their ups and downs for a while now, and were really trying to make it work,” an insider told E! News. “Their split was a long time coming.”

Roberts and Peters met on the set of the indie flick Adult World and started dating in the summer of 2012. He proposed about a year and a half later, and they confirmed their engagement in January 2014. The former couple did hit a rough patch in July 2013, with Roberts getting arrested for domestic violence in Montreal.

In a joint statement, their reps said that it was an unfortunate incident and misunderstanding, and police released the actress after they questioned her.

The couple previously called off their engagement in 2015.

When they were co-starring together on American Horror Story back in 2014, which at the time was being shot in New Orleans, Roberts told People Magazine that it was nice to have her best friend with her so they could go out for dinner and check out the city, since she didn’t know the Big Easy very well.

play it as it lays 🎲 @kpreiss

As for Roberts and Hedlund, they started out as friends and hung out together socially, but now it looks to be turning into something more. However, an insider says that things are still casual and the two are exploring a relationship. Apparently, Emma Roberts is seeing how thing go because she is “not one to rush into things.”

Garrett Hedlund was previously in a relationship with Kirsten Dunst for four years before their 2016 split, and he is currently starring with Ben Affleck in the Netflix action movie Triple Frontier.

Joe Biden Releases Video Defending Himself Against Kissing And Touching Allegations -- One Day After Donald Trump's Attack, It Is A Serious Signal That He Is Running For President