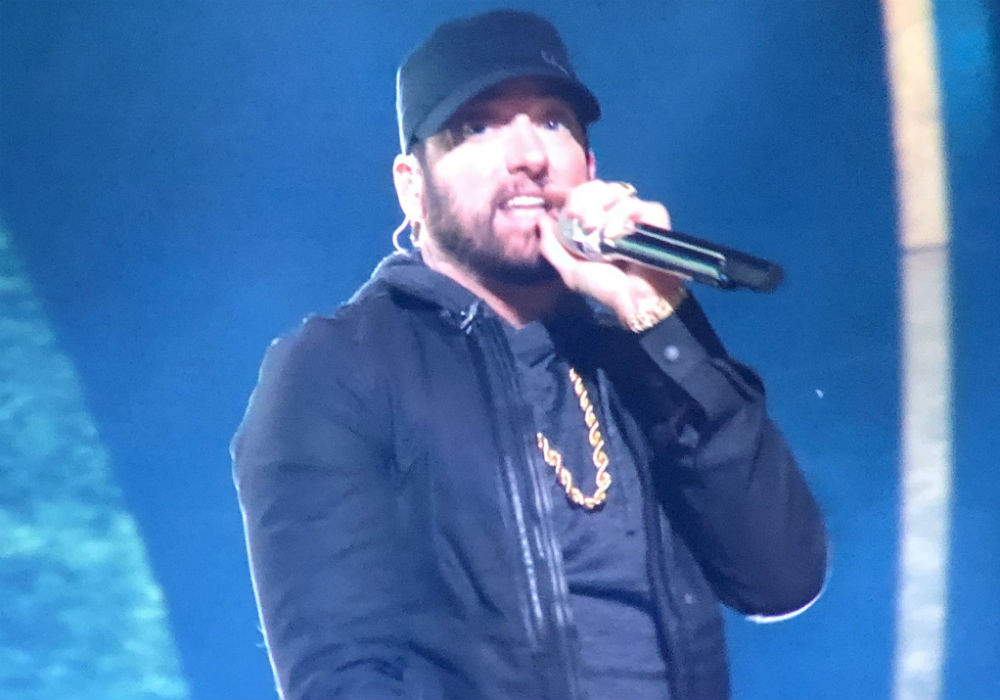 Eminem shocked the crowd at this year’s Oscars when he took the stage for a surprise performance of his Oscar-winning song Lose Yourself. The rapper won the award for Best Original Song in 2003, but he didn’t attend the ceremony.

Lin-Manuel Miranda introduced a segment that featured some of the most iconic Best Original Song winners from the past, and the montage ended with a scene from Eminem’s semi-autobiographical film 8 Mile. Then, the camera cut to the Oscar stage where Eminem appeared on a rising platform in front of an orchestra.

Eminem stopped by the #Oscars to perform 'Lose Yourself' and the crowd almost lost it 😂 pic.twitter.com/NaKxpeJG2o

The crowd was visibly stunned when they saw the 47-year-old on stage. Billie Eilish – who was just one-year-old when Eminem won the Oscar for Lose Yourself – appeared to be confused by the performance, while Martin Scorsese looked like he was taking a nap. But, plenty of celebrities in the crowd took the opportunity to rock out with the song while lip syncing every word.

Oscar tradition dictates that the five nominees for Best Original Song are performed live each year, usually by the original artist. But, in 2003, Eminem skipped out on the Oscars because he didn’t think he would win and it “wasn’t his sort of gig.” When Barbra Streisand announced Eminem as the winner, his co-writer Luis Resto accepted the award.

At the time, the Detroit Free Press reported that the rapper – whose real name is Marshall Mathers – stayed home to watch cartoons with his daughter Hailie.

Look, if you had another shot, another opportunity… Thanks for having me @TheAcademy. Sorry it took me 18 years to get here. pic.twitter.com/CmSw2hmcZo

After his performance, Eminem took to Instagram to explain the surprise performance. He posted a clip of Resto accepting the Oscar in 2003 without him, and he wrote in the caption, “Look, if you had another shot, another opportunity… Thanks for having me @theacademy. Sorry it took me 18 years to get here.”

The performance was definitely one of the most talked-about moments of the night, and Oscars co-producer Lynette Howell Taylor says that they reached out to Eminem because they wanted to make the show about “impact,” including the impact of music.

Taylor said they’ve been “holding on” to this special performance for a while, and it was nice that they were able to surprise people because that doesn’t happen much in this day and age. Eminem’s performance of Lose Yourself ended with a standing ovation from the crowd. 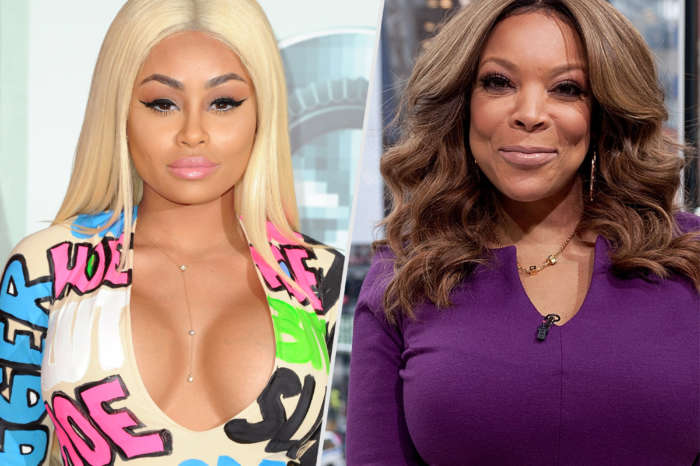 Wendy Williams Disses Blac Chyna For Unexpectedly Showing Up At The Oscars Amid Similar Confusion From Fans - 'How Was She There?'