There isn’t a person on the earth who hasn’t experienced some type of awkward and uncomfortable situation. And celebrities aren’t any different, as they deal with such incidents too.

Reportedly, the iconic rapper, Eminem, is just another one of those celebrities to find himself in a strange circumstance. In a video shared on his social media, Slim Shady reveals an awkward encounter he had with the actor, Val Kilmer, one evening.

Marshall Mathers admitted the incident left a considerable imprint on his memory for the last decade and his only option was to reveal it once and for all for the sake of acceptance. In the video we have for you below, the rapper told a story of when Val came across him with his pants down during an awards show in the 2000’s.

Eminem said it was uncomfortable because they both realized each other’s presence, and it got worse because they made eye contact.

The rapper said he knows that Val Kilmer saw him naked, and he just had to “get it off his chest.” Interestingly enough, no one is sure why he’s bringing this up now, except maybe as a smokescreen for his recent comments regarding Nicki Minaj.

As it was previously reported, Eminem and Nicki Minaj have been exchanging banter for a couple of days now including comments suggesting they might get married or date.

LMFAOOOOOOOOOOOOOOO. The fact that he’s silly & a goof just like me?. Love him so much. Em we need you on the #Queen album. That’s where our 1st date will be; at the studio while I gaze into ur beautiful eyes as u write ur verse. ????? https://t.co/iFYi0OlzXQ

However, it all appears to be a joke, and neither parties have responded officially for a comment. One source told us that “Nicki was merely joking and had to shout out to Eminem on her latest single.”

Moreover, during a show in Boston, Eminem asked the crowd if they want him to date Nicki. And when the audience cheered,  the rapper screamed, “well, godda*nit, me too!” He went on to say that it’s going to be difficult because how is he going to share it publicly? 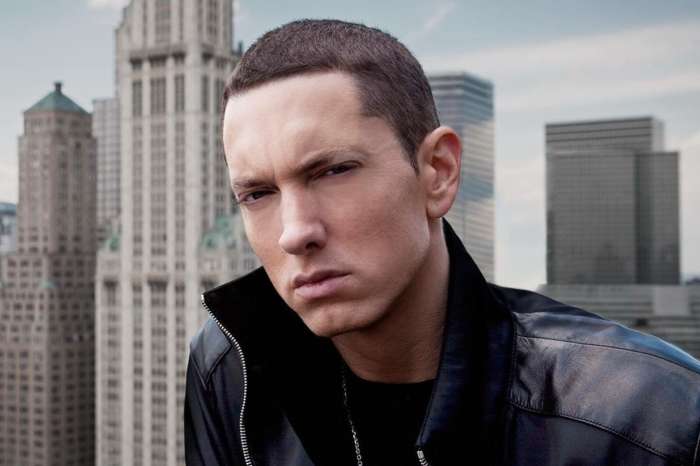 Kesha's Legal Request To Terminate Her Music Contracts With Dr. Luke Rejected By The Court Of Appeals!