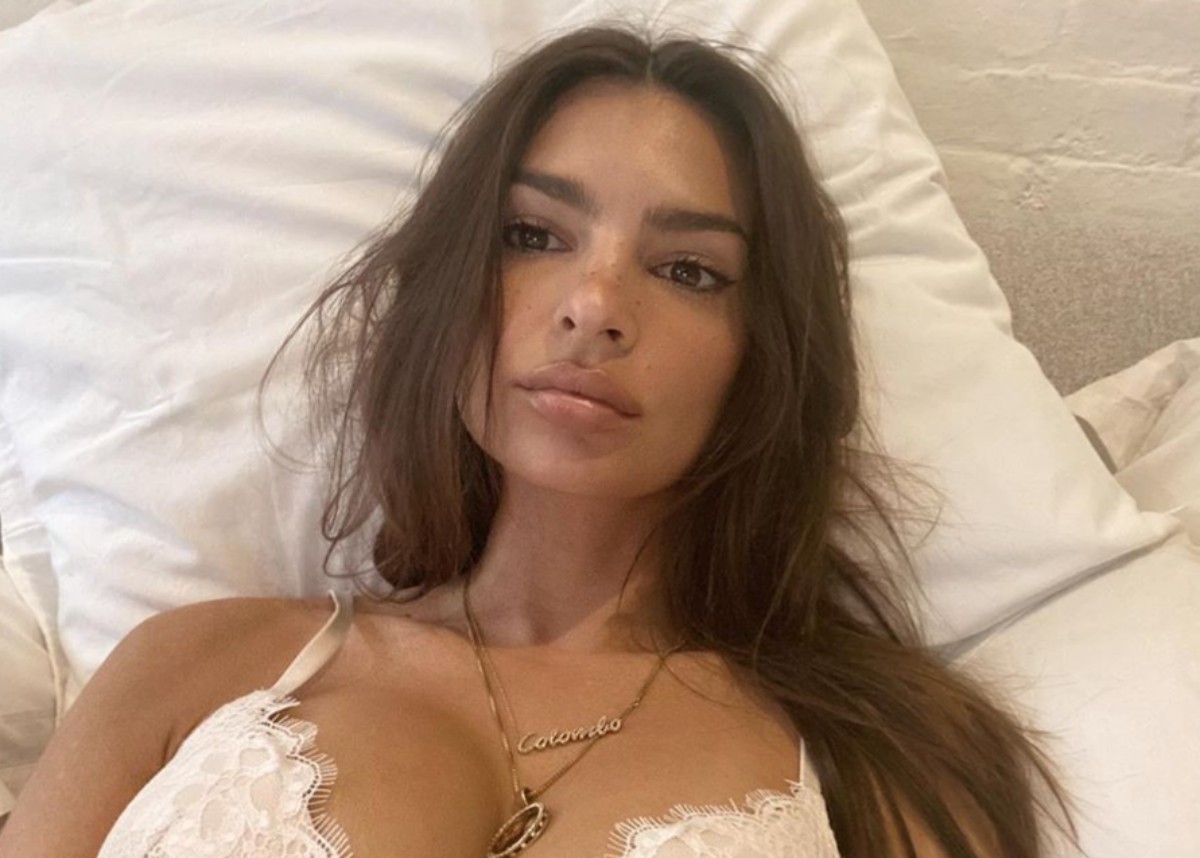 Emily Ratajakowski has her own line of lingerie and she modeled the clothing with a steamy Instagram pic that is going viral. In the photo, Emily is lying back in bed wearing a white lacy bra. Her head is resting against a white pillow and her hair is flowing and a bit disheveled. She only has light traces of makeup including black eyeliner and her lips appear natural with a bit of gloss. Freckles can be seen across the bridge of her nose. Though the photo appears to have been designed for promotional purposes, it has a very subtle, natural feel to it. She also shared a live video to her Instagram story wearing the same bra with a message to her haters who accuse her of photoshopping her figure.

Emily is wearing two gold chains. One has the name “Colombo” written on it. Colombo is the rescue dog that she shares with her husband Sebastian Bear-McClard. Next, is a chain that has a ring that appears to be a wedding or anniversary ring. The bra that Emily is wearing has a feminine, lacy pattern with scalloped fringed detail around the edges.

Emily didn’t caption the photo and didn’t state the name of the bra she is wearing but fans responded to the picture saying they have purchased her Inamorata Woman bras, lingerie, and swimsuits (including bikinis) and love the items.

You may see the photo that Emily shared with her 25 million followers and has since gone viral below.

She also shared a video of her lying in bed wearing the bra and showing off her curves in her Instagram story where she wrote the caption, “When haters say it’s Photoshop.” The video had the word “Live” flashing on the screen. Emily has dealt with many hateful comments from those who say she photoshops her body and doesn’t really look the same in photos and real life.

What do you think about Emily’s newest photo? It currently has 2.2 million likes and over 18,000 comments. Are you one of the people who have accused Emily Ratjkowski of using photoshop to enhance her photos? 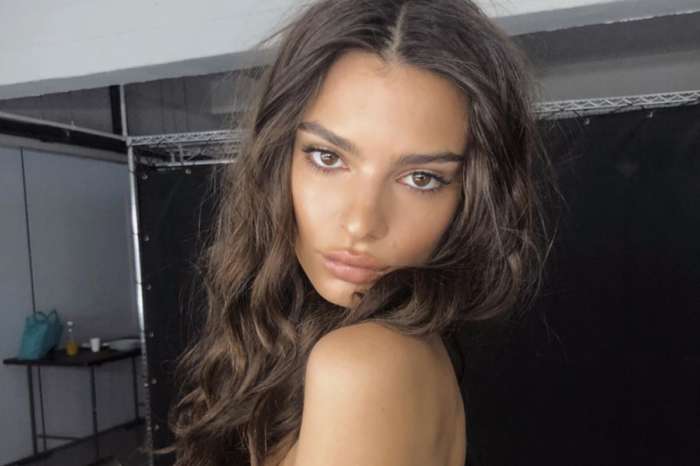 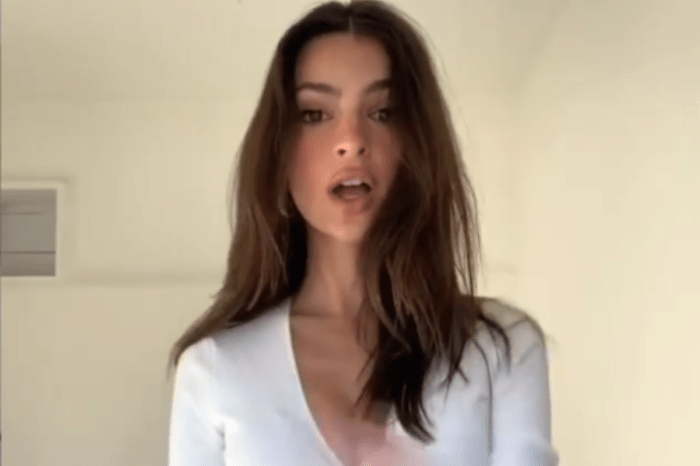 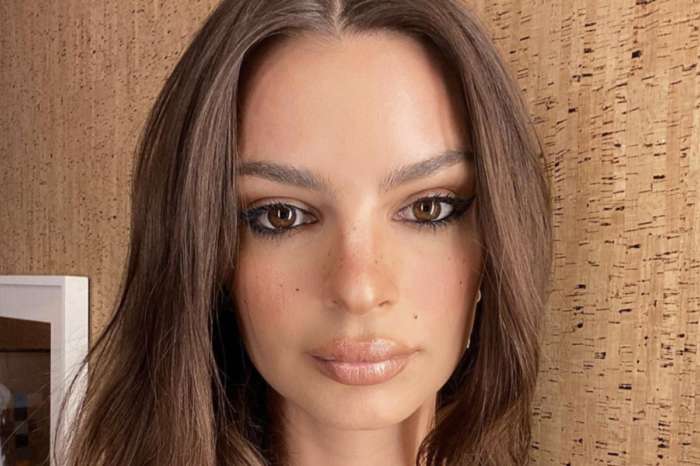 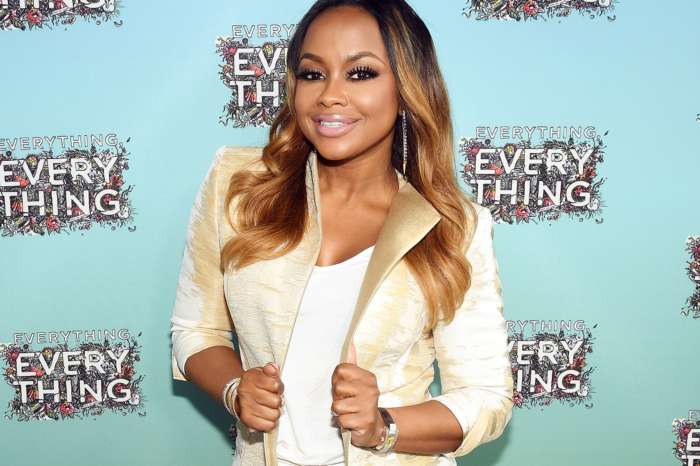