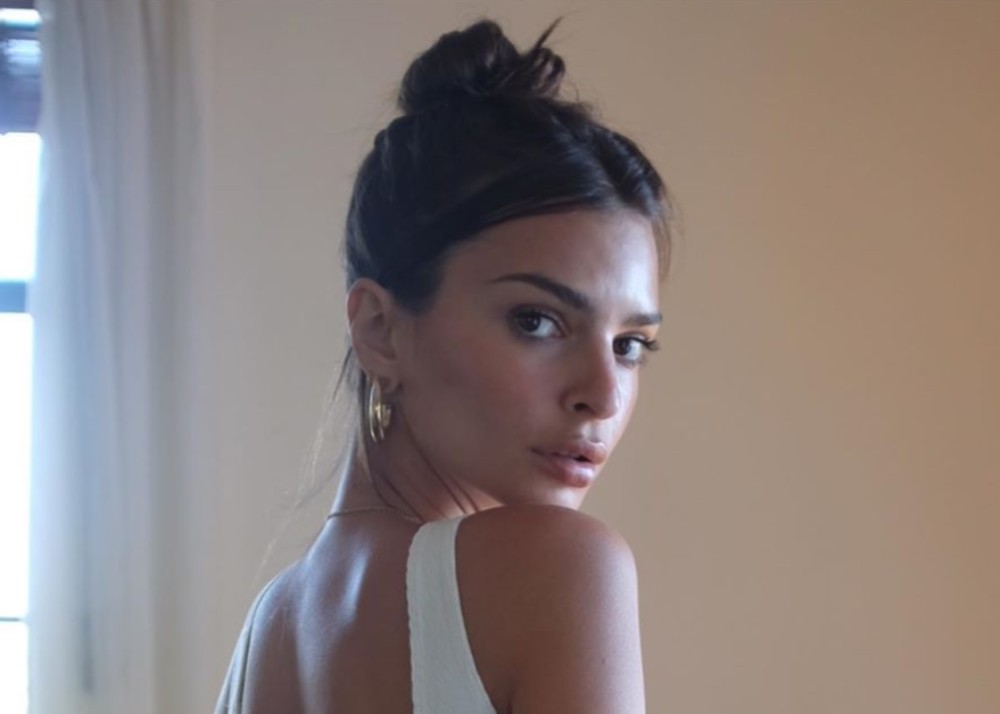 Emily Ratajkowski is proud of her body and there is no reason why she shouldn’t be. Since she burst on the scene starring in Robin Thicke’s and Pharrell’s video “Blurred Lines,” Emily has been regarded as one of the most beautiful women in the world. Her new swimsuit and lingerie line Inamorata Woman continues to do well and many people praise Emily for her sexy photos and bathing suit styles. In one recent photo that Emily shared to her Inamorata Woman Instagram page, the response wasn’t all that she may have been expected. Emily posed topless and instead of getting praised for her flawless figure, she was accused of a major photoshop fail.

In particular, eagle-eyed viewers pointed out the area around Emily’s rib cage doesn’t look correct as it juts out underneath her bust, towards the abdomen region.

Emily captioned the photo with a simple suggestion for people to shop at her store. She wrote, “Cozy and sexy. Shop now.”

The response was quick with multiple people accusing her of photoshopping the picture.

One person commented with the following.

“Yikes… your ribs protrude past your breasts. Must be photoshopped.”

Another shared the following response.

“But who tf photoshopped this??”

You may see the photo that Emily shared with Inamorata Woman’s more than 474,000 followers below.

Emily chose not to respond to the controversy and accusations and has been busy promoting her newest bathing suits in the Inamorata Woman’s line. While there have been several controversies and criticisms pointed at Emily’s bathing suits (many feel they aren’t designed for women of larger shapes and sizes) this is one of the few times that Emily has been accused of photoshopping her figure in her photos.

Emily is revered for her petite frame and flawless curves. She chooses to do most of the modeling for Inamorata bathing suits and clothing and you’ll find her wearing the garments in photos posted to both the Inamorata Woman and her official EmRata Instagram pages.

What do you think of the controversy? Did you look at the photo? Do you agree with those who are accusing Emily Ratajkowski of photoshopping her topless photo?

Kenya Moore Is Celebrating The Fact That Her Miracle Baby, Brooklyn Daly Is Standing - See The Gorgeous Photo