Celebrity stylist Petra Flannery is being slammed online for dressing Renee Zellweger in drab outfits as she continues to sweep the 2020 award show season. In addition to fans being underwhelmed by Renee, they have also pointed out that Emilia Clarke attended the British Fashion Awards with a poorly executed hems. Now some are suggesting that Renee replace Petra as her stylist, before the Oscars. They are tired of seeing her show up in drab, black outfits without any bold jewelry to even offset the looks with color. Renee is also being criticized for wearing "boring" hairstyles and not enough makeup.

While it may be Renee's personal choice behind the subdued looks (maybe she's just not a fan of extravagant colors), it is Emilia Clarke's hemline that is leading some fans to think that Petra may not be giving enough effort into creating award-winning looks.

You may see a closeup of Emilia Clarke's hemline below. 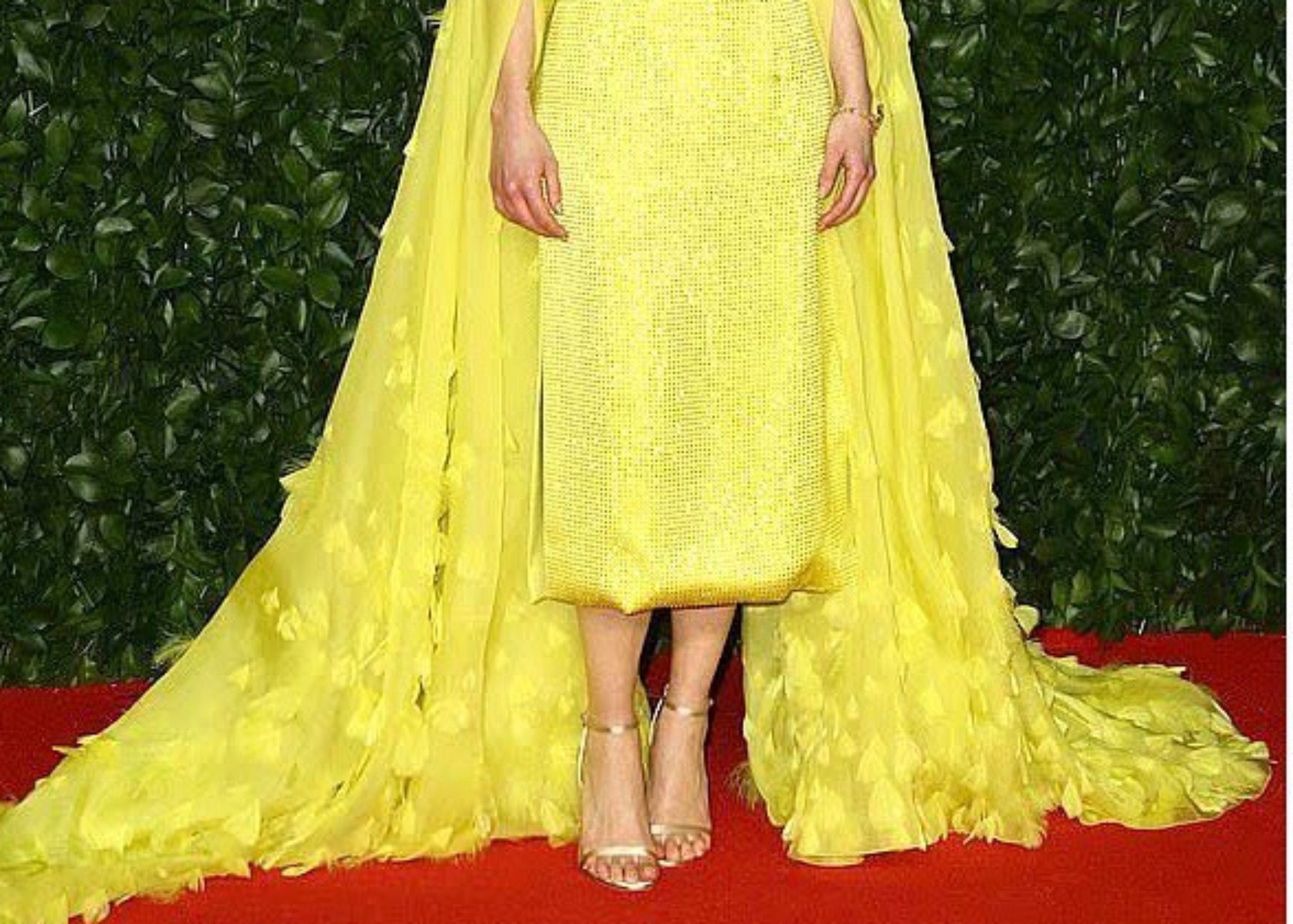 Here are two photos from Petra's Instagram featuring Emilia Clarke and the beautiful Schiaparelli gown with the uneven hem.

You may see a video Schiaparelli shared featuring the gown and the correctly tailored hem below.

Fans are tired of seeing Renne wearing solid black without any jewelry such as earrings or necklaces to add beauty and contrast. Renee's makeup has been so natural, it looks like she isn't wearing any at all.

Here is Renee Zellweger in a black Dior dress at the Critics' Choice Awards.

Fans have said enough of the black dresses, we want to see Renee in color!

"She should diversify her look.. this is the same look as the one in Golden Globe, just different color.. she can do better than this! She’s gonna be campaigning hard, time to take it up a notch!!!!!!!"

There is no question that fans' favorite look on Renee is the periwinkle blue, Armani Dior dress she wore to the Golden Globes. Many said they were thrilled that she wasn't wearing black and opted for another color.

What do you think? Do you like the simplistic, natural approach that Renee has been serving on the red carpet or do you think Petra and Renee need to liven things up a bit?

What do you think of Emilia Clarke's hemline? Do you think it looked sloppy?

Emilia Clarke Says She Was Told She 'Needed' Fillers In Her Face - Here's How She Reacted!

Cardi B Backs Off Her Desire To Leave The U.S. - She Now Wants To Run For Congress