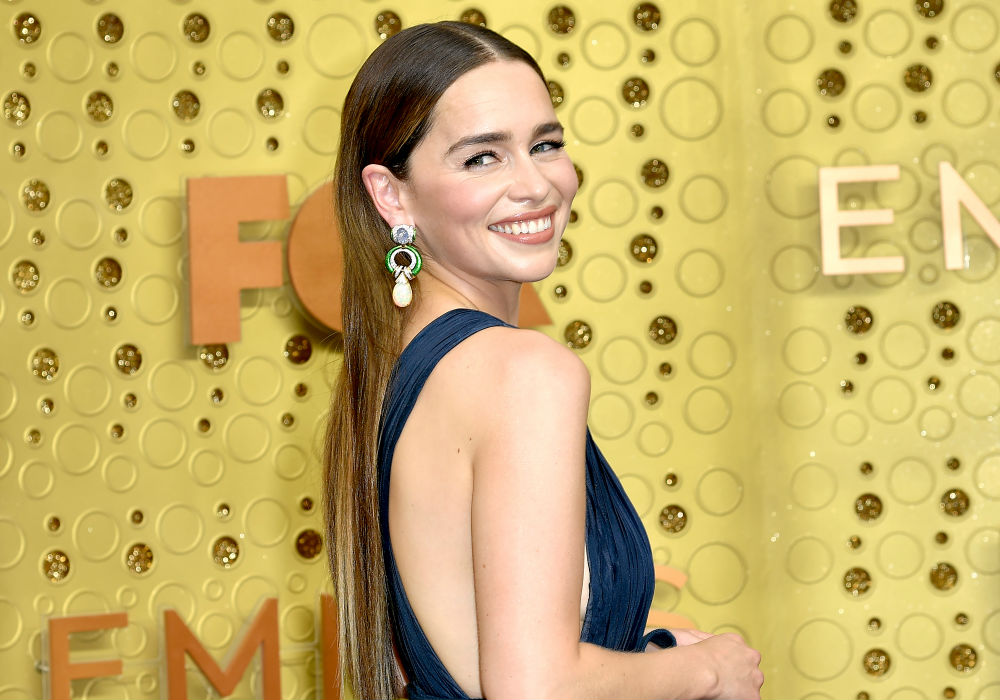 The latest season of Game of Thrones has been under intense scrutiny since the show’s finale air back in May. Emilia Clarke (Daenerys Targaryen) continues to defend her show’s controversial final season after fan’s backlash concerning the show’s final narrative.

The Game of Thrones cast reunited at the Microsoft Theater in LA on Sunday, September 22nd. The cast was given a standing ovation by the room full of Hollywood a-listers.

Bend the knee. #GameOfThrones star and nominee Emilia Clarke has arrived at the #Emmys2019 https://t.co/UfN0XBaDMt pic.twitter.com/LtR3Ac1B4l

“You know what? It was profoundly flattering is what it was because when someone cares that much that they’re ready to make such a noise about how they believe the characters should’ve been finished and how the story should’ve gone. That’s just enormously flattering. That just shows how much everybody loved it,” Clarke told Variety.

Clarke went on to talk about the feelings she had while wrapping Game of Thrones and finishing up the final season.

She also expressed her mixed feelings about how Daenerys’ storyline was finalized. The actress also commented on her disappointment in not having the opportunity to take home her character’s wig from the show.

Clarke revealed that the backlash of the finale has come in many different forms and now says it’s been easy to process since everyone has had time to cool down following the final season and its controversy.

The show ultimately gathered 32 Emmy nominations for its final season.

Clarke, who was nominated for Outstanding Lead Actress in a Drama Series, doesn’t think there’s any room for continuation of the show in this format, stating that the cast “Put our heart and soul, blood, sweat, and tears, muscle, brain energy, everything into this and I feel like everybody’s families are like ‘Thank God, you’re done. We can get everyone back.

"i didn’t take anything [from set]. i took daenerys in my heart forever.”

although she didn’t win the emmy tonight, i just wanted to thank emilia clarke for her hard work and passion. daenerys meant the world to her and i’m so glad she was our mother of dragons 💗 pic.twitter.com/bNe2XaFYuf

Even with the controversy Game of Thrones set records when it came to viewers. Ultimately, 18.4 million viewers tuned in to the season 8 finale.