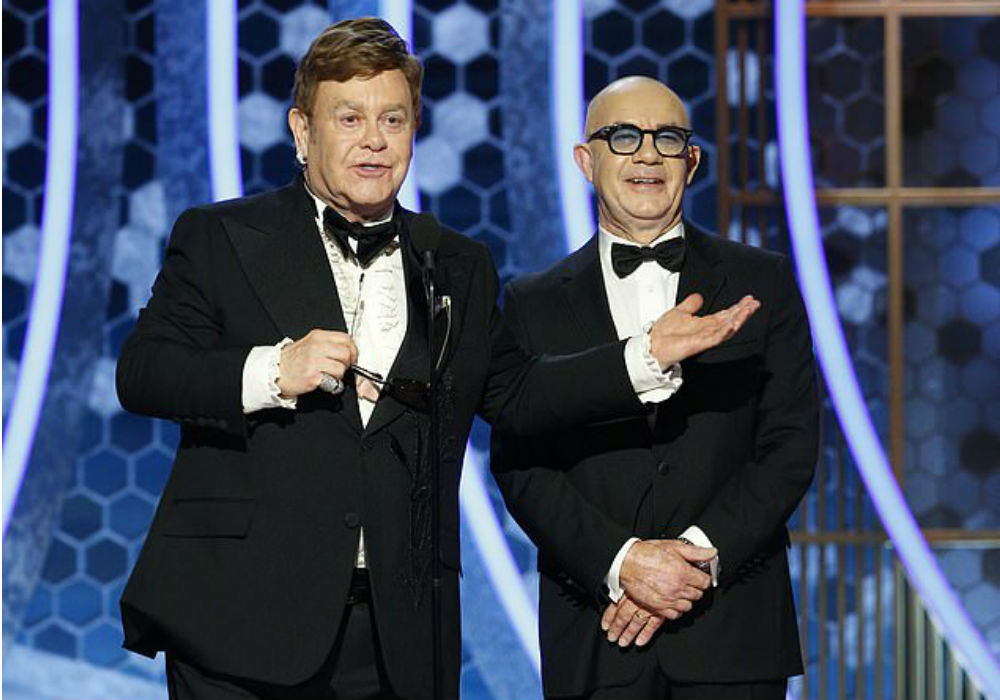 It doesn’t seem possible, but Elton John and his writing partner Bernie Taupin just won their very first award after working together for 52 years! The duo won the Golden Globe for Best Original Song for their work on I’m Gonna Love Me Again from the Elton John biopic Rocketman.

The writing duo has been working together since 1967, and are responsible for massive hits like Bennie and the Jets, Candle in the Wind, Crocodile Rock, Daniel, Don’t Let the Sun Go Down On Me, Rocketman, Goodbye Yellow Brick Road, Tiny Dancer, and Your Song.

According to The Daily Mail, John and Taupin met and started collaborating after they both answered an ad for the New Musical Express. That was the first time that John got his hands on Taupin’s lyrics, and the rest is history.

Taupin called his professional relationship with John a “52-year-old marriage,” but somehow he and John have never won an award together. John has won multiple Grammys over the years, as well as two Golden Globes, an Oscar, and a Tony. But, this is the first time John and Taupin have shared an award together.

“This is really sweet because this is not just about for a song we wrote for a movie which deals with our relationship,” Taupin, 69, said during his acceptance speech. “And it’s a relationship that doesn’t happen too much in this town. It’s a 52-year old marriage, so thank you.”

John, 72, added that it was very humbling to win the award, as they were going up against some serious competition from great songwriters. He also mentioned that it was the first award he and Taupin had won together, as the crowd applauded the legendary duo.

When did Bernie Taupin become so much older looking than Elton John!? Clearly I have not been keeping up. :/ #GoldenGlobes pic.twitter.com/xEbzaSixkm

“We never won a Grammy, we never did anything together except for this, and I’m so happy, thank you so much,” said John.

In Rocketman, Taron Eagerton played Elton John, while Jamie Bell took on the role of Bernie Taupin. The movie was also nominated for Best Motion Picture – Comedy or Musical, but it ended up losing out to Quentin Tarantino’s Once Upon A Time In Hollywood. Eagerton, however, did take home the Golden Globe for Best Performance by an Actor in a Motion Picture – Musical or Comedy.

Elton John is currently in the middle of his three-year Farewell Yellow Brick Road tour, which will end in December at the O2 Arena in London. After that, John says he is retiring from touring to spend more time with his husband, David Furnish, and their two children.