Ellen DeGeneres Sat Next To George W. Bush At The Cowboys Game And The Internet Can’t Handle It 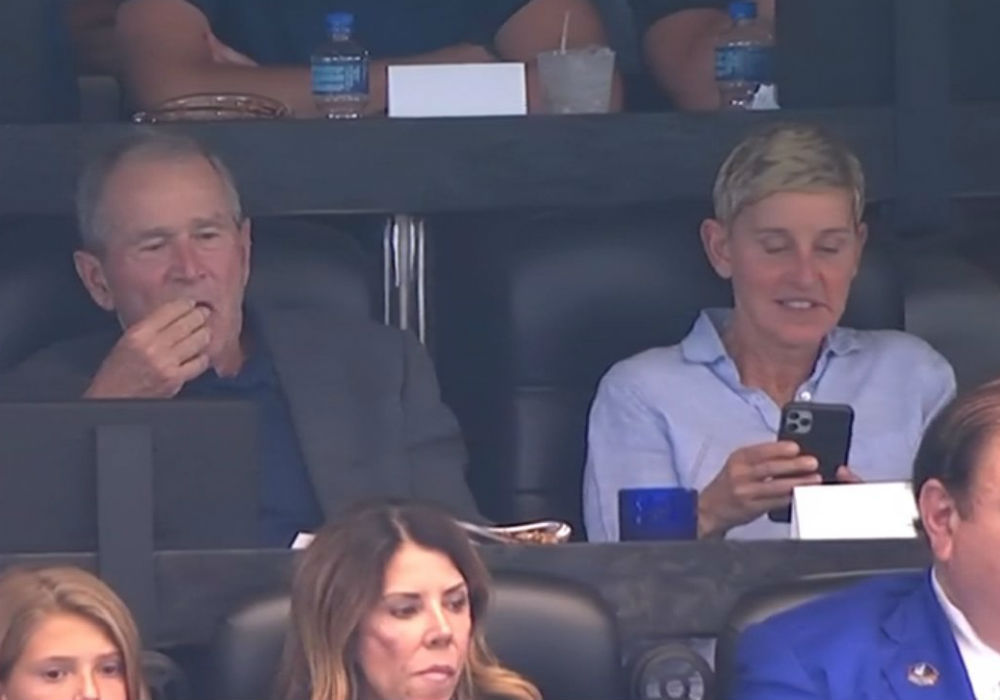 Millions tuned into Fox on Sunday to watch the Dallas Cowboys play the Green Bay Packers, but what was happening on the field wasn’t nearly as entertaining to some viewers as what was going on in one of the private suites at AT&T Stadium. During the broadcast, cameras caught former President George W. Bush sitting next to Ellen DeGeneres, and the memes quickly started making their way through the internet.

President Bush attended the game with his wife – former First Lady Laura Bush – and DeGeneres brought along her wife, Portia de Rossi. Despite their supposed political differences, everyone appeared to get along just fine. Still, the surprising image instantly became a meme, and fan reaction ranged from funny and silly to critical.

The best part about this #Cowboys game is seeing @TheEllenShow and George W. Bush hanging out… I’m shook… the best friends we never knew we needed pic.twitter.com/4UrZ9Jeroj

“Laura & George Bush sitting with Ellen Degeneres and Portia de Rossi is not something I expected to see at an NFL game,” wrote Twitter user @cjzero. “I would absolutely watch this sitcom though.”

ESPN’s Clinton Yates tweeted that the unlikely duo sitting next to each other “definitely qualified as a Sunday shocker,” while another tweet simply challenged everyone to “Name a more weird couple.”

The comments continued to pour in, with fans asking what the two could possibly be talking about. There was also some serious criticism of DeGeneres, as many Twitter users couldn’t get over her willingness to sit next to the former POTUS, considering his anti-LGBTQ policies and his war in Iraq and Afghanistan that is still going on to this day, and has resulted in the deaths of thousands on both sides.

Luckily, there was some positive responses, with many reminding others that they shouldn’t hate the sight of two people on opposite sides of the political spectrum sitting next to each other.

“I don’t know why people are hating on this. This is exactly what our world needs right now. We need to see that people who disagree politically can sit together, be kind, and enjoy a football game,” one user tweeted. “Chill people. This is a good thing.”

If you want to know what's wrong with political discourse in America, here is a wholesome shot of George W. Bush and Ellen DeGeneres enjoying a football game together with their respective spouses, and the comment section is flooded with people calling Bush a "war criminal" https://t.co/g4Yx92ip7y

Putting politics aside, one fan tweeted that George W. Bush is the “objective correct choice for best living president to hang out with.”

The former President has experienced a significant change in public perception since he left office in 2009. Bush became focused on painting and using that talent to champion veterans in his 2017 book Portraits of Courage: A Commander In Chief’s Tribute to America’s Warriors.

According to People Magazine, George W. Bush appeared on The Ellen DeGeneres Show at that time to promote the book, and he explained that the men and women he painted are people who he has “gotten to know and really like.” President Bush said that he shares a bond with veterans that is “hard for people to understand.” 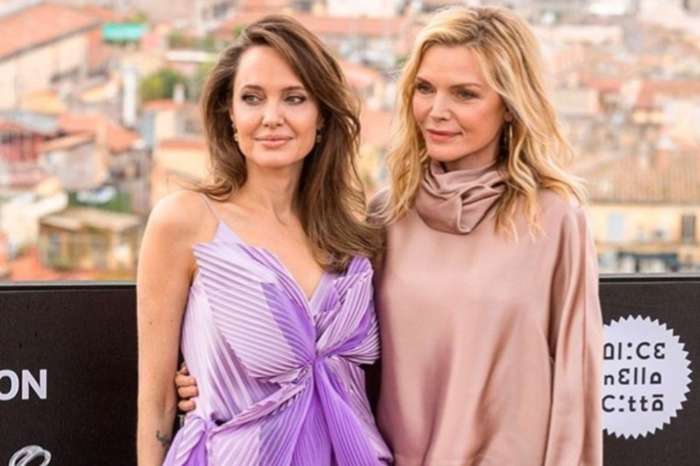 Angelina Jolie And Michelle Pfeiffer Stun At Maleficent: Mistress Of Evil Rome Photocall — And Yes, Fans Are Shipping Them