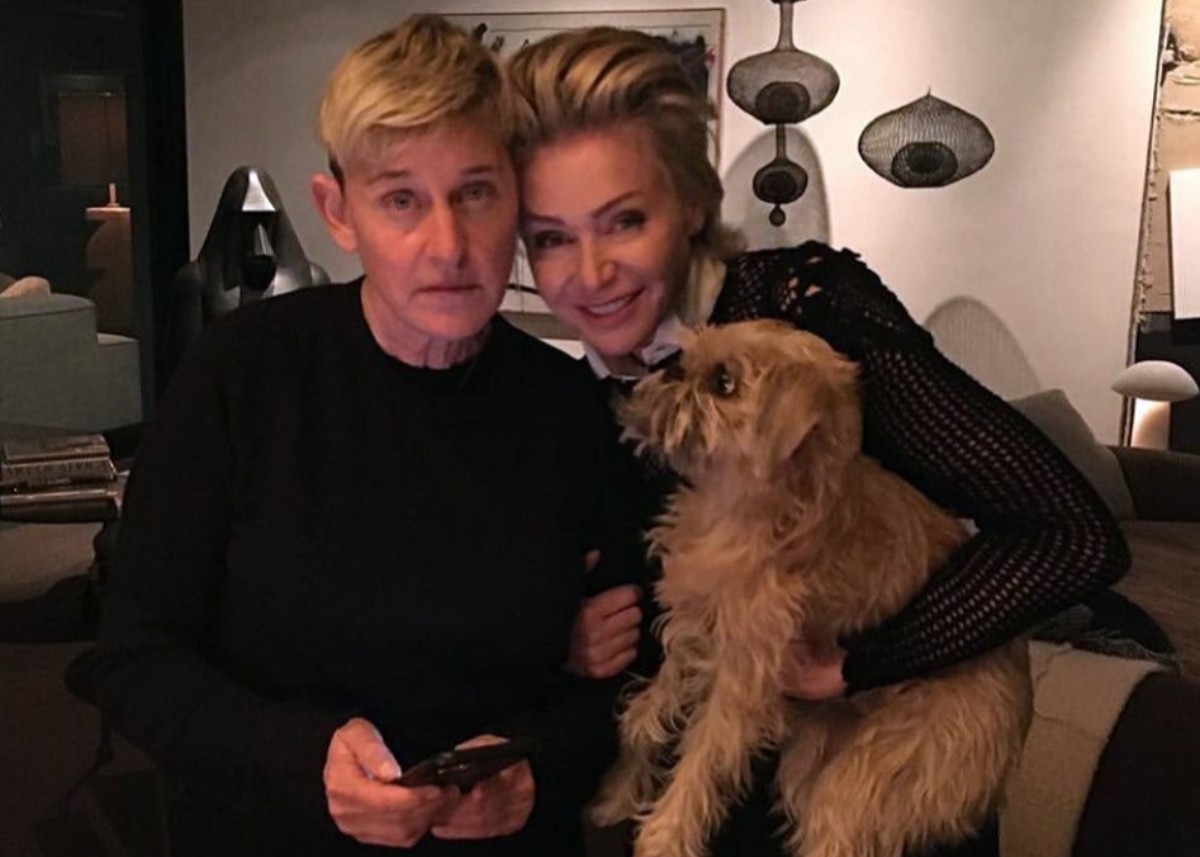 You may have seen reports suggesting Portia de Rossi and Ellen DeGeneres were on the verge of breaking up — don’t believe it! If you watch these two in public they are very much in love and committed to making their marriage works.  The couple is going into their 12th year of wedded bliss and new reports state the two have taken steps to ensure their marriage remains a passionate one. According to the February 3, 2020, issue of Star magazine, the two have put hard work into their marriage and it’s paying off.

A source stated that Ellen and Portia have used several strategies to strengthen their marriage and it seems these tips would help anyone whose relationship may be going a little stale.

First, the source says that Ellen and Portia have removed all negativity from their lives and along with that is jealousy!

“They’ve decided to banish all negativity from their lives. No more jealousy, no more bickering — and more date nights!”

Both Portia de Rossi and Ellen DeGeneres lead very active lives and have high-profile and highly successful careers. The source told the outlet that it was their careers that were driving a wedge between the couple and causing them to live separate lives.

When Portia and Ellen were at the Golden Globes, the two put on plenty of PDA and there was no sign of any trouble in Ellen and Portia paradise.

Neither Ellen nor Portia has ever gone public to suggest their marriage was in trouble, but there is nothing wrong with the advice expressed in the Star article.

The article continued to state the following.

“It’s give and take, and they’re making each other the priority now. Whatever they’re doing is working, because their dynamic has already improved.”

Ellen has long been an LGBT activist and role model and there’s no doubt that her long-lasting marriage to Portia is admired by the LGBT community.

Ellen may feel a lot of pressure to make her marriage work, despite all costs simply because of the number of people who look up to her and admire her. It doesn’t appear that Ellen or Portia need to worry about disappointing their fans because this is one couple that seems to have a handle on their relationship and will make it for the long-haul.