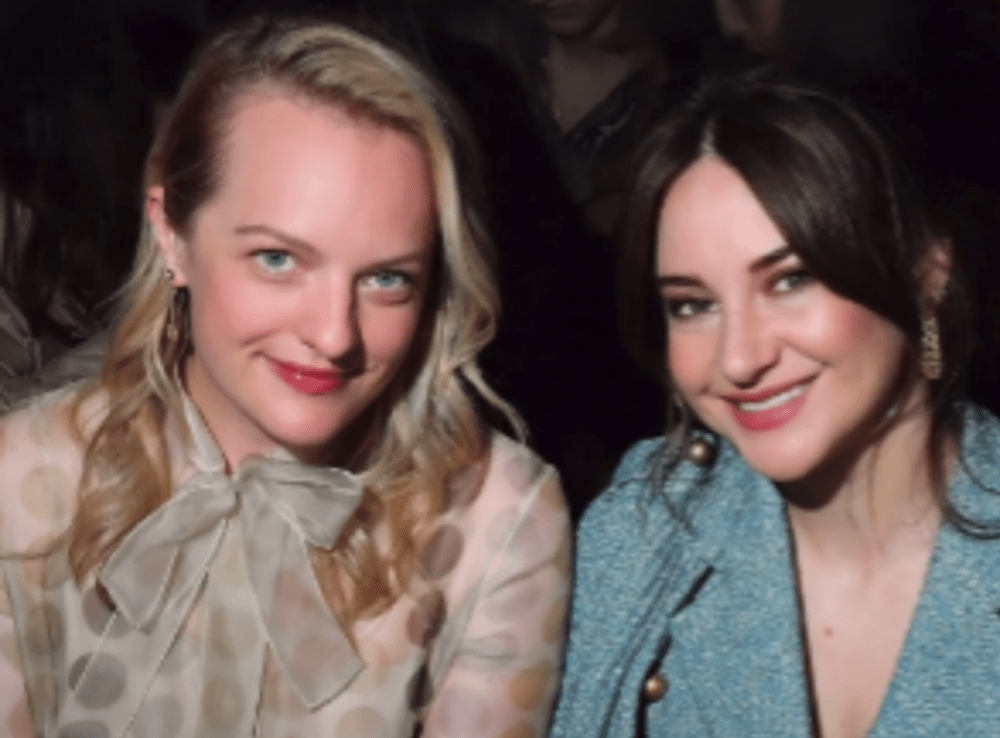 Elisabeth Moss and Shailene Woodley attended the Dior Haute Couture show and stunned.  The two were seated in the front row and were photographed wearing the latest designs from renowned designer Maria Grazia Chiuri. Maria is the first woman to helm Dior’s artistic direction.  Shailene wore clothes from Dior’s Spring-Summer 2019 collection, while Elisabeth arrived in an outfit from Dior’s Fall 2019 line. The Haute Couture show displayed the latest fashions from the Autumn-Winter 2019-2020 line.

Dior shared a video of both Elisabeth and Shailene where they spoke about Dior and fashion.

Elisabeth explained that the Haute Couture show was her very first and that the bar was now set incredibly high. It was her first time at Paris fashion week and you could see her shaking hands with other celebrities such as Gal Gadot. Elisabeth described the show as beautiful and dramatic. She said she felt as if it were a cinematic collection.

“The clothes obviously are so feminine and make a woman look very womanly but at the same time there’s a power and a strength.”

Shailene Woodley raved about one of the dresses in the show. She remarked that you could hear beads hitting the floor, yet the dress looked dainty. Shailene continued to praise Maria’s use of embellishments such as buttons and beadwork on the designs.

You may see the video of Elisabeth Moss and Shailene Woodley talking about the Dior Autumn-Winter collection in the video player below.

In this video, experience the Dior Autumn-Winter 2019-2020 #DiorCouture show by #MariaGraziaChiuri just as front-row guests @ShaileneWoodley and @ElisabethMossOfficial did as the two stars weigh in on everything from the incredible décor to the connection between women, fashion and architecture. #StarsinDior

You may see Shailene Woodley’s full outfit that she wore to the show below.

Dressed in a #DiorCouture look from the Spring-Summer 2019 collection, actress and #BLL2 star @ShaileneWoodley attends the unveiling of the Dior Autumn-Winter 2019-2020 Haute Couture show by #MariaGraziaChiuri.⁠ #StarsinDior⁠

For the unveiling of the Autumn-Winter 2019-2020 #DiorCouture collection, @ElisabethMossOfficial, star of @HandMaidsonhulu, wore a total look from the #DiorFall19 collection by #MariaGraziaChiuri. ⁠ #StarsinDior⁠ ⁠

What do you think of Shailene Woodley’s and Elisabeth Moss’s choice of Dior dresses at the show? Do you think they looked glamorous?

Do you agree with Shailene’s and Elisabeth’s views about fashion? Are you looking forward to the Autumn-Winter 2019-2020 collection?