Most celebrities, when they’re announcing their separation, are relatively professional in their joint statement. Typically, their statement reads like a standard PR letter: not many slang terms, and certainly no swearing.

However, Mr. Eli Roth and his spouse, Lorenza Izzo, chose to keep it real in an Instagram post where they revealed to their fans their intention to break it off for good. You can check out the Hostel director’s Instagram post below.

On the 16th of July, the couple uploaded a post on social media in both the English and Spanish language, announcing that they’re ending it for good.

They wrote in a joint message, “It is with deep love and respect that we are choosing to separate as a couple.”

After a few lines of standard PR, the couple said they would have to break up because they don’t want to “f*cking kill each other.” Interestingly, one of Eli’s collaborators, Nicolas Lopez, was accused of sexual assault and rape, so one wonders if that has something to do with their choice to separate.

Nonetheless, the 46-year-old director, and the actress, 28, first got married in Chile in November 2014. One source who spoke with us explained, “everyone is honestly kind of surprised. They had a passionate relationship, heated at times, but it seemed like they would be together for a long time.”

An insider said to us around the time of their wedding that the ceremony was fantastic, with a singer from Iceland making an appearence, Brazilian dancers, as well as other performers from around the world.

Additionally, roasted lamb and wine were served and people partied until 4 a.m. As you may know, Roth and Izzo collaborated on a couple of different productions, including The Green Inferno and Knock Knock. She’s also appearing in his latest film, The House With A Clock In Its Walls. 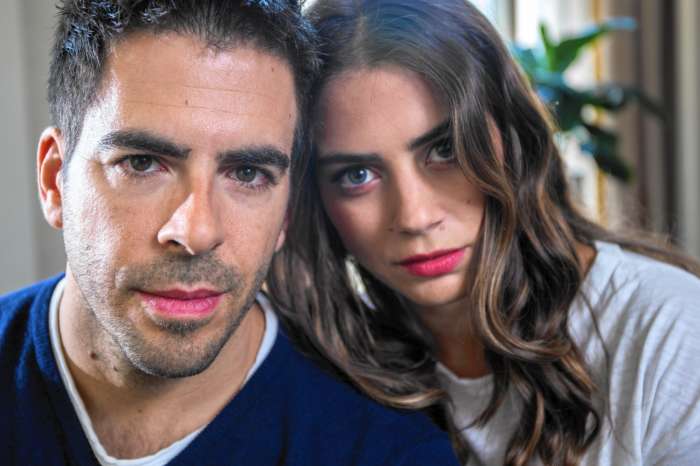