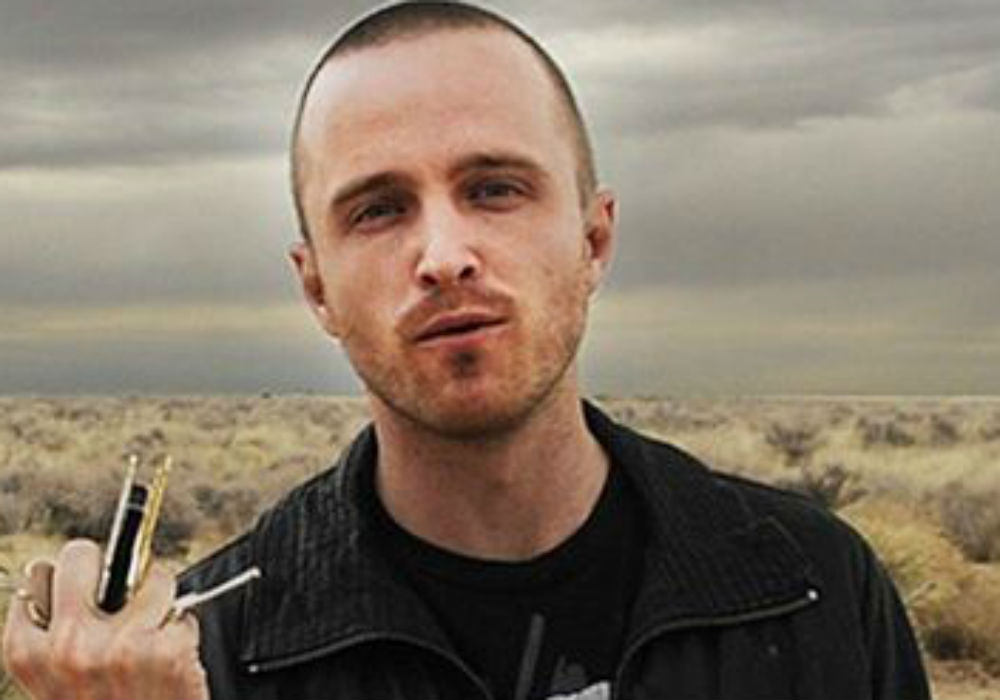 Breaking Bad fans might be disappointed that Better Call Saul didn’t take home any well-deserved Emmy Awards on Sunday night. But, they have reason to celebrate as Netflix gave them their first look at Jesse Pinkman (Aaron Paul) post-Breaking Bad series finale in the second official trailer for El Camino: A Breaking Bad Movie.

In the new sixty-second trailer, Jesse is smoking a cigarette and sitting in an El Camino that is parked in the New Mexico desert in the middle of the night after Walter White (Bryan Cranston) saved him and helped him escape from the Aryan Brotherhood.

As the camera closes in on the El Camino and the tense music starts to play, a breaking news report comes on the car radio about “a horrific scene with multiple victims.”

“It started when neighbors reported hearing hundreds of gunshots fired. When Albuquerque Police arrived they discovered the bodies of nine male victims, many shot multiple times,” said the news report. “Veteran police officers are calling the level of carnage, quote, ‘staggering.’ Apparently, a remote-controlled machine gun was used in the killings. Investigators are searching for a person of interest who fled the scene. Anyone who has information on this massacre is asked to call police immediately.”

As the teaser comes to an end, it shows Pinkman’s scared eyes in the rear-view mirror.

The last time fans saw the beloved character, he was speeding off in the El Camino in a frenzy after Walter White gunned down his captors who had forced him into slavery to cook methamphetamine.

The remote-controlled machine gun in the news story was a reference to the gun Walter used to kill the members of the Aryan Brotherhood. Walter saved his partner in crime, and he stayed behind to die as Jesse high-tailed it to freedom.

This man I am standing with (Vince Gilligan) is the reason I have a career. I would follow this man into a fire if he asked me to. That’s how much I trust him. This man gave me a chance back when nobody else would. He went to bat for me when almost everyone said I wasn’t the guy for Breaking Bad. He played his Ace by saying “Well you know what…I’m not doing the show without him”. And here we are. I love you my brother. The world will soon see the secrets that we keep. Here’s to many more years of secrets. 📷 @fwo3

The first trailer for the upcoming two-hour movie featured Skinny Pete (Charles Baker) in the middle of a police interrogation as they attempted to get information about Jesse’s whereabouts. However, Skinny Pete didn’t know where Jesse was, and even if he did, he told them he wouldn’t talk after what Jesse has been through.

Breaking Bad creator Vince Gilligan wrote and directed El Camino: A Breaking Bad Movie which will premiere on Netflix on October 11th. Better Call Saul will return to AMC for its fifth season in 2020. And, at the Emmys ,Jonathan Banks (Mike Ehrmantraut) confirmed that he will also star in El Camino.