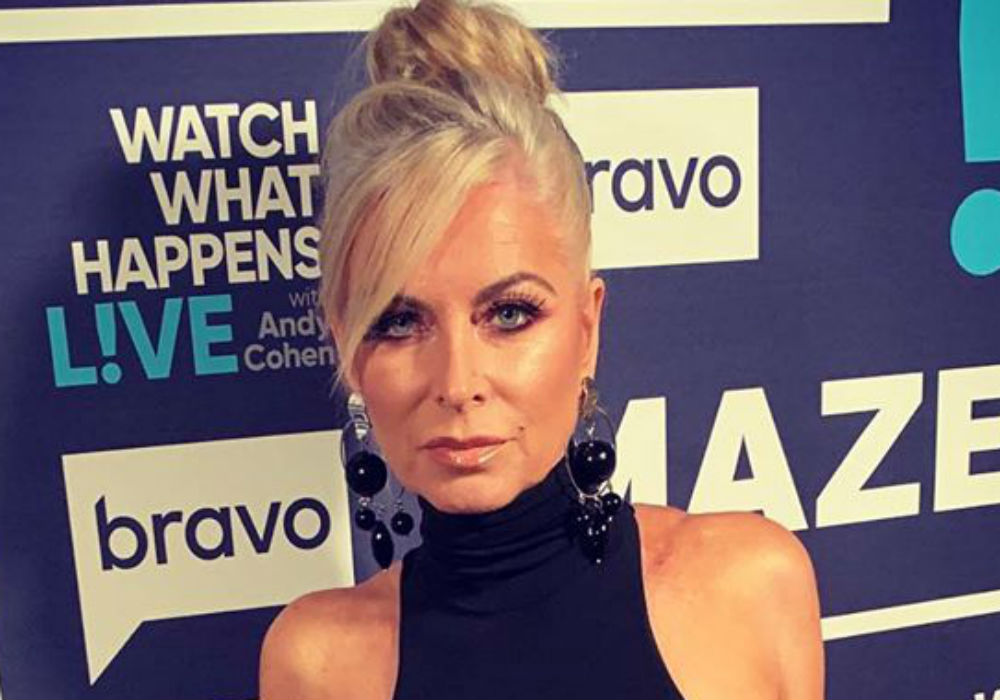 Former Real Housewives of Beverly Hills star Eileen Davidson visited the clubhouse at Watch What Happens Live with Andy Cohen this week, and she didn’t hold back her feelings about what’s been going on in the 90210 since she exited the show. Davidson dished on everything from #Puppygate to whether she’d ever return to RHOBH, and she also shared her true feelings about Lisa Vanderpump quitting the show.

Davidson was a full-time RHOBH cast member during Seasons 5 through 7, and she made a cameo in Season 8. However, she hasn’t been back since, and a WWHL caller wanted to know if she would ever return to the show.

“I might pop in now and again, you never know,” said Davidson.

She said the same thing in an interview with KTLA5, explaining that she enjoyed aspects of the show, but the anxiety level is very high. Davidson said there are no rules on RHOBH, adding “it’s like the wild, wild west of women.”

During the “Spill on the Hills” segment on WWHL, Cohen asked Davidson about her thoughts on #Puppygate and who was “more in the wrong” during the scandal, Vanderpump or Dorit Kemsley. After taking a beat to think about her answer, Davidson replied, “Lisa Vanderpump.”

Davidson also refused to co-sign the claim that Camille Grammer is “two-faced” and “talks out both sides of her mouth,” explaining that she likes Grammer a lot. She also said that “straight-shooting is her preference.”

Cohen then pushed further in the segment about Davidson’s opinion of LVP. He asked the Young & The Restless actress about her thoughts on LVP “ditching the reunion and quitting the show,” and her answer was quite shocking.

Lisa Vanderpump: ‘I don't know how I got here but I'm so glad I did’ https://t.co/CYYdfW2tnD
Such a good interview! @lisavanderpump 😘😘

The 60-year-old actress also made it clear that she doesn’t think Vanderpump and Kyle Richards were ever good friends. When Cohen asked if she thought the two ladies would ever be able to work things out, Davidson said that she’s seen so many things about that “friendship,” and she thinks it’s over.

Watch What Happens Live airs Sunday through Thursday nights on Bravo. New episodes of Real Housewives of Beverly Hills will return to the network in early 2020.

I mean was her comment really necessary? Especially in the manner it was given?
Poor choice of words for a grown adult.
Poor character.
LVP was bullied this season and she just hopped onto that bandwagon. I get she’s close to Rinna, but she should have a mind of her own.

Well, no one ever accused Davidson of having any class, or for that matter any value as a light weight cast member of RHOBH. NOW she tries to act like a badazz? Desperation illustrated.