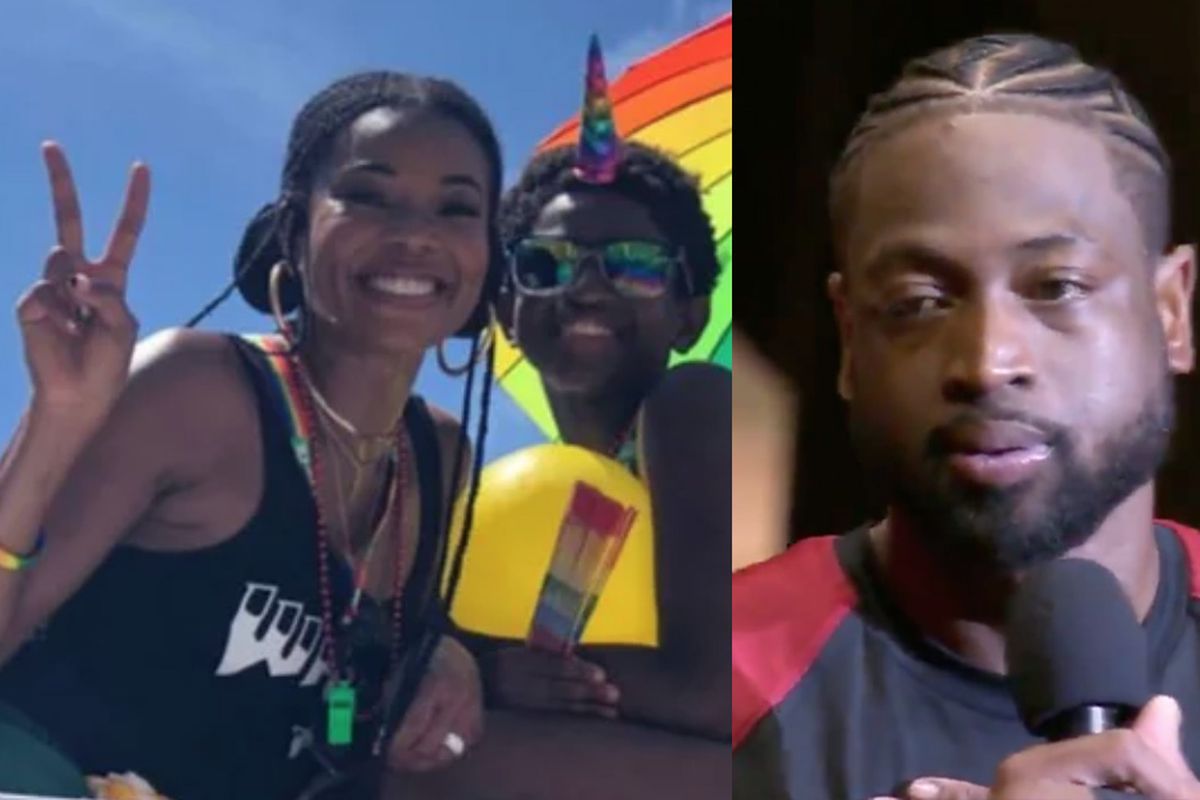 Dwyane Wade is setting a great example to all husbands and fathers by protecting his family from haters. After he came to Gabrielle Union’s defense after she was booted from America’s Got Talent, he took the time to address critics of his Thanksgiving photo.

Dwyane’s son Zion is out and proud. The entire family supported him earlier this year at Miami Pride.

The same son was seen in a lovely family photo that was shared on Thanksgiving where he was sporting fake nails.

‘I’ve seen some post-thanksgiving hate on social about my family photo. Stupidity is apart of this world we live in—so i get it. But here’s the thing—I’ve been chosen to lead my family not y’all. So we will continue to be us and support each other with pride, love & a smile!’

One follower tweeted: ‘Idk if @DwyaneWade&@itsgabrielleu know how POWERFUL & MOVING it is that they’re embracing their son’s individuality. (Damnit I’m crying) In our community, being given autonomy over your body, beliefs, image, & statements as a child isn’t a thing. That child is free & happy.’

The athlete retweeted her statement and added: ‘As a parent my only goal is that my kids feel that i see them , love them and support them.’

This follows the statement he made earlier in the year when he was slammed for allowing the 12-year-old to attend the LGBTQ celebration.

Wade explained to People Magazine that he’s never talked about his child’s sexuality because it’s not his story to tell.

The former Heat player went on to say: ‘I think as a family, we should support each other. That’s our job. And my job as a father is to facilitate their lives and to support them and be behind them in whatever they want to do.’

It’s great to see a father stand by his son when he needs him the most.

Princess Love And Ray J Are Allegedly Not Back Together Despite Reports And Instagram Posts -- She Didn't Know He Was Recording!