During Travis Scott’s Concert, A Fan Is Brutally Choked By A Security Guard – Watch The Scary Video

A new video has surfaced showing a fan getting held in a chokehold while he was attempting to get on stage as Travis Scott’s concert. The video is pretty scary.

Travis was performing at The Forum in LA on Saturday, December 16. He was there for the Cali Christmas concert, and a fan tried to go up on stage with him.

The fan’s plans were immediately interrupted by a security guard who choked him in order not to be able to go on stage.

Travis saw what was going on and he asked the guards to invite the choked fan to join him on stage. It seems that the poor fan got lucky after all. TMZ captured the brutal choking on video.

After the concert, the rapper and his crew went to Delilah which is a favorite Hollywood hotspot in the music and entertainment world.  He was spotted hanging out with Blac Chyna.

Dream Kardashian’s mom looked really friendly with him, according to insiders.

‘Travis rolled in with an entourage of buddies, and they sat at a booth,’ according to a source.

‘They ordered bottle service all night and drank Grey Goose as well as champagne. They weren’t hectic; it was a pretty chill vibe. Chyna was also at the club with her girls, and they sat in a separate area. She was wearing a pretty outrageous dress, one that was skin-tight and transparent, especially around the chest area! Chyna did stop by Travis’ table for about fifteen minutes, and they talked for a while, but it just seemed like friendly chatter.’

We’re wondering if Kylie Jenner was jealous when she heard this piece of information. She has not been thrilled with being alone all this time now that Travis is on the road while she’s reportedly pregnant with his child. 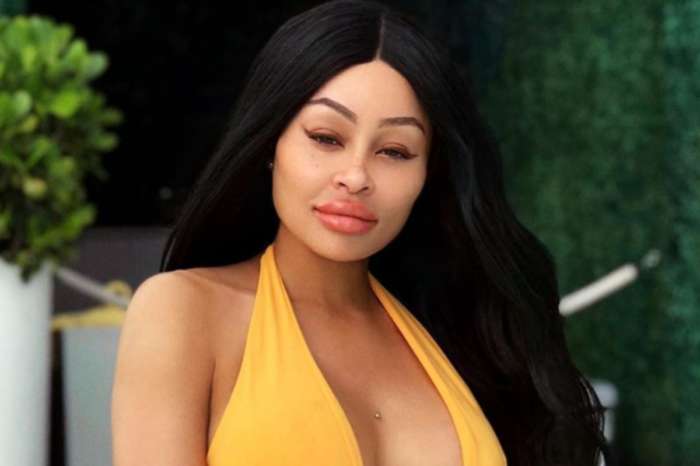 Sofia Richie Will Not Be Featured On KUWTK After All - Is It Kourtney's Jealousy To Blame?