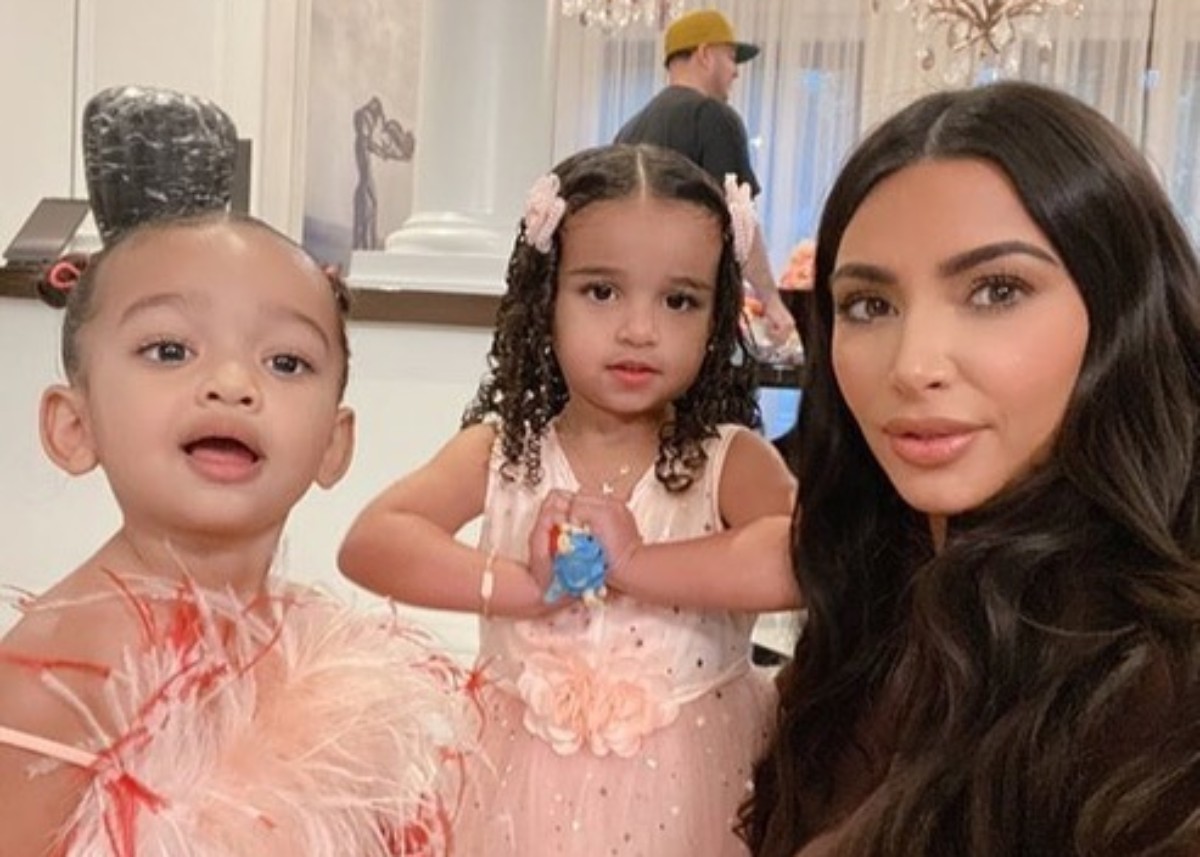 At this point, Kim is the only one who has shared photos from the event, but True Thompson was also there so maybe Khloe will soon post photos as well as there were also photos showing little True sitting on Khloe’s lap.

Kim was seen with Chicago and five-month-old Psalm and her father Rob Kardashian was spotted in the background of several photos.

Rob isn’t allowed to use his Instagram account after uploading intimate photos of his ex Blac Chyna.

You may see a video featuring the photos that Kim Kardashian shared from Dream Kardashian’s birthday party below.

The photos Kim shared are going viral across the Internet. There were several very touching pictures such as little Dream, gently giving her baby cousin Psalm a hug and a kiss. Psalm seemed to be having a great time at the party as she entertained himself with his toys and played quietly while seated in his car seat.

Another photo showed Dream giving her Auntie Kim a sweet kiss on the lips while Kim stood in the background with a drink in hand. A group of balloons, including one that appeared to be a troll head, was seen in the background as well.

Dream was definitely making the rounds as Kim snapped another photo of the adorable tot giving baby True Thompson a hug and a kiss on the cheek. True was busy eating what appeared to be a French Fry and seemed to consumed with her snack to take notice of Dream’s affectionate embrace.

Dream was dressed sweetly in a pink dress with her hair in long ringlets. She wore a pretty pink bow in her hair.

You may see the photos that Kim Kardashian shared with her 151 million followers as well.

#DreamKardashian celebrated her birthday early with her aunts and cousins.💕

You may see a picture of Dream Kardashian’s Troll cake below.

What do you think about Dream Kardashian’s Troll birthday party?

Were you surprised to see how affectionate Dream is?

Kim Kardashian Allegedly 'Relieved' That Kourtney Kardashian Is Stepping Back From KUWK: 'She Was Over The Fighting And Kourtney's Attitude'