MC Drake is not holding back. He made peace with Chris Brown in Los Angeles last night, and while appearing on LeBron James’ new HBO series, The Shop; he spoke about Rihanna, shared a picture of his son, Adonis, and slammed Pusha T.

Drake brought out Chris Brown at his concert. The beef is officially over!!! pic.twitter.com/1hs4ywGPvl

The rapper also spoke about Kanye West and revealed that he had some issues with his baby mama, Sophie Brussaux.

Drake showed the photo of baby Adonis and confirmed that he has blue eyes and loves to play ball.

He also bashed Pusha T by saying: “And I’m gonna tell you something: It’s like, I knew something was gonna come up about my kid. They had to add the deadbeat thing to make it more appealing, which is fine. I understand that. Even that, I was like, OK. The mom and dad thing, whatever. You don’t even know my family. But I’mma tell you, wishing death on my friend that has MS… I study rap battles for a living. Now when you mention defenseless people who are sick in the hospital, that passed away, that really sent me to a place where I just believed then, and believe now, that there’s just a price that you have to pay for that. It’s over. You’re gonna get… someone’s gonna f%cking punch you in the fucking face. The shit’s done, the event’s over. I wanted to do other things. I didn’t wanna further your reputation or your career by rapping back at you and having this exchange. And that was it for me.”

One fan had this about the baby’s eye color: “Can you imagine growing up with a whole white side of the family and showing up being the only different one at family functions and you want to relate to their culture because your a part of it and then doing the same on the black side of your family functions and someone got something to say on each side? I’m sure that does or has affected him at some point, especially being a child going through this when you’re heavily influenced.”

#Drake says #kanyewest is a snake ? ? behind close doors ? ????? #hiphopinyourmouthmedia

The person added: “Life is all about changes and finding yourself as you grow and every single person no matter what race you are, go through changes in life and grow. So even if he does have an identity crisis as you say, maybe that is just him. We don’t know. But my point is that based off of this video. You are insinuating he is insecure about his baby looking white. Seems like he likes white girls just as much as latinas and black women. So ??‍♀️ I’m sure his “identity crisis” isn’t spilling over onto his son.”

Pusha T already answered by laughing at the interview. 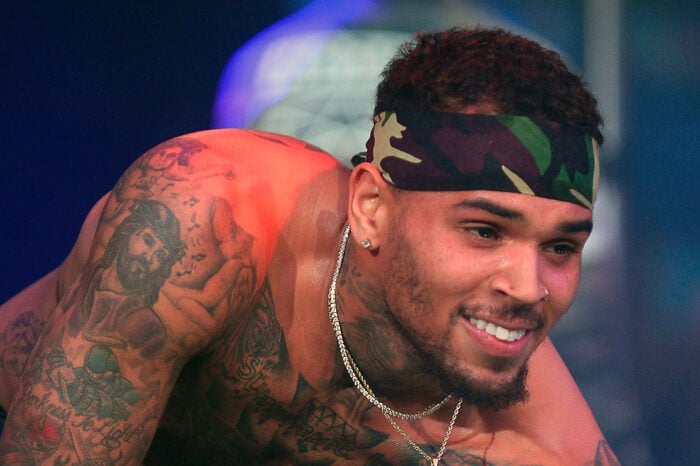