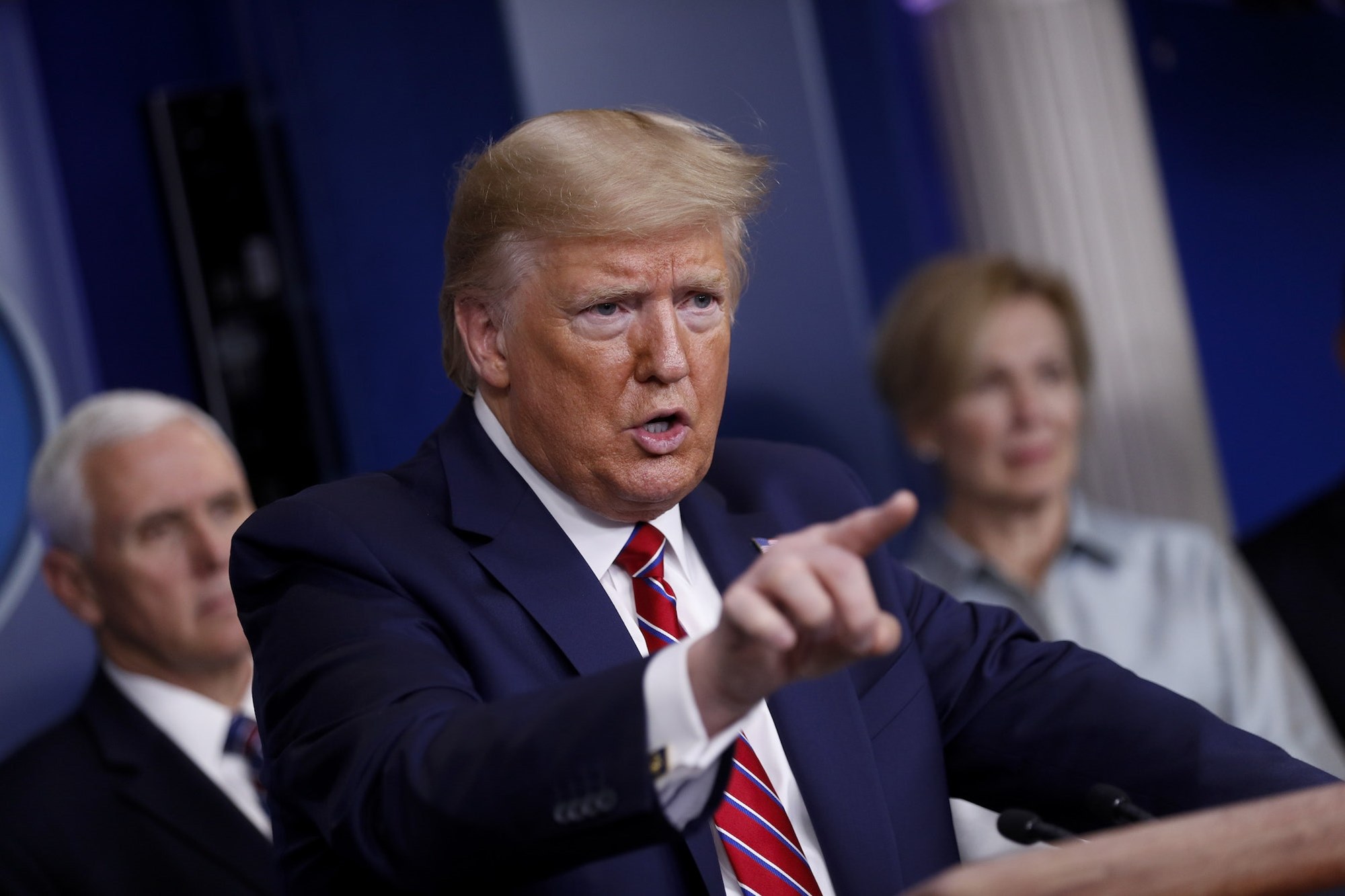 President Donald Trump is back at it — this time around, he is insulting almost all Democratic governors who have reached out to him during the coronavirus crisis that has infected more than 126,000 people in the US and killed over 2000.

The former reality TV star turned politician sat down with his friend and Fox News’ Sean Hannity, where they questioned the legitimacy of the governors’ pleas for more life-saving equipment such as ventilators to save Americans as the deadly virus spread.

Trump opened the finger-pointing party by slamming Jay Robert Inslee, who is the governor of Washington: “We have people like Governor [Jay] Inslee, and he should be doing more. He shouldn’t be relying on the federal government. That’s the state of Washington. He was a failed presidential candidate, and he is always complaining.”

Next up is the Democratic governor of Michigan, Gretchen Whitmer: “And the governor of Michigan, she’s not stepping up. I don’t know if she knows what’s going on, but all she does is sit there and blame the federal government. She doesn’t get it done, and we send her a lot. Now she wants a declaration of emergency and have to make a decision on that.”

Trump took some nasty shots at New York Governor Andrew Cuomo, who is being praised for the manner he is handling the situation: “I am getting along with Governor Cuomo. I think that a lot of things are being said that are more, I don’t think certain things will materialize, a lot of equipment is being asked for, but I don’t think they’ll need. I grew up, was born and raised in New York and then it is ‘I need 30,000 ventilators!’ and it was like ‘OK, it was annoying me.”

Trump went on to make the wild claim that Cuomo was making up numbers and added: “I have a feeling that a lot of the numbers that are being said in some areas are just bigger than they’re going to be. I don’t believe you need 40,000 or 30,000 ventilators. You know, you go into major hospitals sometimes, and they’ll have two ventilators. And now all of a sudden they’re saying, ‘Can we order 30,000 ventilators?'”

The president has changed his mind on Saturday when it comes to Michigan after the governor called for unity.