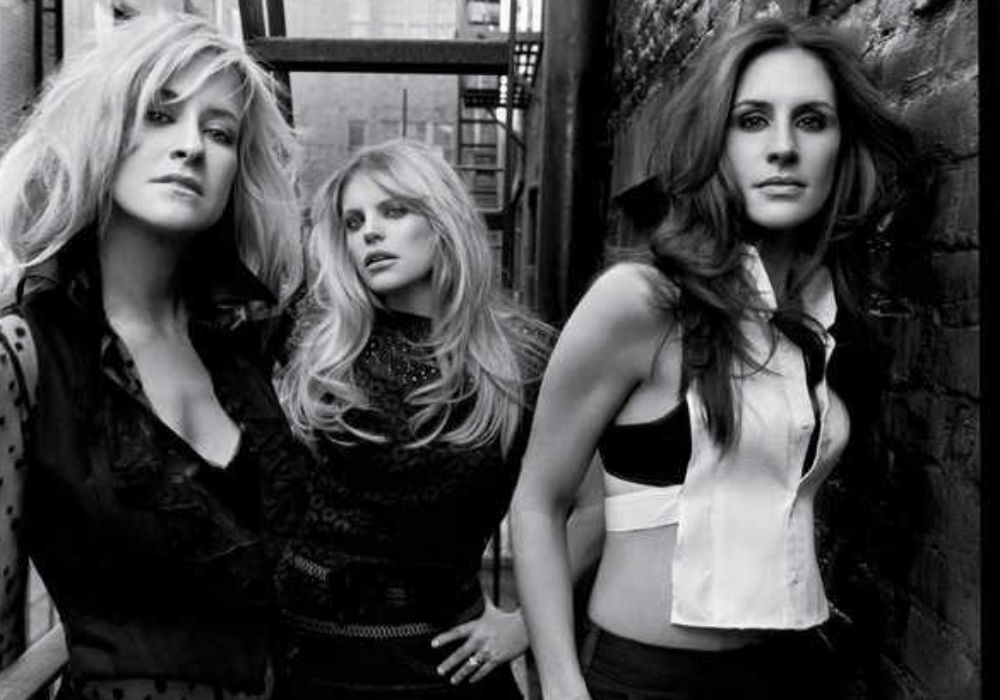 It’s been 17 years since Dixie Chicks singer Natalie Maines made a comment about then-President George W. Bush and the Iraq War during a London concert. The controversy led to the band being the first celebrities to be “canceled” long before cancel culture became a common practice.

Now, the country music is back with new music. And, in an interview on The Ellen DeGeneres Show, group members Maines, Martie Maguire, and Emily Robison reflected on the controversial moment and explained why they waited 14 years to release a new album.

On March 10, 2003, Maines told concertgoers: “We don’t want this war, this violence, and we’re ashamed that the president of the United States is from Texas.”

It was just 18 months after 9/11 and the United States military was in the early stages of the wars in Iraq and Afghanistan. Country music fans were so outraged by Maines’ comments that they boycotted the band, burned records, and the industry blacklisted the group from radio airplay.

“Imagine what she would say now,” joked Maguire, implying that Maines’ words about President Donald Trump would be a lot worse. DeGeneres compared the blacklisting to the current cancel culture, and the band agreed that they were the first victims.

“I think we were one of the first people to experience that cancel culture, and I think what we said back then — what I said back then — would not even be a thing today because it was really mild compared to what people say today,” Maines said. “On one hand, everyone has this platform where they can say whatever they want to say, but on the other hand, this platform can move really quickly and, yeah, ruin peoples’ lives.”

The group is now set to drop a new album for the first time since 2006’s Taking the Long Way, and they just released their first new single from the record of the same name titled Gaslighter.

Maines explained the long hiatus by saying that she wanted to take a break from her career because she wanted to be a stay-at-home mom to her two kids – Jackson and Beckett – whom she shares with ex-husband Adrian Pasdar. She says that she wanted to make their lives about them and not her.

“We wanted her to make her life about us, though,” joked Maguire. She added that both her and Robison “were antsy” and they didn’t want to stay home any longer. “I love my kids but… We were calling her daily.”

Robison admitted that the group was “worn out” after the controversy and they needed a break, but maybe 14 years was a little much. Maguire added that they needed to get mad again and have something to write about.

Natalie Maines, Emily Robison, and Martie Maguire wrote their new song together, and they got inspiration from Maines’ divorce. That “lead song” ended up shaping the sound for the entire record with what they call “that Gaslighter sound.”

Gaslighter – the album – is scheduled to drop on May 1st.

T.I. Tells His Fans To Educate Themselves On Their History - Check Out The David Banner Podcast