Did ‘Elseworlds’ Just Reveal This Major Change For Diggle On ‘Arrow’?

In the second part of the epic crossover, the team met Earth 90’s version of the Flash (John Wesley Shipp).

The character, who was involved in the Justice League of America, revealed that the Monitor (LaMonica Garrett) was warping reality to test the superheroes.

The bigger surprise, however, came after the Flash greeted Diggle like they were old buddies. According to TV Guide, he also noted that Diggle was not wearing his usual ring.

For those that don’t know, the ring reference revealed that Diggle’s counterpart on Earth 90 is the Green Lantern, aka John Stewart. The character was a part of the Justice League of America, and this is the first time Arrowverse has mentioned him.

It is not clear where producers are going with this, but it is possible that Diggle will become the Green Lantern down the road, which is super exciting.

Beth Schwartz, the showrunner for Arrow, was recently asked about Diggle’s future and teased that he might be rocking some new bling in the near future.

“To be continued. We were all really excited about that fun nod, but I’m not sure what’s to come of that really,” she explained.

Well, at least this crossover got one thing right about Oliver: Oliver Queen saves the damn day #Elseworlds pic.twitter.com/q1WwuhVMwa

We do not know what the future holds, but there is a good reason to suspect that Diggle will find the iconic ring in time for next year’s Arrowverse crossover. At least, we can always hope he does.

How that impacts the rest of Team Arrow, of course, is yet to be seen. But it would be ironic for Diggle to become such an important character given how he hates the spotlight.

The three-part crossover concluded Tuesday night on The CW.

Season 7 of Arrow is scheduled to return to The CW in late January. 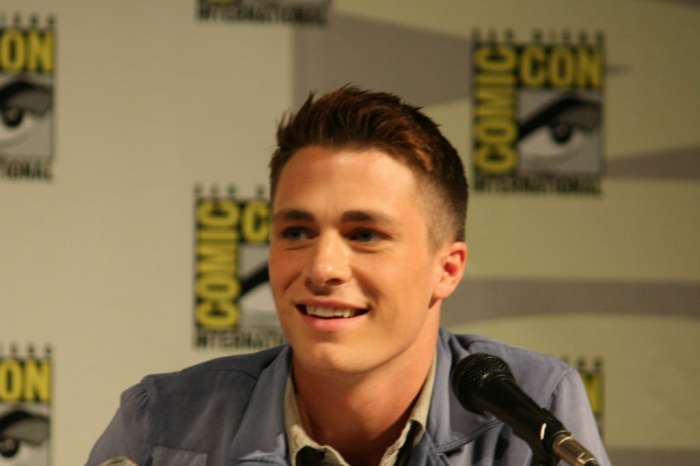 KUWK: Khloe Kardashian Has One Wish For Christmas - Wants Tristan To Propose!