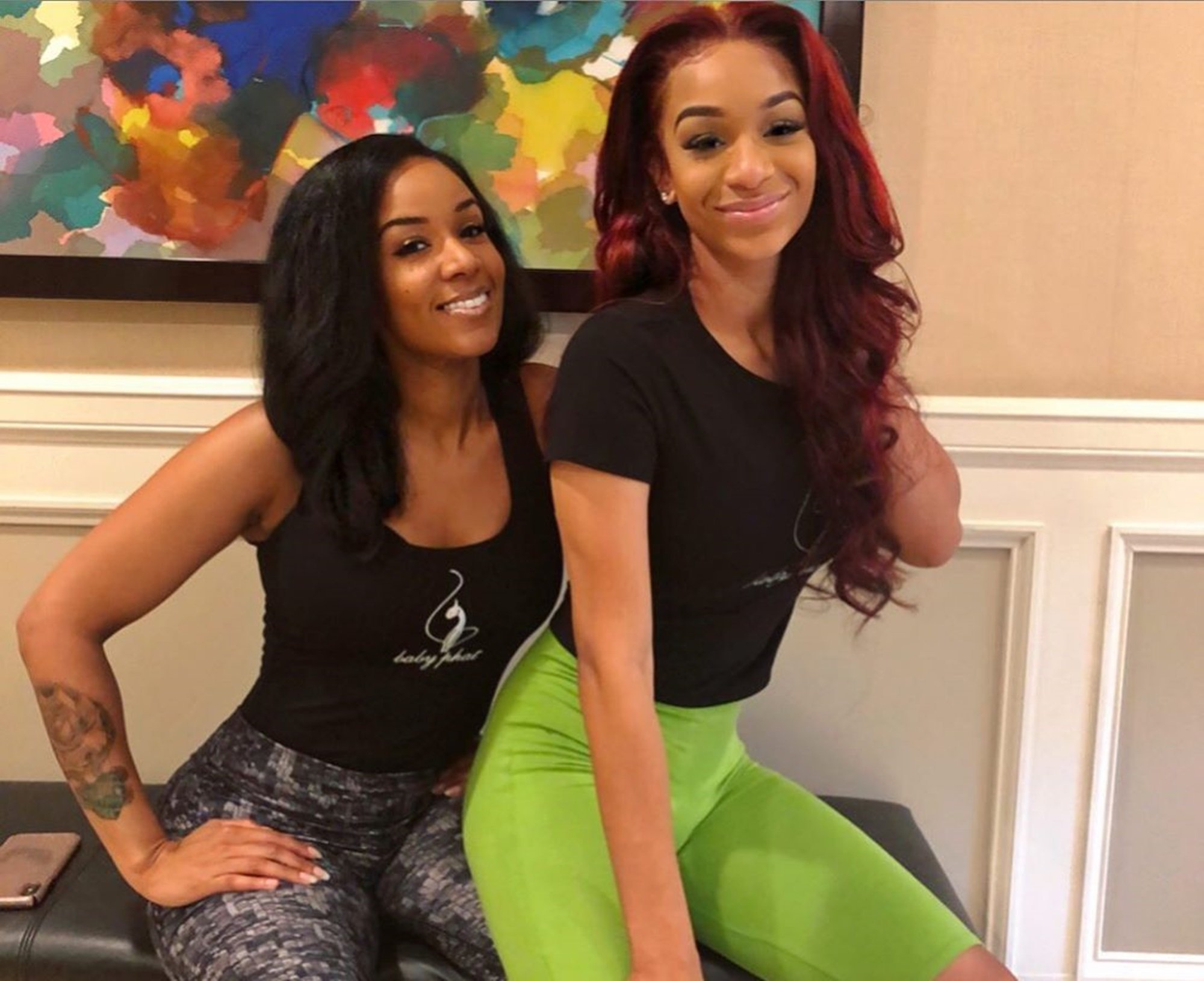 T.I. sat down with Jada Pinkett Smith on Red Table Talk alongside Tiny Harris, where he explained why he accompanies his 18-year-old daughter, Deyjah Harris, to the gynecologist to make sure she is still a virgin.

Ms. Niko, also known as Ranniqua, was not happy with what T.I.P. said, so she decided to react by calling him narcissistic.

T.I.P. used a long list of big words to defend his controversial move and inappropriate comments.

He said: “Let me set this record straight. I was never in any exam room, that was an assumption, a falsity. I never said it was being done the present day as an 18-year-old. I never said her mother wasn’t present.”

One person had this reaction: “She needs to speak up, but she’s probably keeping it tight-lipped for her daughter’s sake, and cause he controls the money.”

#MsNiko – #DeyjahHarris' mom – seemingly responds to #TI's #RedTableTalk episode with #JadaPinkettSmith and family. Get the highlights when you swipe up in Stories or click the link in our bio!

Another commenter shared: “She likely was aware…..but she is speaking out now because he is putting this baby’s business out in the world….which as a mother her complaints in November 2019 are valid irrespective of whether or not she was fine with him coming to the doctor visits. These are two mutually exclusive things.”

This social media user claimed: “She has a legal right as the father…absent court intervention there was nothing she could do….but the issue is why are y’all bashing this black mother for co-parenting with the father of her child. Her issue is valid…he shouldn’t have put her this young child’s business on blast. My child goes to the same private school as she did and I can tell you this girl is a very private person and didn’t want her everyday life on tv so why would any man with good sense put her very private and intimate business in the streets….”

After receiving backlash, T.I. amd Tiny joined #RedTableTalk so that T.I. could clear up the comments that he made about his daughter, claiming that they were “misconstrued”

Meanwhile, Cardi B proved she is loyal to her friends whatever happens when the “Bodak Yellow” rapper talked about rapper T.I and stated she will always be on his side no matter what.

Sometimes we try to hide from who we are. We pray that our mistakes won’t hunt us. We pray that what we done, doesn’t come back to bite us in the ass. When I watch that video, that all I heard and saw. T. I. has made many mistakes and the problem is he hasn’t learned or embrace the mistakes he made. Now, I get it. I understand why he want to protect his daughter. No matter how old we are, there are many men we wish someone would have warned us about. It mistakes we made, that we wished our parents would have stepped in. It time we shared that we want back. And there are men we wish we could take out of our sexual spirit. Lust demons are real, and if we having a hard time as adults fighting them, imagine a young woman fighting them. HOWEVER!! T.I. doesn’t see the kind of man he is. How he treat his wife or how he treat women in general. It goes back to respect and T.I. just doesn’t respect women. He was raised by women who doesn’t respect women. And you can tell by how he treat him that he doesn’t have a clue on how to respect a woman. Now, I won’t call him a bad parent because he not. He loves his children, just has a fuck up way of showing it. However, he is a narcissistic asshole who doesn’t know when to stop and listen to himself. No matter how he tries to paint it, he wrong. And he cant stop his daughters from meeting a man like him. You can’t cause pain and expect nothing to happen to you. Karma is real and the more you play with it the more you will pay in the end. We can want the best for our children, but the best we can give them is to let them be. Let them make their own mistakes, and let them grow into the person they meant to be. As my lil sister told me we can’t run from who we are. Even if I say I don’t want to be like my mother, I will be like her but with a twist. And his daughter will meet a man like him, with a twist. Just take this as a lesson learned, no matter how you raised your child they will still walk their own miles. No matter how hard you try, you can’t stop your children from being who they meant to be. We made our mistakes now it their turn.……just my opinion………#thatisall

The popular music sensation recently made an appearance to talk about the upcoming episodes of Netflix’s Rhythm + Flow series, in which she will star alongside T.I. and Chance the Rapper as judges.

The “Money” performer very excitedly explained how well the chosen judges got along and that she felt them as close friends since they had a lot of fun while filming the production.

Cardi B compared the experience to the time when she was in high school, and her classmates used to make jokes in class.

#TI comes on to the #RedTableTalk to clarify his comments about taking his daughter to the gynecologist. #411Uncut #411WithNellaD

During her interview, Cardi B did not touch the sensitive subject of the recent scandal that surrounded T.I. and his daughter, Deyjah, but she claimed that T.I. was like a brother to her, as to ensure that their friendship would not be broken so easily.

#TI sat down with #JadaPinkettSmith on #RedTableTalk to discuss his recent controversial comments about his daughter, #DeyjahHarris. Do y’all get where TI was coming from? #Facebook #FacebookWatch #MusicXclusives

Cardi B also explained that she loved the opportunity to appear on Rhythm + Flow and enjoyed her working there very much.

The diva said that at the beginning, she did not know what to expect, but every day she spent on set offered her new excitement and got her curious to see the outcome of the season and who of the contestants would be eliminated.

Meanwhile, fans are still bashing T.I. after he made some shocking comments about the upbringing of his 18-year-old daughter and said he went with her to her gynecologist every year to have her hymen examined.

His interview did not help him much. 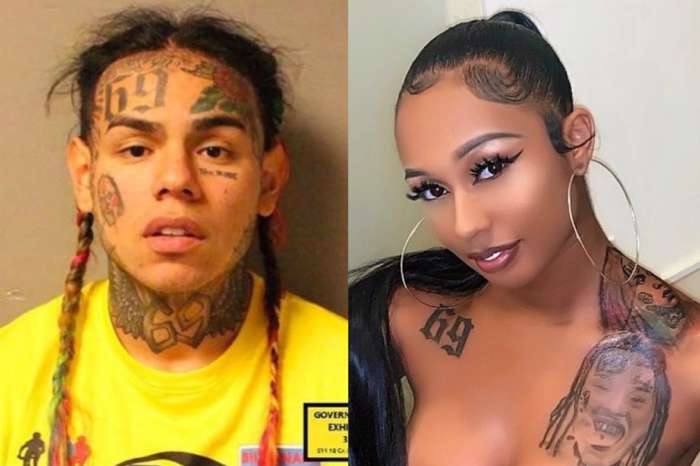 Tekashi 69's GF, Jade Says This Year Has Been Dead Without Him - She Fiercely Defends The Rapper

As many have already stated, T.I. you were very inappropriate. It doesnt matter when or how the events transpired. If you were granted that right you should have shown respect for your daughters privacy.Your daughters mom really didnt have to allow you to go.You just messed up big time.Work on gaining your daughters trust.Good luck with that.Stop going on Red Tables.

TI is a great father. Keep doing what you are doing to keep your daughter safe for predators who will prey on her. Deyjah, forgive your dad. I’m sure he meant no harm. A lot of girls wish that they had a dad who cares and is there. You are Blessed amongst measure. Don’t let the media draw a wedge between you and your daddy’s love/ relationship. It’s not worth it. Continue to love your dad and include him in every aspect of your life.

I wonder did he do Zonnique the same way? He claims he as his own and had raised her as his own? If not because she is not his biological daughter did Tiny share any of her results about Zonnique’s hyman or results from her obgyn appointments? Did he feel the need to make sure that she was a virgin at 18? Would he have shared that information with the public as well? He wouldn’t because it would have been invasive and humiliating to her! So because Dejah is his biological daughter it’s okay to humiliate her by telling her personal business that the doctor had to get her permission from her to tell her father the results of her exam is okay? She trusted him that’s why she has allowed her father to hear the results of her exam. But as of that last exam he would no longer go to her appointments or know the results.

Get off his back. Some father’s aren’t interested in their daughter’s well being. What would you all have to say if her mother put it out to the public like that? Would she be held accountable for her actions too. Tip you are a father not the baby daddy. Have a sit down with your daughter.