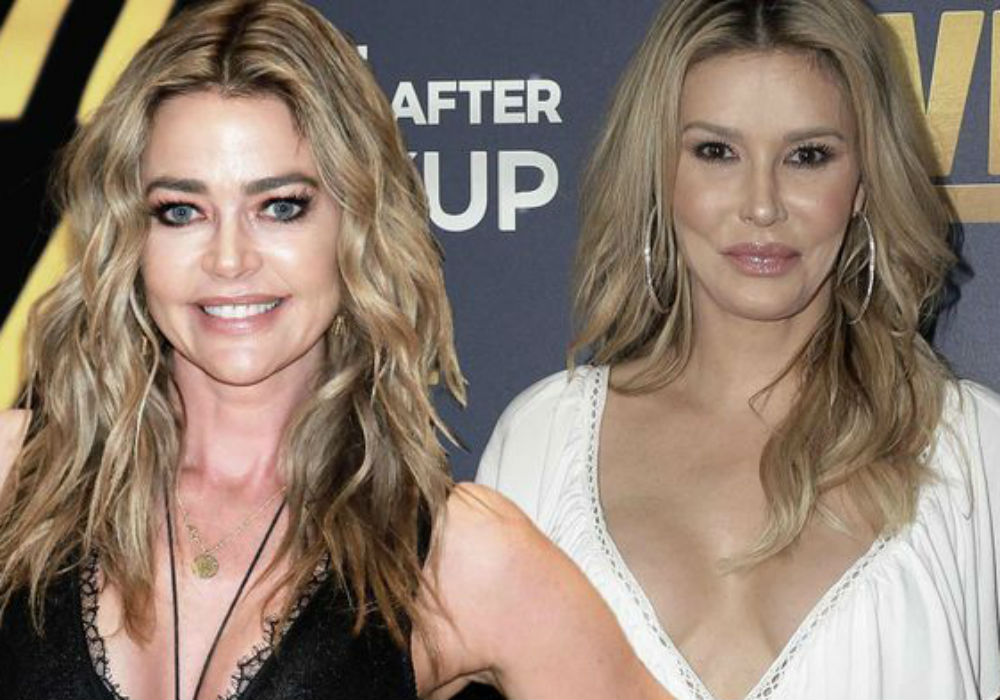 Earlier this week, a report surfaced claiming Real Housewives of Beverly Hills star Denise Richards had a months-long affair with alum Brandi Glanville. And, when the cast confronted Richards about the affair during their trip to Rome, the Wild Things actress stopped filming.

Now, Richards’ rep Jill Fritzo is claiming the story “isn’t true,” and RHOBH friend Camille Grammer is backing her up.

It’s BS. It didn’t happen. Somebody is desperate for a diamond.

According to The Daily Mail, Richards and Glanville started their affair early last year, and it lasted until the summer. Apparently, Richards told Glanville that she had an open marriage with husband Aaron Phypers, but that was a lie. When Phypers found out, he was “hurt,” and Glanville was upset to discover that Richards lied.

The publication claimed that her co-stars confronted Richards about her affair with Glanville during the cast trip to Rome, which caused the actress to “basically walk away” from RHOBH and stop filming with the rest of the cast.

Richards’ rep says the story is completely false, and Grammer tweeted that this entire story is “BS” and none of it happened. She added, “Someone is desperate for a diamond.”

Glanville really wants to talk about the rumors, but she tweeted that she isn’t “allowed” to respond. However, in late December, Glanville went on a Twitter rant about how she got “Denised.”

“I just got ‘Denised,’” wrote Glanville. “Seriously b***h???? You wanna play. 1-blackmail is illegal, 2-I have no skeletons in my closet (they’re all on the internet), 3-slut shaming is soooooo last year.”

When you want to respond but are not “allowed” to… pic.twitter.com/PKl5cgMWYx

The insider that is dishing on the alleged affair claimed that this story will play out in front of Bravo cameras in the upcoming season, and fans will “get to see it all go down.”

Another source added that they feel sorry for Phypers because he is a good guy, and Richards was crazy to think she could have an affair and get away with it while being on a reality show. A third insider said that everyone in Beverly Hills knew about the affair, and it was “the talk of Kathy Hilton’s Christmas party,” which Richards didn’t show up for.

This was also the talk of BravoCon back in November, claims the star of another Bravo show. They added that they were shocked the affair stayed a secret as long as it did.

The new season of Real Housewives of Beverly Hills will premiere later this year on Bravo.