Demi Lovato is single and ready to mingle! Sources confirmed the 24-year-old singer split up from her MMA fighter boyfriend, Guilherme “Bomba” Vasconcelos, a few weeks ago.

An insider close to Bomba said, “she broke it off with him.”

Apparently, there is no bad blood, and the pair just realized they’re not meant to be together.

The source went on, “Demi loves being in a relationship, but she is ready to be single for a little while.”

Demi deleted all of the photos of Bomba on her social media, so things may be a little tense between the two, despite the insider stating that there is no “bad blood.”

The duo first started their relationship last year in January after ringing in the new year together.

Lovato was seen at the Bellator 170 in the middle of January cheering on her ex-boyfriend.

On the Ellen DeGeneres show, she admitted to Ellen she felt a little nervous sitting in the stands, but didn’t feel bad for his opponent in the middle of their brawl.

Demi isn’t new to this sort of thing; she experienced a public breakup back in June 2016 when she split from her boyfriend of six years, Wilmer Valderrama.

A joint statement said at the time of their separation, “after almost six loving and wonderful years together; we have decided to end our relationship. This was an incredibly difficult decision for both of us, but we have realized more than anything that we are better as best friends.”

The statement went on to say in spite of their breakup, the couple will always support each other over the years, and there is no animosity between the two. 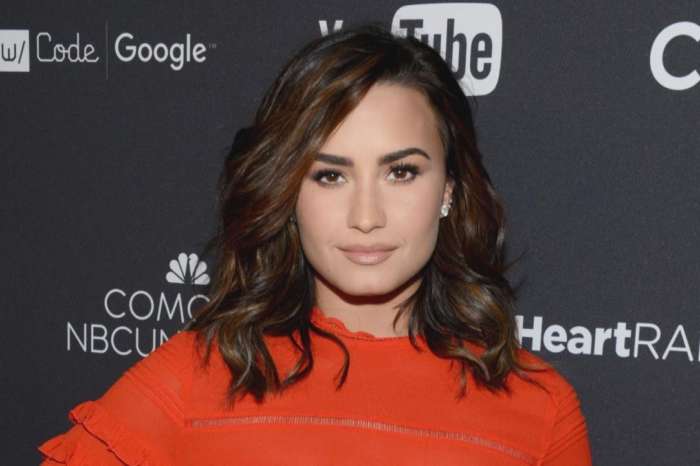 Katy Perry Taylor Swift Still Feuding? Here's What Katy Has To Say About That!