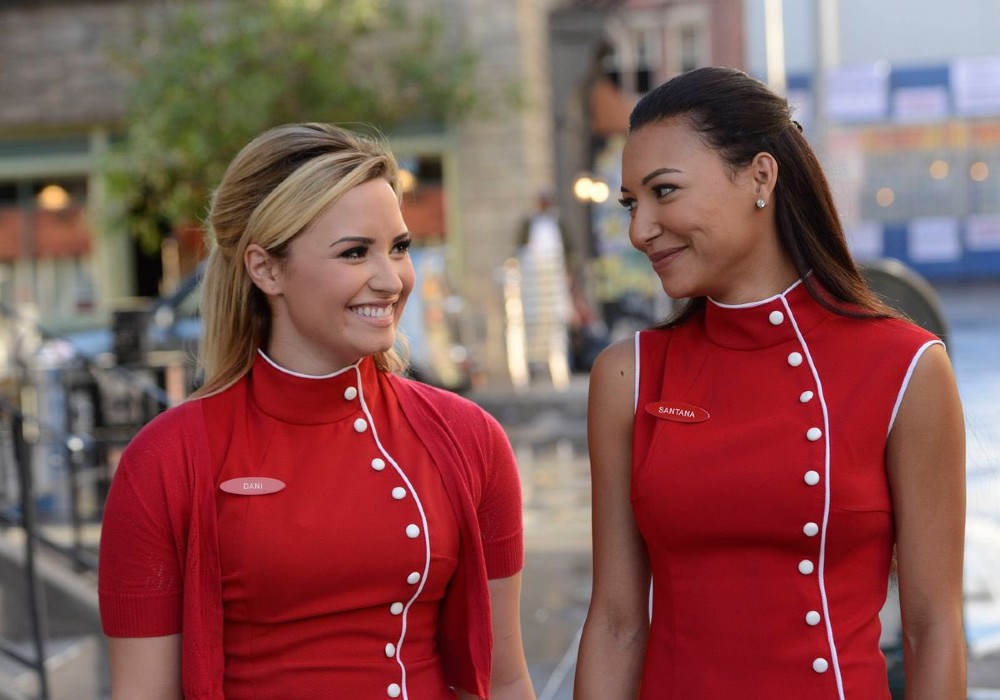 Demi Lovato has Naya Rivera on her mind in the wake of the actress’ sudden death. The I Love Me singer looked back on her guest-starring run on Glee via an Instagram post, and she wrote in the caption that she will “forever cherish” playing Rivera’s girlfriend on the FOX musical comedy-drama.

Lovato posted a beautiful portrait of Rivera along with a series of pics from their time on Glee together. She said that the 33-year-old’s portrayal of Santana Lopez was a game changer and an inspiration for queer girls and Latina women.

RIP Naya Rivera. I’ll forever cherish the opportunity to play your girlfriend on Glee. The character you played was groundbreaking for tons of closeted queer girls (like me at the time) and open queer girls, and your ambition and accomplishments were inspiring to Latina women all over the world. My heart goes out to your loved ones at this time.. ❤️🕊

“RIP Naya Rivera. I’ll forever cherish the opportunity to play your girlfriend on Glee,” wrote Lovato. “The character you played was groundbreaking for tons of closeted queer girls (like me at the time) and open queer girls, and your ambition and accomplishments were inspiring to Latina women all over the world.”

The 27-year-old wrapped up her post by writing that her heart goes out to Rivera’s loved ones at this time.

Fans will remember that Lovato had a recurring role on Glee during Season 5. She played Dani, a fellow waitress and entertainer who Santana had a short-lived romance with before reconciling with her girlfriend (and eventual wife), Brittany, played by Heather Morris.

Rivera went missing on Wednesday, July 8 during a boating trip on Lake Piru in Ventura County, California, with her four-year-old son, Josey.

After Rivera disappeared, Lovato wrote on social media that her tweets sometimes “come true,” so she asked her followers to “manifest” Rivera’s return and “put this energy out there” so authorities would find Rivera “healthy and alive.”

She also asked fans on her Instagram Story to pray for Rivera to be found safe and sound.

I don’t tweet often but sometimes my tweets come true so, together let’s manifest on twitter that Naya will be found safe and sound!! Come on y’all! Let’s put this energy out there: they will find her healthy and alive!! 🙏🏼🙏🏼🙏🏼

Sadly, Naya Rivera’s body was found floating in Lake Piru on Monday morning on day six of the search. Ventura County Sheriff Bill Ayub said in a news conference that it has been an extremely difficult time for Rivera’s family, and the sheriff’s department “shares in their grief for Naya’s loss.”

Authorities believe that Rivera was swimming with her son when a “horrible accident” occurred.

“We believe that she mustered enough energy to get her son back on the boat, but not enough to save herself,” said Ayub.