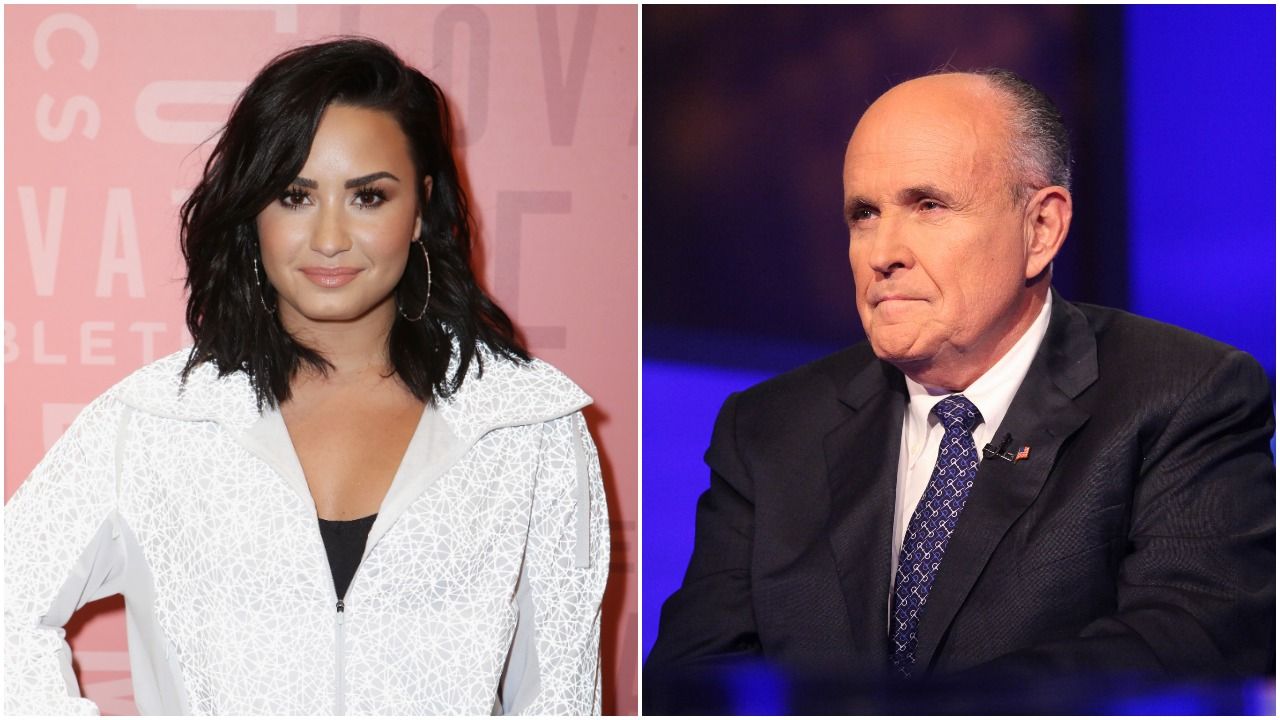 Just like many others out there, Demi Lovato is not at all convinced that Rudy Giuliani’s excuses make any sense. As you know, the politician was caught on camera with his hand down his pants while in hotel room with an actress playing an underage interviewer as part of Sacha Baron Cohen‘s Borat 2 project.

The actress, who is actually in her 20s in real life, played the teen daughter of the character played by Cohen and as they interacted during the interview, Rudy ended up in such a compromising situation.

But even with video evidence, Rudy Giuliani’s claims it was all a ‘complete fabrication,’ something Demi Lovato and many others are not buying in the slightest!

That being said, the singer and actress took to social media to throw some shade at the man in regards to his explanation of what happened.

Rudy has been claiming that he was simply tucking in his shirt after taking out his audio recording equipment, which makes no sense to do in that situation.

‘The Borat video’s a complete fabrication. I was just tucking in my shirt after taking off the recording equipment. At no time before, during, or after the interview was I inappropriate. If Sacha Baron Cohen implies otherwise he’s a stone-cold liar,’ the man’s tweet, defending himself, reads.

In response, Demi wondered, mockingly: ‘So you normally drink with reporters, you follow them to the bedroom, then lie on the bed and let her take your mic off for you? I guess I have been doing my interviews all wrong…[laughing emoji.]’

Even though the movie titled ‘Subsequent Moviefilm: Delivery of Prodigious Bribe to American Regime for Make Benefit Once Glorious Nation of Kazakhstan’ is not yet out, copies of it have been sent to some of the biggest news outlets out there as to expose Rudy Giuliani.