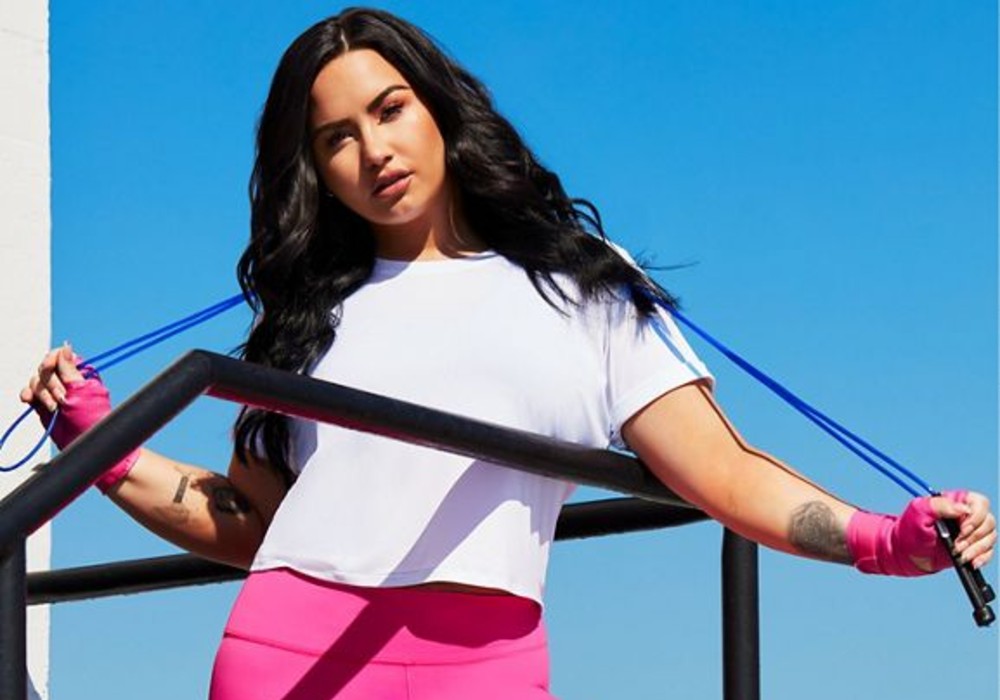 Demi Lovato has announced the launch of her new Fabletics collections, and she has also revealed that she will be donating $5 from every item she sells – up to $125,000 total – to the World Health Organization’s COVID-19 Solidarity Response Fund.

The 27-year-old Sorry Not Sorry singer wrote on Instagram that she “thought hard about holding off on the launch,” and she had “really been going back and forth on if this was the right time.” Ultimately, she decided that there was no better time to inspire others with her capsule because it is about “channeling your inner strength.”

My exclusive #Demi4Fabletics limited-edition @fabletics capsule is here! $5 for every item sold will provide crucial gear to frontline workers, pledging up to $125,000 now through June 30 supporting the COVID-19 Solidarity Response Fund for the World Health Organization, powered by the United Nations Foundation.

The limited collection features various sports bras and leggings, along with a t-shirt, hoodie, and bomber jacket. Lovato says that she designed the collection to uplift her customers with bold colors and amazing contouring “for the biggest confidence boost.”

Standouts from the line include Blare Impact Sports Bras (one with a zipper and one without) for $59.95 each, High-Waisted PowerHold leggings that range in price from $69.95 to $79.95, and High-Waisted pocket capris for $64.95.

Lovato says that the $5 from each item she sells will provide “crucial gear to frontline workers.” She is donating the money from sales between now and June 30th.

On Instagram, Lovato wrote that she had been working hard behind-the-scenes for several months on the new Fabletic line, and she has been eager to share it. However, watching the world change over the past several weeks made her think hard about launching the new line on April 2nd.

After a lot of thought, Lovato says that they decided to move forward, but added the twist of a $5 donation for each piece sold to help those on the front line who are in need during this troubling time.

Demi Lovato added that it is important for everyone to feel empowered, invincible, and strong from the inside out during this pandemic, and her collection is designed to do just that. She says that the styles make you feel supported when you put them on, and living an active life at home is all about wearing activewear.

She concluded her message by asking her 79.5 million followers to join her in projecting positivity, building inner strength, and boosting each other up during the pandemic. She added that this is the perfect opportunity to help people in the community who need it most during this extraordinary time.