Two popular British actors are teaming up to tackle a new television miniseries from one of the most beloved fantasy authors of our time. Michael Sheen and David Tennant are set to star in Good Omens, based on the novel by Neil Gaiman and the late Terry Pratchett.

The television adaptation will be produced by Amazon Studios and will be exclusive to their streaming platform, Amazon Video.

Gaiman wrote the scripts for all six episodes of Good Omens himself and will serve as showrunner for the upcoming show.

Like much of Pratchett’s work, Good Omens is a comedy; the story is about an angel named Aziraphale and a demon named Crowley.

Both Aziraphale and Crowley have grown accustomed to their lives on earth and are irritated about the upcoming apocalypse, especially since they can’t seem to find the Antichrist.

Tennant will take on the role of the demon Crowley in the miniseries adaptation, while Sheen will play the angel Aziraphale.

Sheen is primarily known for his film work but just ended a four-season stint as one of the lead characters on the Showtime series Masters of Sex.

“I first read Good Omens as a teenager and it’s been one of my favourite stories ever since,” Sheen enthusiastically declared.

Most people know Tennant from his title role on Doctor Who, but he’s had plenty of other high profile roles in shows like Broadchurch and Jessica Jones.

Numerous books and stories by Gaiman have been adapted to the screen, but after the success of the Starz series American Gods, the author is in hot demand at the moment. The FOX series Lucifer also takes inspiration from one of Gaiman’s works: the DC Comics title, The Sandman. Amazon’s Good Omens is set to debut sometime in 2018. 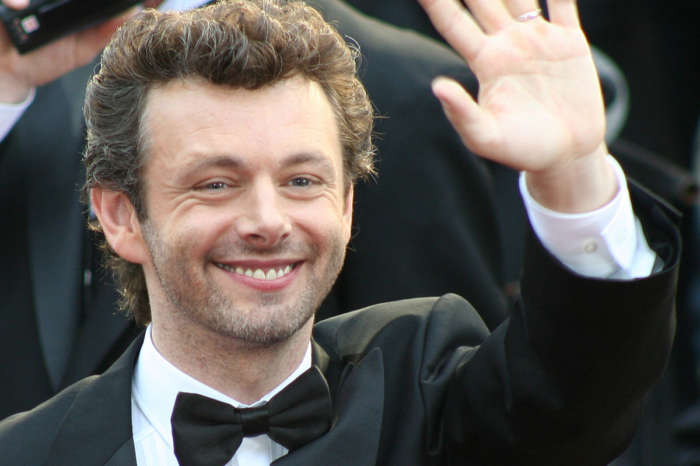 Jesse Williams' Wife Aryn Drake-Lee Is Fighting For Sole Custody Of Their Children!