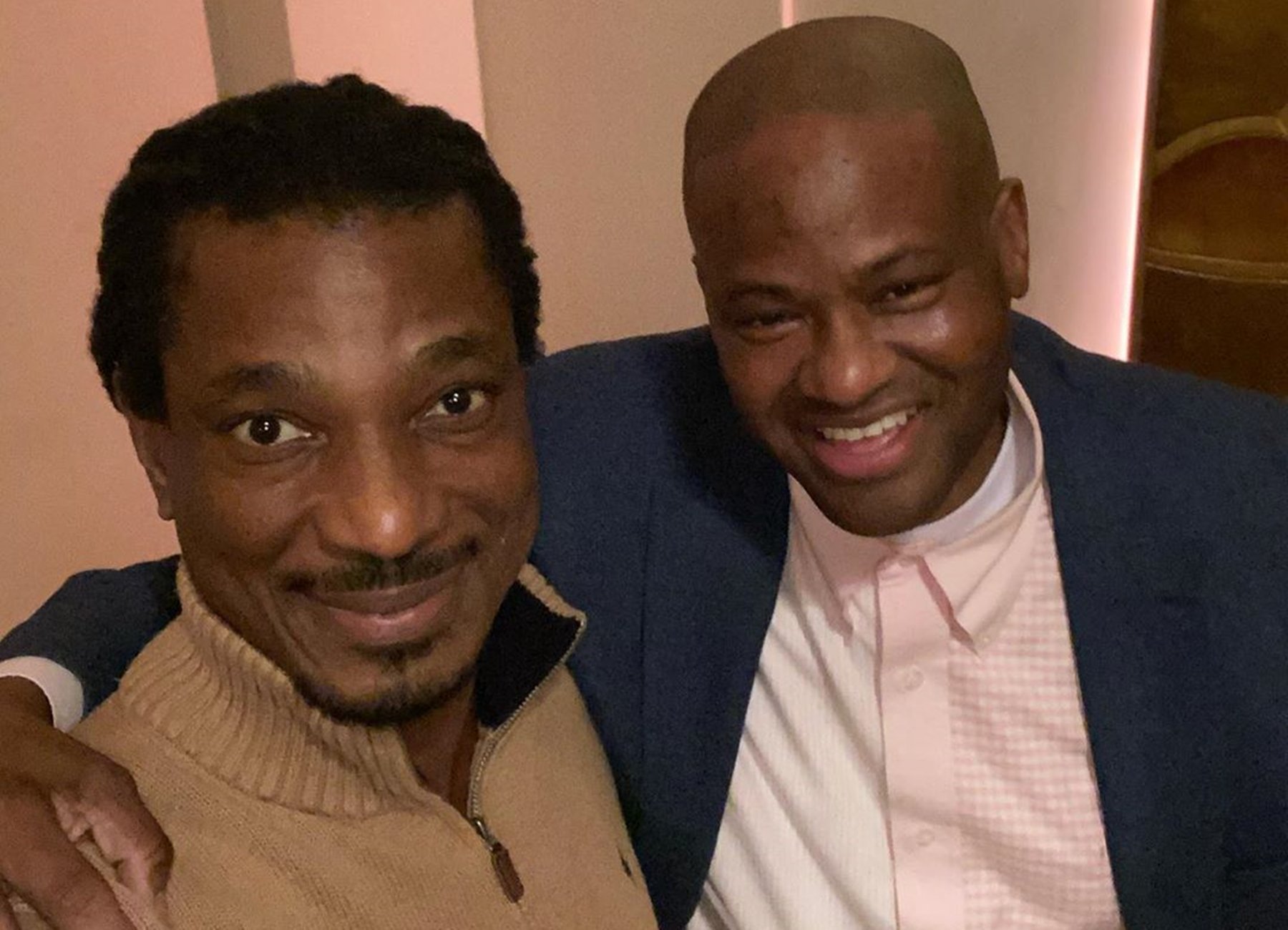 A few people could have imagined that Tamar Braxton’s current boyfriend, David Adefeso, could eventually become a friend of Vincent Herbert’s. But this eventually happened, and both Tamar and David shared the most shocking photo on their social media account.

In the photo, David is hanging out with Vince, and the two of them really seem to be having a great time. Here’s David pic and message:

‘Me and @officialvincentherbert having a terrific time hanging out after work. Same time next week…✊🏽✌🏽🙏🏽❤️❤️’ David captioned his post on social media.

As expected, fans were baffled, but they definitely respect the maturity that these two men are showing.

Someone said: ‘Now this is what #GrownMENDo 👌🏾🥂♥️’ and another follower posted this: ‘What I see here is growth amazing.’

A lot of fans were also shocked to see that Vince has an IG profile these days.

One follower said: ‘What a man. Grown & Secure. This is going to help some folk!❤️❤️’ and one other commenter posted this: ‘Oh shit. Vince looking happy as hell! @tamarbraxton this is beautiful.’

Someone else wrote, ‘I love it!!! I bet this won’t get shared and talked about though 🤦🏾‍♀️’ Well, this is definitely something to talk about, that’s for sure.

One Instagrammer said: ‘God Works in ways we will Never understand! Won’t He Do It? ( Amen, move Lord Jesus). This about Loving their son. Miracles and Blessing two you Both my Brother.’

Tamar shared the same photo which she proudly captioned with the following words:

‘It’s so funny that people and certain tv shows think that my life is filled with drama, foolishness, and turmoil when it is the TOTAL opposite. God is Good, and my life is full of love, joy, and blessings🙏🏼 🥰🥰 #2goodmen @officialvincentherbert @david.adefeso( this post might be To positive for some of yall😉)’

A fan said: ‘It shows nothing but maturity, growth, spiritually and positivity. All the things I know YOU stand for sis. Your just the no nonsense type. Keep winning!!!’

What do you think about these two hanging out together?