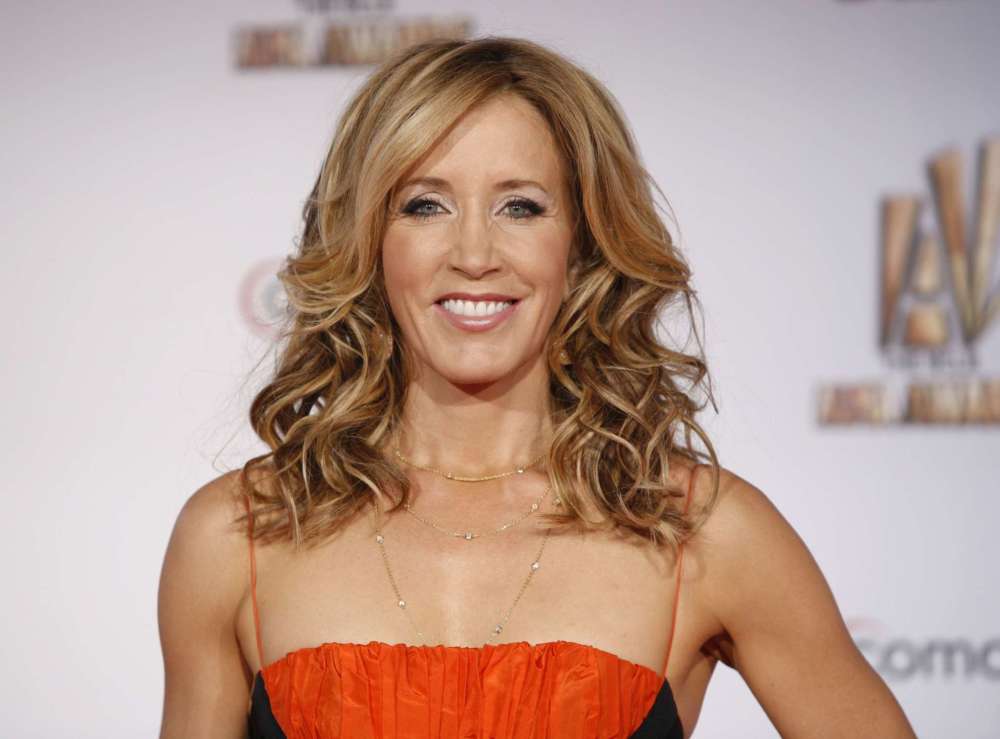 According to a report from Page Six, Felicity Huffman’s daughter will get the chance to take yet another SAT exam following the college admissions scandal that rocked the entertainment news world earlier this year. Felicity Huffman paid several thousand dollars to have her SAT scores doctored at the last minute claims multiple reports.

Sophia Grace Macy, the daughter of William H. Macy, and the Desperate Housewives star, wants to apply to universities and has since been authorized to take the test again a report from TMZ revealed.

The College Board, the organization who creates and implements the exam, has determined that Sophia never knew her mother had the scores doctored, therefore, she couldn’t be found culpable. As it was previously reported, Huffman pleaded guilty to charges that she paid bribe money to William Singer – an amount of $15,000.

Earlier this month, the Desperate Housewives alum was given just two weeks behind bars, a sentence which some people took issue with. At her sentencing, the actress explained her actions, claiming she was “frightened” and merely wanted to do right for her daughter.

“I have inflicted more damage than I could imagine,” the actress explained. Other stars to face a jury are Lori Loughlin and her husband, Mossimo Giannulli, who are gearing up to go in trial in the upcoming months.

However, the difference between Felicity and Mossimo is the fact they paid a substantial amount – $500,000 – to have their daughters recruited as crew team members, despite not playing the sport. Moreover, Lori and her husband are pleading not guilty to the charges, so if they face a conviction, serious jail time is a possibility.

The effect of the College Admissions scandal had an equally deleterious effect on the life of Olivia Jade, Lori’s daughter, who later lost her endorsements, including from Sephora among other companies.

Olivia is known for her makeup tutorials and YouTube videos and has spent much of her time creating a marketable brand, which has since been flushed down the toilet. However, insiders remark that the beauty influencer should be able to bounce back in due time.