Darren Aronofsky And Suki Waterhouse Not Dating Contrary To Reports

Paparazzi and spectators spotted Darren Aronofsky with Suki Waterhouse while at the Sundance Film Festival in Park City, and since then, Hollywood gossip has centered around a possible romance between the pair. However, it appears that fans shouldn’t hold their breath.

According to a source close to the couple, “they got together at Sundance, but there isn’t anything going on between them.”

Representatives speaking on behalf of the director, Leslee Dart, said there is no truth to the rumors. The contrary news story comes after fans saw the mother! director hanging out with the 26-year-old model.

It looked like they were a couple because they were snuggling up with each other. An insider who spoke with Us Weekly explained that they got together twice during the festival.

Linda put her gold heel on her husband James' neck as she walked out of their Montauk home after informing him she would be taking all of his dividends. linda x @ripannanicolesmith

The source added that Darren – while riding the plane back home – was telling all of his friends how kind and beautiful she is.

Aronofsky appeared at the festival to go to the premiere of a project he executive produced along with Ari Handel and Jessica Chastain. The feature is titled, Spheres: Songs of Spacetime.

Suki, on the other hand, went to the prestigious event to promote Assassination Nation, her upcoming movie. Waterhouse isn’t the only beautiful young woman to catch the eye of the Requiem For A Dream creator.

Aronofsky has dated several famous women in the past including Jennifer Lawrence and Rachel Weisz. Darren and Jennifer started dating after they met on the set of mother!, which was widely panned by audiences and critics alike.

Celebrity Insider reported Lawrence as saying the adverse reaction to the film affected their relationship. According to the 27-year-old, it seemed like Darren was overly absorbed in the reception of his movie, which made sense to her, considering it was his “baby.” 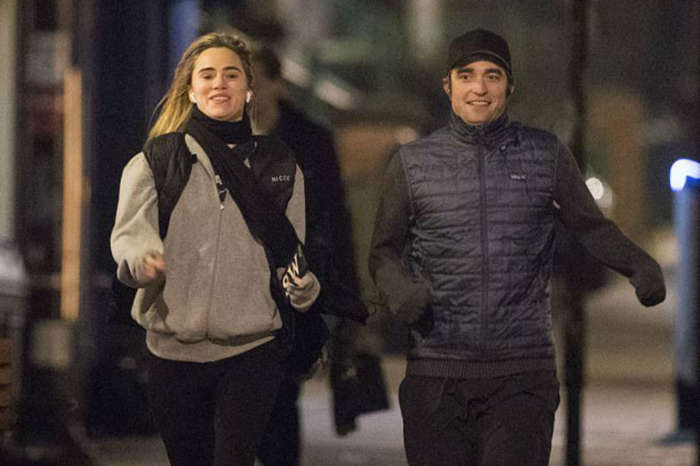 Pregnant Eva Longoria Jokes That She Can't See Her Waistline