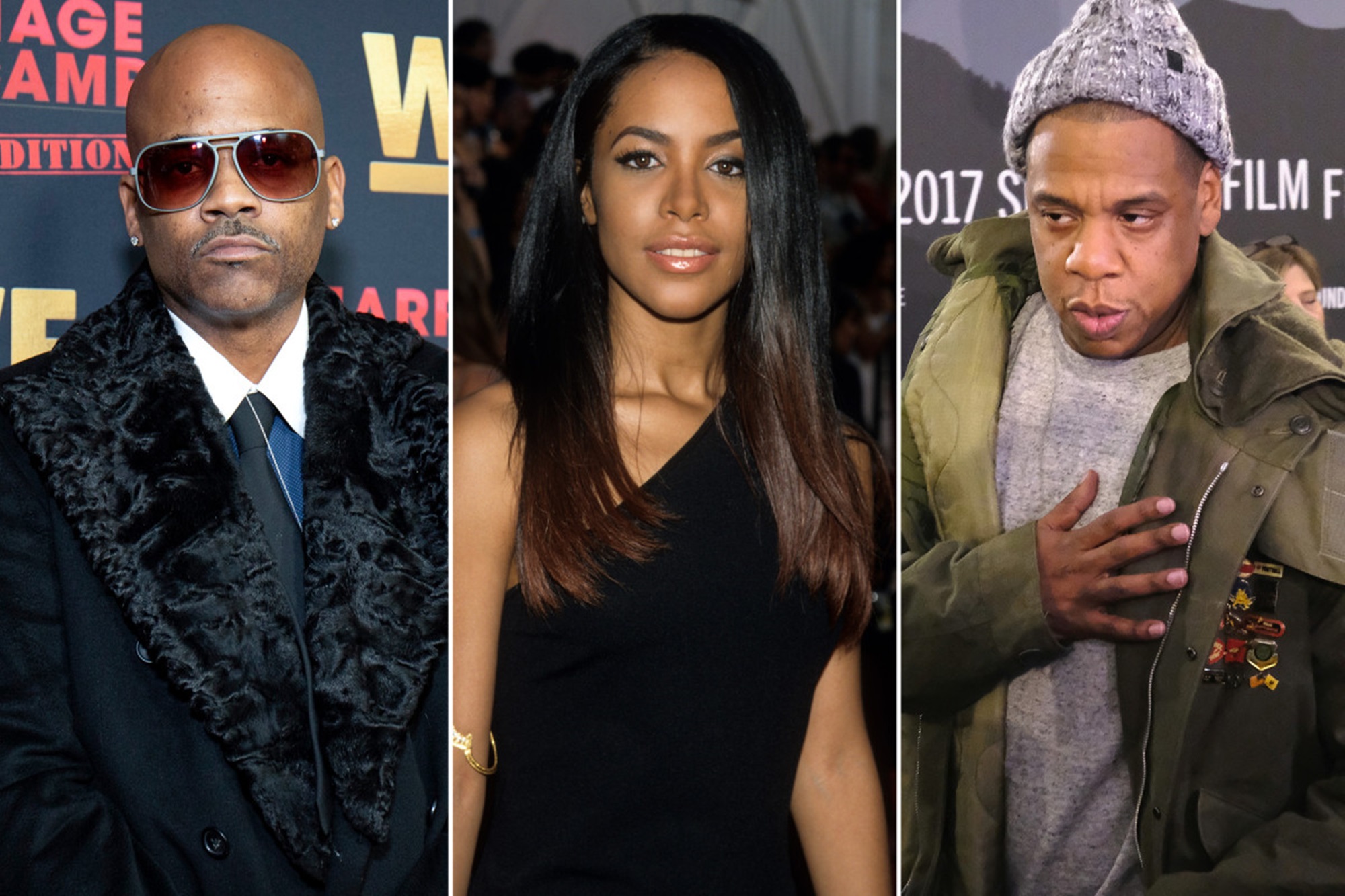 In a new interview, Damon revealed that Jay-Z had his sight set on the late Aaliyah before Beyonce.

He said: “He tried very hard. I did not mean to fall in love with Aaliyah, and she was just that cool. But you know, we were both going hard … everybody was trying to get to Aaliyah — it was not just Jay.”

Damon went on to say: “She was just cool as hell … we would laugh … we never stopped hanging, and that is what happened with her. There was never any obligation or any title … just liking being around somebody for who they are. I was not in love with Aaliyah through the television — I fell in love with her from hanging out and meeting her. She looked different than Aaliyah on the TV screen.”

He added: “I did not know Jay was trying to holler at her, but then it just happened like that. He was trying, and I was trying. Everybody was trying — he was going hard.”

According to recent reports, Damon had been arrested and taken into custody over charges of owing nearly half a million in unpaid child support.

The hip-hop mogul is facing severe problems right now, and it might take a while for his situation to be resolved at this rate.

Authorities have revealed that they have been investigating him for nearly half a decade, and many people involved in the investigation had apparently been looking forward to bringing him in for quite some time.

They have also stated that they have spent a long time trying to convince Damon to turn himself in voluntarily and resolve the situation correctly, but he had so far continued to refuse.

The businessman allegedly owed the money to a total of two women but was claiming that he had nothing available to pay them — other than money which he needs for other purposes.

Damon also seems to have made his situation more complicated with his relatively relaxed attitude, which has drawn even more negative attention to him from multiple sides.

It is not clear how this is going to progress at this point and how it’s is going to impact Damon’s entrepreneurial activities. Still, it does seem like it is going to be an increasingly bad situation in his life.

Fans say hopefully it will get resolved in a way that fits all parties because he does seem to stand to lose quite a lot at this point.

It’s a shame how evil is desperately trying to take happiness away from everyone. Jay Z & his beautiful family are very wise to ignore the trash & keep living the blessed life. I am Very proud of the strength/knowledge J & his family has in this world. Congrats from me & mine

this man is a whole MITCH at this point , if you dont mess with JayZ and are not friends stopping talking about him. Y’all friendship been over and I am almost 100% sure it will NEVER be again. Im glad he and his wife do address any talk about themselves, clearly he is NOT a factor in their life.

He is a skewer and so jealous of J . And J andhis family is not paying the bum no mind oweing fie child support every time u see that bum he is as always trying to pull Jzee down but instead God keep blessing J and hi family