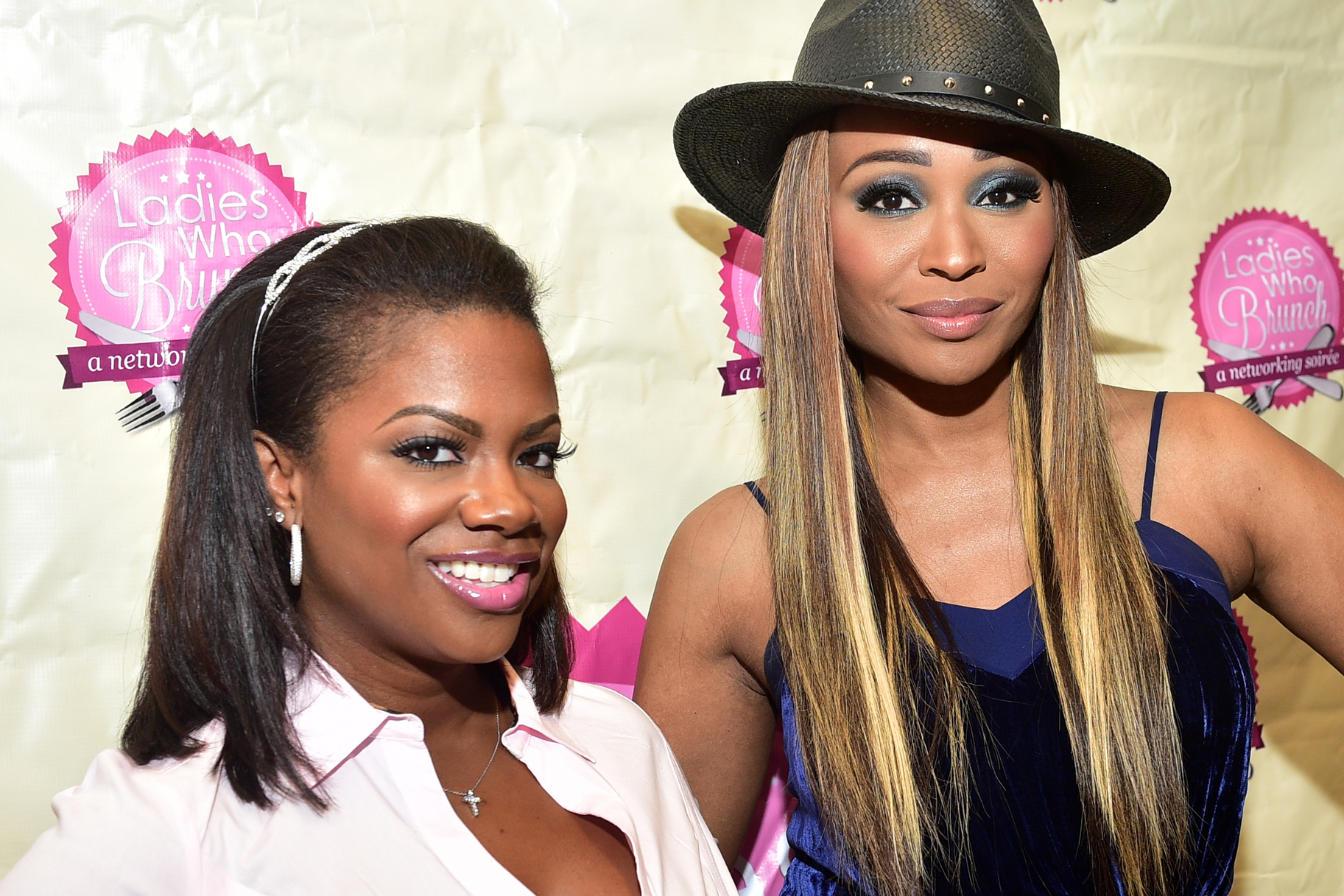 The cookie lady made an infamous return to the Real Housewives of Atlanta on Sunday night. It turns out that Kenya Moore isn’t the only one who had the idea to bring the woman around the group.

If you haven’t been watching the show, the much talked about cookie lady is the owner of the bakery that neighbors Cynthia Bailey’s wine cellar. The woman approached Cynthia and Kenya to tell them a story about Tanya Sam’s fiance, Paul Judge.

The woman claimed that Paul flirted with her at a bar and told her that he was single. Tanya ended up brushing the interaction off because her story didn’t add up.

However, fans were up in arms because Moore invited the woman to brunch with Tanya, Cynthia, and Eva Marcille to be spiteful due to Sam exposing her for bringing a wig on their trip to Toronto.

Kandi Burruss wasn’t a part of the scene, but she commented on it via her Youtube channel series Speak On It where she revealed something interesting.

‘When Kenya had brought up the fact that Cynthia had invited the girl to come around before. We actually do talk about that… later on. I don’t know if they’re going to show that in future episodes but that does come up. I remember us talking about that. You did invite that lady to come around Tanya before now. I don’t know if that was shade or if she really likes the cookie lady and wanted to invite her.’

She even went on to admit that it was shady when Kenya and Cynthia walked the cookie lady out while Tanya and Eva remained at the table.

‘It was shady the way Cynthia and Kenya both walked out with the Cookie Lady and left Tanya sitting there — I was like this was awkward. Then Cynthia even came back because she left her cookies. Eva tried to be supportive to Tanya but she was even going on-and-on about how good the cookies were. I’m sorry, if me and this cookie lady ain’t getting along and you supposed to be my friend – I don’t need you going on-and-on about how good her cookies are.’

What do you think about this storyline and Kandi’s comments?

I expect Kenya to behave like that because she’s a miserable,broken,unloved individual that will do anything for attention.She’s a HATER and wishes she had Tanya’s life,at least she would have a man that could stomach her.Cynthia is Kenya’s do girl.

I have to agree with you all. Cynthia is just sneaky. Kenya is evil. Kandi is just always trying to keep herself low key and be a bully when she wants to.

Kenya is nothing more than a mean spirited bully, but can’t stand up to Mark. Always talking about her natural long hair. Who cares she’s not the only POC with a head full of hair. Cynthia is phoney and a two faced spineless fence strandler. Kandi needs to keep her mouth shut and mind her business (at least she’s got alot of business to mind). Porsha needs to get rid of Dennis and needs to mature some more. All Eva does is eat. Nene has been shady and a bully in the past too. Tanya just doesn’t fit in with these shady ass women. But their characters what makes for reality t.v. aka Shady t.v.

Cynthia is a fraud. Hope Mike finds that out way before 101020. Kenya puts all her energy in the wrong place. If she used half the time she uses to be messy on working on her relationship it might survive. We all suspected the cookie lady was staged. Kenya the way the man you married was dismissing you and you were like a puppy. Well use the energy you use on others to be mean and nasty on your man so he can hear you…lol…see how that will work

I think Kenya and Cynthia both were wrong and very disrespectful. They are not true friends, Kenya is messy boots and Cynthia throws the brick and hides her hand. Those bitches are so shady. When it comes to Eva, Eva who, why is she even on the show. Wind blower, which ever way the wind blow, Eva blow.