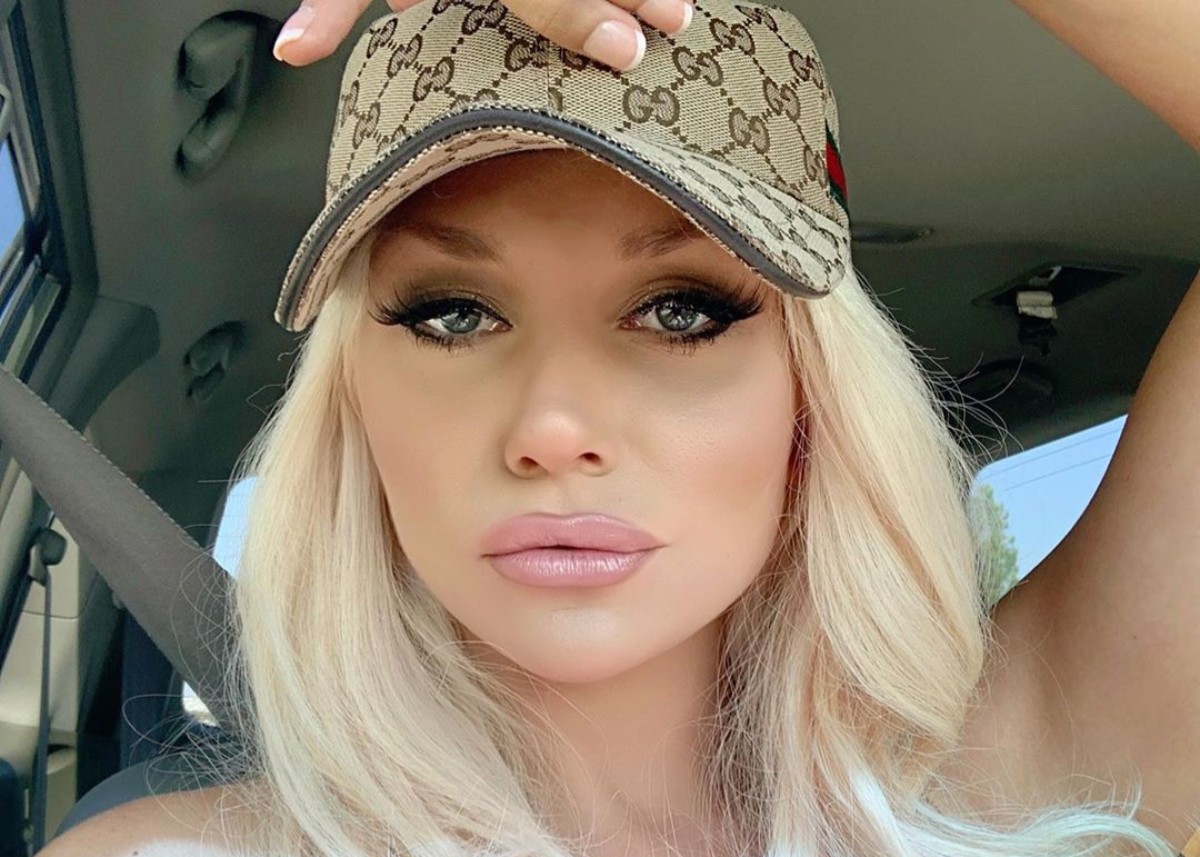 Courtney Stodden’s love life has become headline news since the buxom blonde was spotted out with Brian Austin Green. First, Courtney went to lunch with Brian and it was reported they were speaking about music, but on Tuesday night, Courtney posted a video where she and Megan Fox’s estranged husband were in a hot tub together. Chris Sheng and Courtney Stodden shared many photos together on their Instagram pages, now, suddenly those pictures are gone and Courtney posted a new picture that has resulted in plenty of comments from those curious about who Courtney is actually dating.

Some are asking if Chris and Courtney broke up due to her hot-tub get together with Brian. No one knows for sure what is really going on except for Chris, Courtney, and Brian, but Courtney did share a special message that Chris had sent her. The entire post has left fans confused and even Frenchy Morgan responded by saying “He love you.”

Just received this from a M.A.N. Maybe they aren’t all bad 🧘🏼‍♀️ Chris, You are the sweetest!! #love #patience #acceptance #hope thank you for being there regardless of circumstances ❤️🙏🏻

Why all of Courtney’s photos have suddenly disappeared from Chris Sheng’s Instagram remains a mystery, but Courtney does have a few photos left on her own Instagram where she has Chris tagged.

‘One person left a comment on Courtney’s post saying that Chris was a good guy. Another said he loved her, and someone suggested that Courtney loved Chris but was not “in love” with Chris.

Some asked what this meant for Brian Austin Green, but many people pointed out that Chris is a good guy.

Whether Courtney will date Brian Austin Green is anyone’s guess and exactly what happened between Courtney and Chris is the subject of public discussion.

It does appear from the comments that Chris has more supporters than Brian Austin Green.

What do you think? Should Courtney Stodden choose Chris Sheng?

Charisse Van Horn is a freelance writer from Tampa Bay. She enjoys writing about celebrities, entertainment, and fashion. Any reproduction of this article outside of Celebrity Insider will be met with legal action by the writer.</em