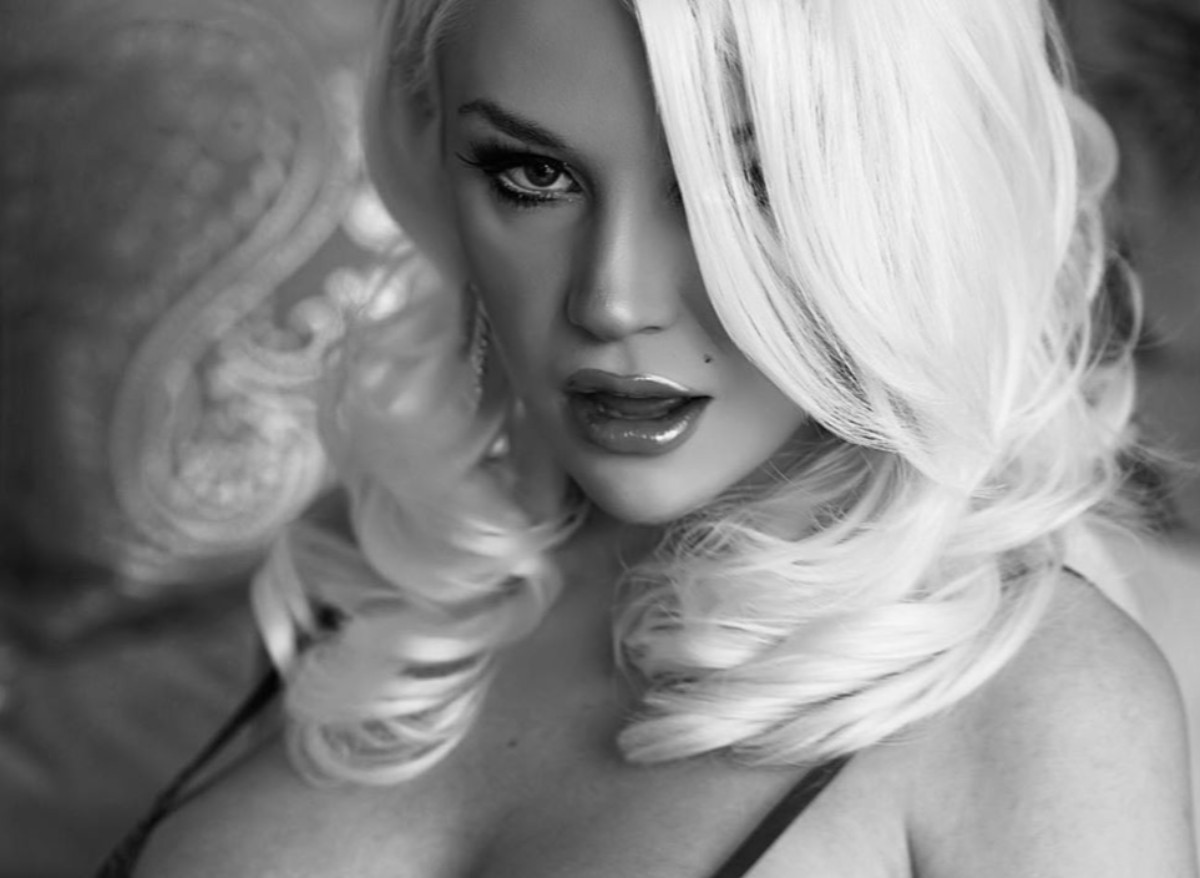 Courtney Stodden is a busy woman. She’s been protesting for black lives matter and has been in the studio recording music. In fact, she’s so busy, she declared that she has no time in her life for f*** boys. Now, some are asking if she is referring to Megan Fox’s estranged husband Brian Austin Green who was recently spotted sharing a hot tub with the blonde bombshell. Courtney’s been sharing plenty of photos and videos on her social media accounts, as well as speaking out about her marriage to actor Doug Hutchison when she was only 16-years-old and he was 50. The union catapulted Courtney to reality star as people wanted to tune in and find out more about her life and marriage. Now, divorced, Courtney is beginning the process of speaking out about that relationship and her feelings that she will express in an upcoming book.

On March 3, 2020, Courtney’s divorce to Doug was finalized and she shared a photo and a lengthy caption. Here is a portion of what Courtney wrote.

“I look back at this picture and feel absolutely taken advantage of. I’ve been scared to even speak up about feeling groomed or being verbally abused during the almost 10 year marriage because I was a child and he was 50 when we married but I’m a woman now and it’s time for me to put my big girl pants on and speak on this matter. I’ve felt completely trapped, manipulated and at times abandoned by adults // growing up in such an environment — it became a lonely and dark place.
Stay tuned for my book.”

Some may not be aware that Courtney started out in beauty pageants and wanting to be a singer. She met Doug Hutchison while taking his online acting workshop as a teenager.

Here is a video of Courtney Stodden singing her original song “Glass of Wine.”

Courtney has even covered Adele’s song “Someone Like You.” Many people are sounding off that they feel Courtney was groomed, taken advantage of, and refer to her as a “child bride.” According to the response on social media, many are looking forward to reading her book and finding out more about what her life was like.

Courtney recently showed off her beach body on Instagram while listening to Britney Spears’ song “Womanizer.”

Though speculation was high that Courtney Stodden may have been dating Brian Austin Green, it appears that he is seeing Tina Louise.

What do you think about Courtney Stodden’s post? Do you think she’s referring to Brian Austin Green or men in general? Many of Courtney’s fans are encouraging her to take a break from dating so that she can focus on her own, personal healing and building her career.