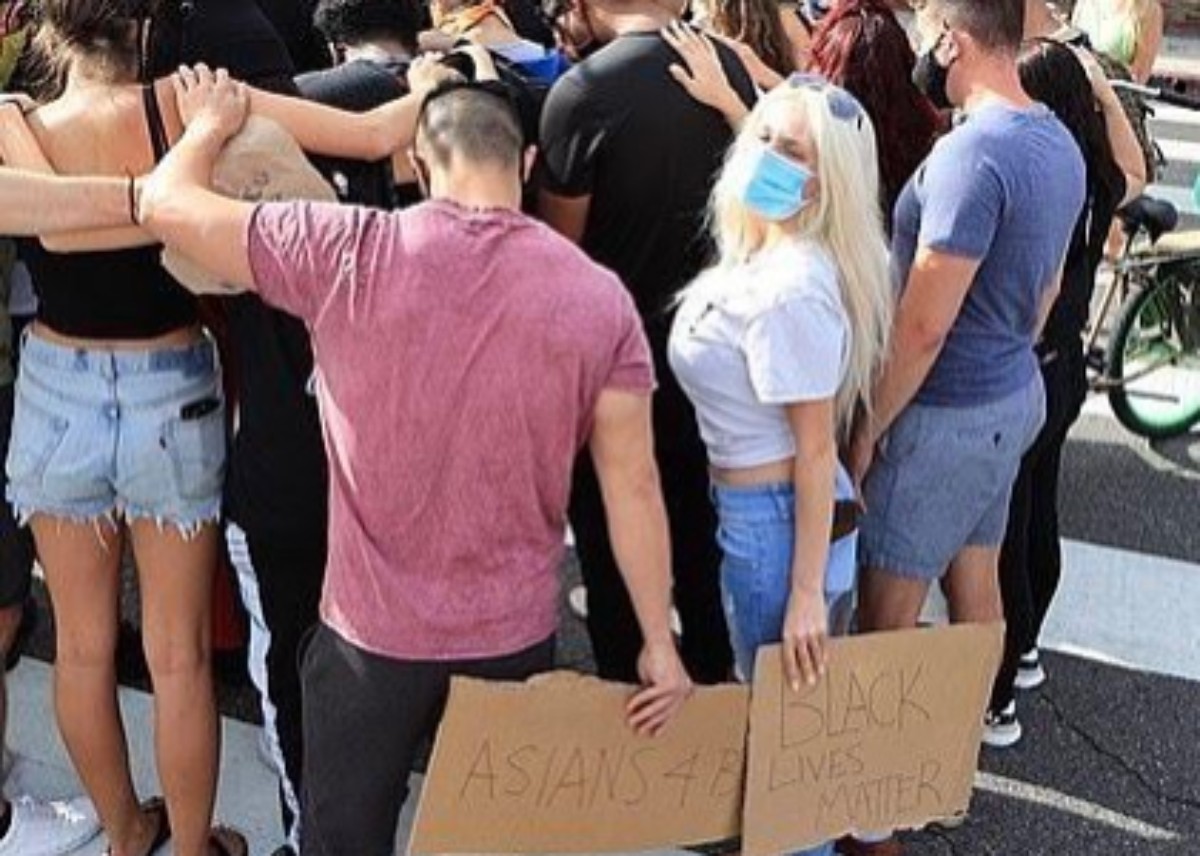 Courtney Stodden is going viral after she called out President Donald Trump’s supporters and shouted “Black Lives Matter” to them while they were protesting alongside a road. Courtney and her boyfriend Chris Sheng have been protesting in Los Angeles since the video of George Floyd being crushed to death under Officer Derek Chauvin’s knee was released. Chris has been holding signs that read “Asians for Black Lives” and “Asians for Black Lives Matter” and both Chris and Courtney have made extensive use of multiple hashtags to spread their activism.

Some were surprised to see Courtney protesting and not everyone is leaving kind comments on her posts. Some are telling Courtney that she shouldn’t lend her voice to the cause and are accusing her of trying to use the civil protests for self-promotion. That doesn’t seem to be the case though, as Courtney and Chris are both actively protesting together. Courtney has even added “activist” to her Instagram description as a way of letting people know how seriously she is taking protesting.

It may be because of her hashtags that Courtney finds herself going viral on Sunday, the day after President Trump held a rally in Tulsa, Oklahoma.

Courtney shared a video on Instagram where she was a passenger in a car driving by an array of Trump supporters who carried MAGA signs while waving American flags.

Courtney stuck her head out the window and yelled at them that Black Lives Matter. She then took the video and shared it on Instagram using the hashtags “Black Lives Matter,” “BLM,” and “F*CK Trump.”

The hashtag and her message didn’t go over well with many of those leaving comments on her video.

You may see the video that Courtney Stodden shared along with the hashtag in the player below.

Here is a photo that Courtney’s boyfriend Chris shared on his Instagram account where the two joined other activists and prayed for unity, justice, and healing.

What do you think about Courtney Stodden’s video? Were you surprised to see her joining other Black Lives Matter protesters? 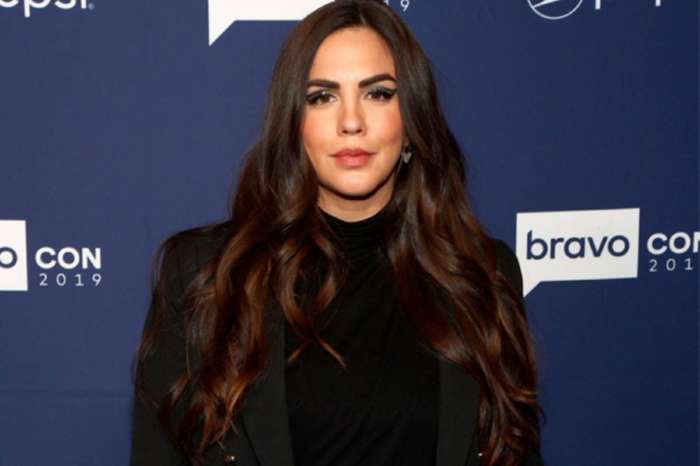