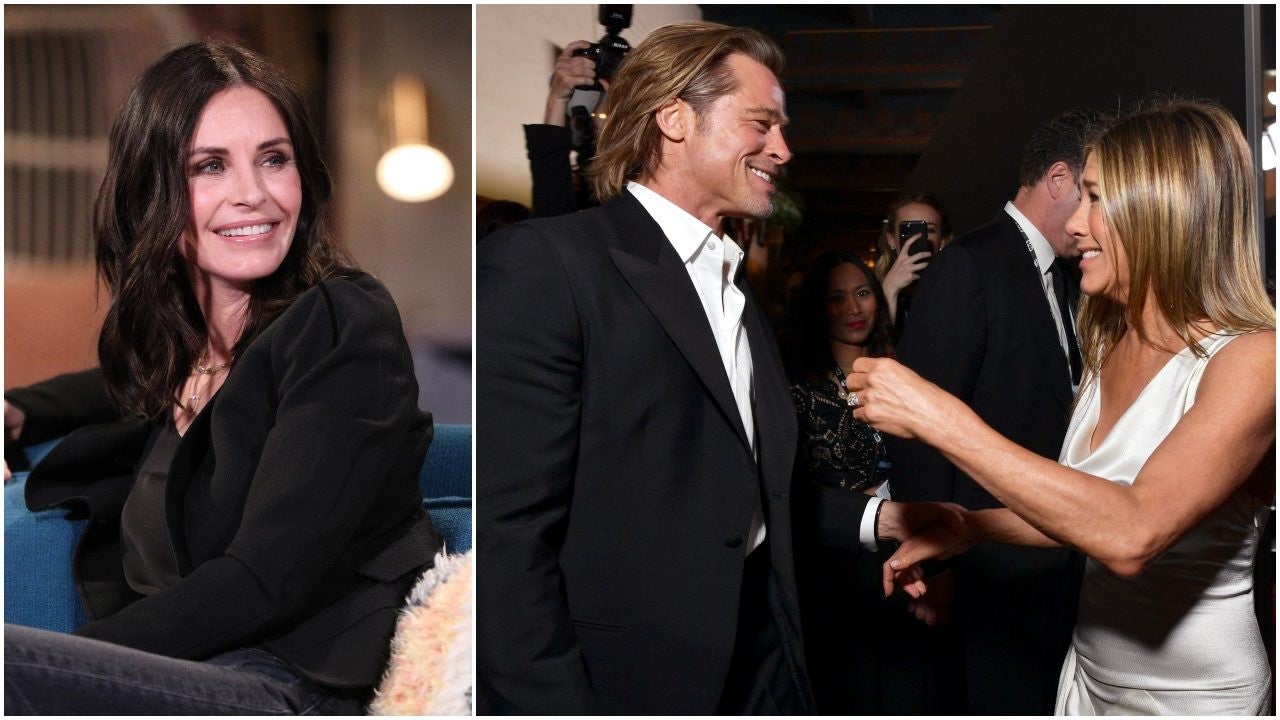 Eagle-eyed fans did not miss the fact that Courteney Cox liked multiple posts about her close friend Jennifer Aniston and her former husband, Brad Pitt’s reunion backstage at the SAG Awards. Their sweet interaction really made everyone freak out but why does Courteney think was so ‘beautiful’ about the viral moment?

One insider claims to know exactly what made her so excited about it!

The source tells HollywoodLife that ‘Courteney’s thrilled to see Jen and Brad on great terms. But more than that, she just loves seeing her best friend so very happy. Jen’s having a moment and it is only natural Courteney is cheering her on.’

However, it turns out that while many fans who still ship Brad and Jen became more hopeful than ever that they would get back together seeing their interaction at the event, the same thing cannot be said about Cox.

The actress was excited about it for a different reason!

The insider explained that ‘It’s not about romance, it doesn’t have to be about that to be meaningful. This is about real friendship. Courteney thinks it is a beautiful thing they can still see and appreciate the good in each other.’

Indeed, it’s hard for exes to be so friendly with one another, especially in their situation and so publicly.

Not to mention that the two actors have quite the history together and things between them did not exactly end on a positive note when they split in 2005 and Brad immediately went on to have a public relationship with Angelina Jolie.

A year after their divorce, Jen famously slammed Brad during a Vanity Fair interview by saying that ‘there’s a sensitivity chip that’s missing’ in him.

But a decade and a half later and they’ve obviously come a long way!

‘Courteney and Jen are best friends and they love seeing one another happy. They’ve both been through it all when it comes to relationships and they confide in each other all the time. Court knows how important Brad was to Jen,’ the insider also dished.