Sad news for fans of country music everywhere! According to new reports, singer Loretta Lynn has suffered a stroke and was rushed to the hospital.

Now, because of her health issues, the 85 years old country star was forced to cancel her upcoming tours and focus on her recovery.

Yesterday, the singer’s official website posted the news that Loretta was admitted to a hospital in Nashville after a health scare while at home.

It turns out that the issue was with her heart and upon arriving at the hospital it was confirmed that she had suffered a stroke.

“American country music legend Loretta Lynn was admitted to a hospital in Nashville last night after she suffered a stroke at her home in Hurricane Mills, Tennessee,” the website announcement read.

In addition, the website managers also added an update about her recovery, assuring Loretta’s fans that she is doing much better and is well taken care of.

“She is currently under medical care and is responsive and expected to make a full recovery.”

Sadly for the fans who were excited to see the singer perform, it was also announced that due to her heart problems, her upcoming tours had been postponed.

She “has been advised by her doctors to stay off the road while she is recuperating.”

Loretta Lynn is the most awarded female country music artist and so, there are many people who admire and care about her.

Fans and close friends took to social media soon after the sad news broke out and made sure to send Loretta her prayers and get-well wishes.

“Sending all our love to @LorettaLynn and hoping for a speedy recovery!” Grand Old Opry tweeted. 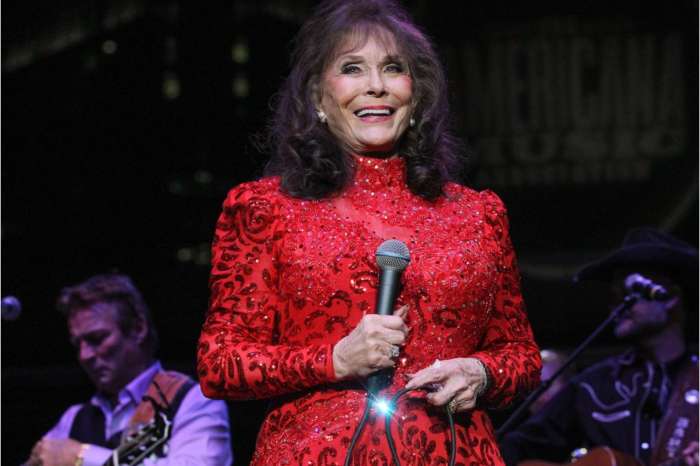 Also, I love Loretta Lynn and her STRUGGLES as mine, She still HAVE SO MUCH MORE 2GIVE. I AM ASKING GOD TONIGHT 2 SPARE HER FOR US. I AM A BROWN FACE THAT GREW UP LISTENING AND EDUCATED IN SCHOOL TO ENJOY ALL MUSIC, WE WERE PUSHED IN MEMPHIS THEN, & HAD TO LEARN COUNTRY, WESTERN AND BARN DANCE.LIVE ON LORETTA, I HOPE U GET THIS. LOVE B

I know it’s scary and an overwhelming feeling, FEAR as we start the age of 60. WISH Scientist,Physicists could brain storm extending life, preserving life, ABOUT 10-20 YRS. After turning 70 -75 YR old people. I will be first to do clinical TRIAL. ANY GOING ON NOW? Please