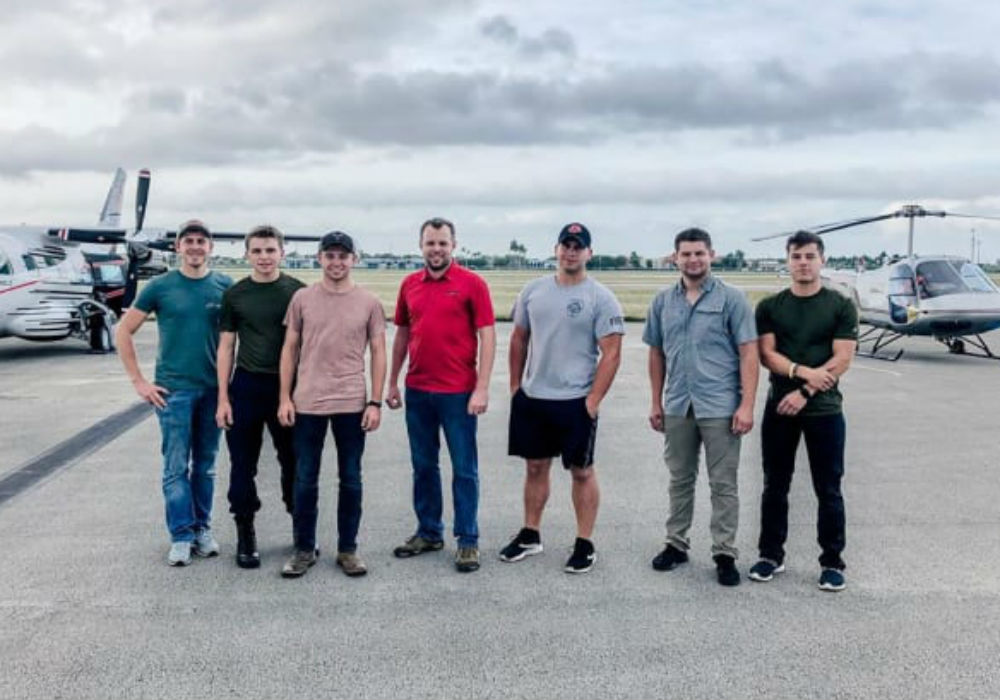 Austin has recently reunited with his wife, Joy-Anna Duggar after being in the Bahamas since September 3rd. He joined the Medical Evacuation Disaster Intervention Corps (MEDIC CORPS), along with several other Duggar siblings in their venture to aid those in the Bahamas after the hurricane.

We were privileged to serve with @mediccorps and many other great teams to help with disaster relief in the Bahamas. The devastation from hurricane Dorian is overwhelming! Please continue to pray for our team working on the ground and for the people of the Bahamas as they look to the future. ❤️🇧🇸 #mediccorps

Joy-Anna posted several sweet photos of their reunion along with a kind message for those who are still working on relief efforts. Hurricane Dorian caused a loss of power and has limited food and water for those living in the Bahamas after making landfall on September 1st.

The Duggar’s relief efforts are not without controversy. There have been many volunteers claiming that the reality stars weren’t there to help and that they were there only for show. While the Duggar’s social media accounts show much of their supposed relief work and efforts there have been reports from fellow volunteers that they were less than helpful, reportedly detrimental by some accounts.

One volunteer in particular anonymously took to social media to detail his experience with the Duggar family. Saying the reality stars carried handguns, handcuffs, and wore “Arkansas constable badges” all while seizing supplies form staging areas in the island areas they were to be providing aid to.

While the account hasn’t been formally verified, several photos are showing the Duggar family in photos working with the social media tattletale, one photo even reportedly showing John David Duggar behaving belligerently to Bahamian officers.

Further disappointment has been expressed concerning the family’s naming of their charity group. With a name like “Medic Corps,” many have expected the group to aid with medical efforts when they are not medically experienced or qualified individuals.

He’s HOME!🥳❤️😍 . Keep praying for @mediccorps and some of my family as they are still working down in Bahamas!🙏🏼 #reliefwork #hurricandorian

The Duggars have not commented or made any statements concerning their relief efforts or the accusations surrounding the trip, which has left fans wondering if there is truth to be found in the accusations.

Counting On returns with new episodes this fall on TLC.