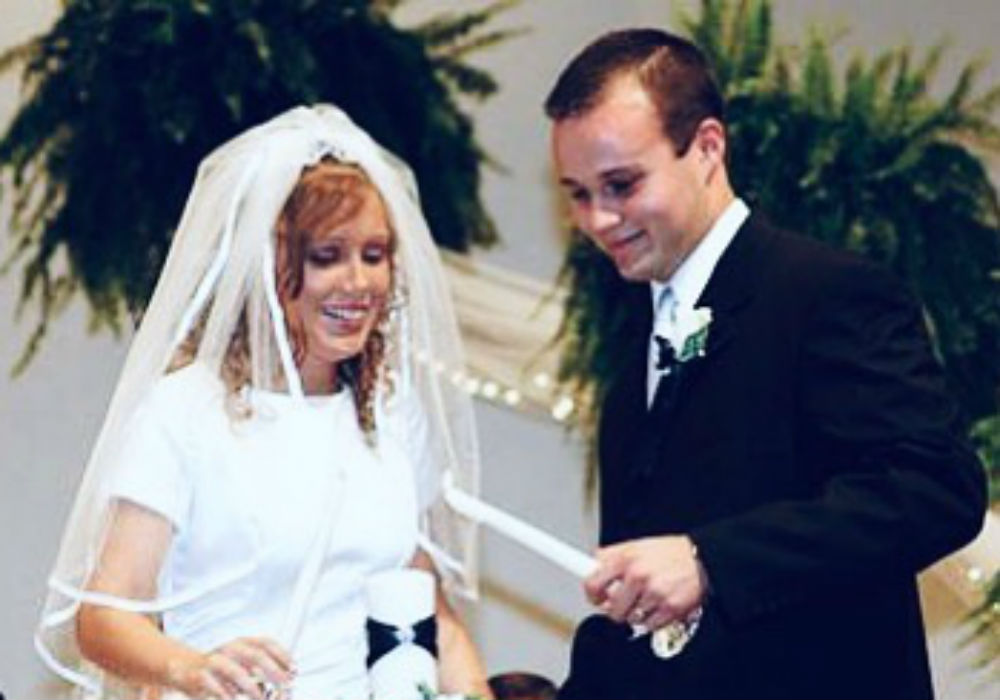 This week, Counting On star Anna Duggar celebrated her 11th wedding anniversary with disgraced former 19 Kids & Counting star Josh Duggar, and she made it clear she hasn’t forgotten about what her husband has put her and their family through.

Anna took to Instagram to share with fans her thoughts about her 11-year marriage, and it’s evident that Josh’s molestation and cheating scandals are still on her mind. Anna posted a pic from their wedding day, and in the caption she talked about the “shadows of sorrow” the couple has walked through.

The 31-year-old wrote that their joys have surpassed those sorrows, and she can’t believe it’s been 11 years since the couple said “I do.” Anna says that God’s kindness and grace has sustained them, and she is thankful for their children. She added that she looks forward to growing old with Josh, but admits that being young together is also a lot of fun.

Anna also mentioned that she had a miscarriage when she was talking about their children, as she referred to “5 here/1 in heaven/1 due in Nov.” Josh and Anna are the parents of Mackynzie, 9, Michael, 8, Marcus, 6 Meredith, 4, and Mason, 2. Anna is currently pregnant with their sixth child and is due in November.

As Duggar fans know, Josh and Anna’s marriage nearly came apart in 2015 when he got caught up in two scandals. First, it was revealed that Josh, the oldest child of Jim Bob and Michelle, had molested five underage girls – including four of his sisters – when he was a teenager. To make things worse, fans found out that his parents had covered it up.

Not long after, his paid account with the cheating website Ashley Madison came to light, and he called himself “the biggest hypocrite ever.” Not only did he have an account on Ashley Madison, he also had a dating profile on various websites.

Happy 2nd Birthday Mason! Mommy, Daddy, your brothers and sisters love you so much! Mason, you have brought so much joy to our family — you are such a treasure and blessing! 9.12.17 #littleduggars #Mason #Duggar #birthdayboy #love

The scandals led to TLC canceling 19 Kids & Counting and nearly ruining his family’s media empire. Later, when the network continued with the spin-off Counting On, they made sure to edit Josh out of all family events, and he has never appeared on the show.

The scandals also cost Josh his job at the Family Research Council in Washington DC, and the family had to move home to Arkansas while he entered a faith-based sex rehab program in Illinois.

The new season of Counting On premieres in October on TLC.