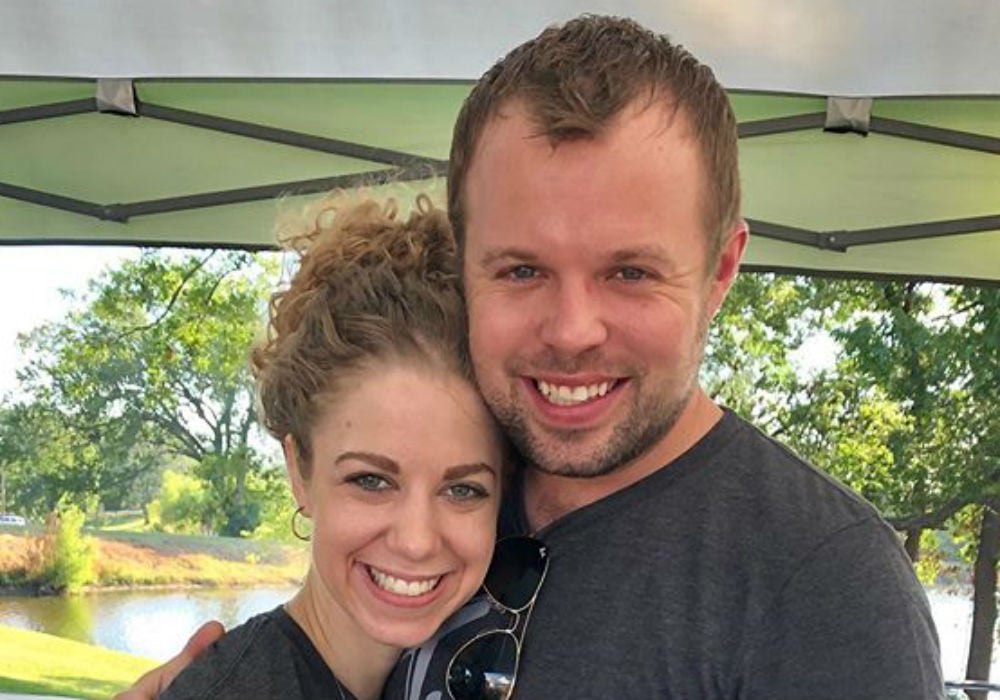 Counting On stars John David Duggar and Abbie Grace Burnett are settling into their new life as parents after bringing home their newborn daughter, Grace. The couple shared the first at-home photo of their two-week-old on Instagram, and they also talked to Us Weekly about how their lives have changed.

“We are settling into our new routine of life, which has included a few long nights as Gracie is still trying to figure out the difference between day and night!” explained the couple.

I think our hearts have grown 10 sizes!

They added that both mom and baby are doing well, and they are “very much in love” with their daughter. John David and Abbie Grace explained that it’s been nice getting good advice and help from their families, and they are grateful for the support their loved ones have shown them during this “wonderful phase” of their life.

Burnet gave birth to Grace on January 7th at 3:21 in the morning. She weighed in at 7 lbs., 11 oz., and she measured 20.75 inches long. At the time, the couple said that their lives had changed forever after the arrival of their baby girl. John David and Abbie Grace said their daughter is a beautiful gift from God, and they are blessed that the Lord has given her to them.

John David and Abbie Grace admitted it was surreal to know that they really are parents, but they are excited to take on a new great adventure together.

Welcome to our world Grace Annette (Gracie)!!! Gracie was born early Tuesday morning, she was 7 pounds 11 oz and 20 3/4 inches long. We are quite smitten by our new bundle of joy and are soaking in all of her little newborn snuggles! 💖💜💖

Grace’s birth came after a difficult pregnancy that found Burnett in the hospital on multiple occasions. Duggar revealed back in October that his wife suffered from hyperemesis gravidarum, which is extreme morning sickness.

Duggar said it hit his wife hard, and she was “down for probably seven weeks.” In addition to multiple visits to the ER for dehydration, Burnett was also admitted into the hospital a couple of times. The 30-year-old said his wife couldn’t eat or drink anything, and she was also on IVs in the hospital and at home.

“So that was a pretty scary time,” said Duggar.

All of that is behind them now, and John David Duggar and Abbie Grace Burnett are thrilled that their daughter is finally here.