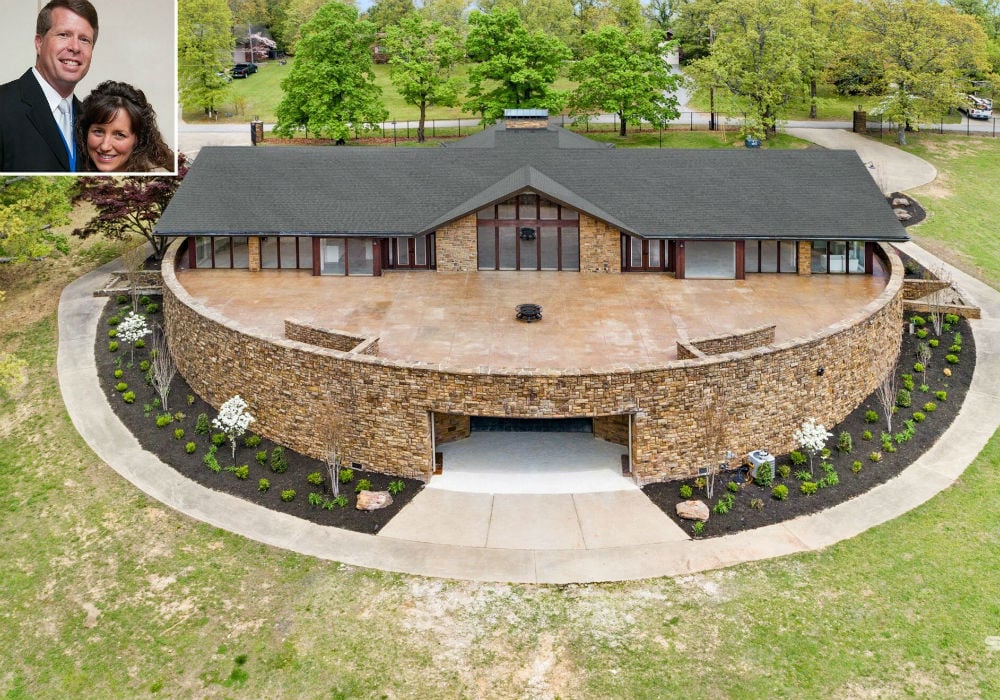 Counting On stars Jim Bob and Michelle Duggar were in the real estate game long before they became reality stars, and they just made a major profit after flipping one of their largest homes ever. Six years after purchasing a 10,000 square-foot home in Springdale, Arkansas, known as Baylor Mansion for $230,000, the parents of 19 have finally sold the property for $1.53 million.

House flipping and rental properties have continued to be a source of income for the couple during their long run on TLC – in addition to their network salary – and the Duggar patriarch and matriarch put a lot of money and sweat equity into this project.

Having a special time attending the livingunited.com marriage conference in Branson! I am so thankful for my best friend Michelle marrying me 35 years ago! 💕

According to People magazine, the four-bedroom, nine-bathroom home was built in 1969, and the design was apparently inspired by Frank Lloyd Wright’s iconic round house. The original listing for the property stated that the round first floor is surrounded by a concrete wall and was “supposedly built to withstand a nuclear attack.”

Jim Bob and Michelle opted to keep some of the original features of the home – including the walnut ceilings and doors and slate tile floors – but the majority of the property went through a major renovation to update the aging home.

The couple added white kitchen cabinets and new fixtures, and they opened up the floor plan to expand the living room with stone accent walls and a fireplace. They also added five bathrooms, renovated the three additional kitchens with granite countertops and new appliances, and updated the master suite with a new freestanding soaking tub and separate walk-in shower.

Other features of the home include an elevator, a screening room, a gun storage room, and a winding staircase. The home sits on 2.73 acres, and the Duggars updated the giant stone patio by ripping out the green outdoor carpet, and there is also a three-and-a-half car garage.

It’s not clear just how much money the Duggars invested into the property on top of the $230,000 purchase price. But, with a selling price of $1.53 million, they definitely made a handsome profit.

Jim Bob and Michelle Duggar first put the home on the market in May 2019 for $1.8 million, but then six months later they lowered the price to $1.1 million. In December 2019, the Duggars switched realtors and temporarily took it off the market, while bringing in an interior designer to furnish the property.

They put the house back on the market for $1.38 million with furnishings and an extra plot of land next door, and it sold in February over asking price.

Kandi Burruss Is Staying At Home With Her Son, Ace Wells Tucker - See Their Sweet Photo Together