Counting On – Jana Duggar ‘Has A Bunch Of Guys After Her’ 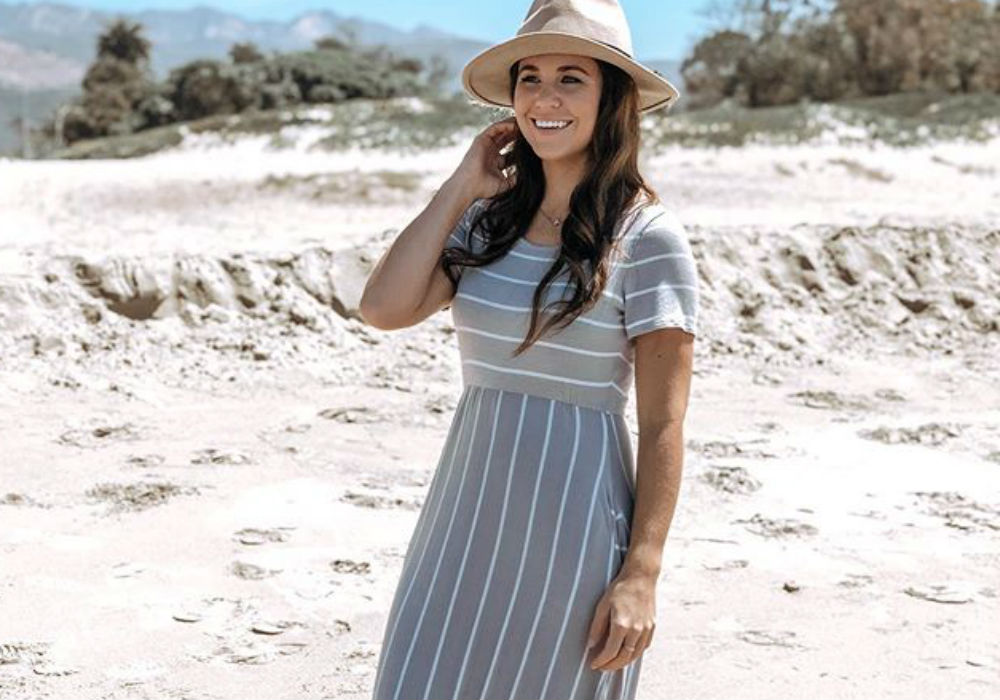 While everyone in the Duggar family seems to be getting married and having babies, Jana Duggar – the oldest daughter of Jim Bob and Michelle – is about to turn 30 and she is still single. In the latest episode of Counting On, Jana’s younger brother Jedidiah says that there are a lot of guys interested in courting Jana, but she keeps turning them down.

In a teaser clip for this week’s episode, the topic is Jana’s single status and the numerous courtship rumors that have followed her over the years. In his confessional, 20-year-old Jedidiah says that Jana has a lot of options when it comes to men, but she hasn’t found the right guy yet.

“Jana has a bunch of guys after her,” revealed Jedidiah. “And so I think it’s just a matter of time before Mr. Right comes around.”

Later in the video, when a producer asks Jana if she feels pressure to get married, she appears to be tired of hearing that question. Jana is the only woman in the Duggar family over the age of 18 who isn’t married. And, all of her married sisters – Jill, Jessa, Jinger, and Joy-Anna – tied the knot in their late teens or early 20s.

With the exception of her twin John David – who married Abbie Grace Burnett last year at the age of 28 – all of Jana’s married siblings wed at an extremely young age and immediately started having babies.

And, it appears that another young Duggar is courting. According to OK! Magazine, Jana’s 20-year-old twin brothers Jeremiah and Jedidiah and her 19-year-old brother Jason went on a road trip, and one of them ends up in a courtship because of it.

However, none of this is changing how Jana does things. An insider points out that Jana isn’t interested in the Duggar family norm.

“Meet a nice boy, date, get engaged, marry and start a family right away — that’s just how the Duggars do things,” says the source. “But, Jana isn’t going to marry someone just to follow the family norm — and that’s refreshing.”

Earlier this year, Jana actually spoke about her dating life – which she rarely does – and she said that she was still looking for the right guy.

“In the words of Michael Bublé, ‘Just haven’t met [him] yet,’” wrote Jana.

The 29-year-old says she has courted a few guys, but so far nothing has turned into a serious relationship. Jana Duggar says she continues to wait and pray for the right guy to come along.