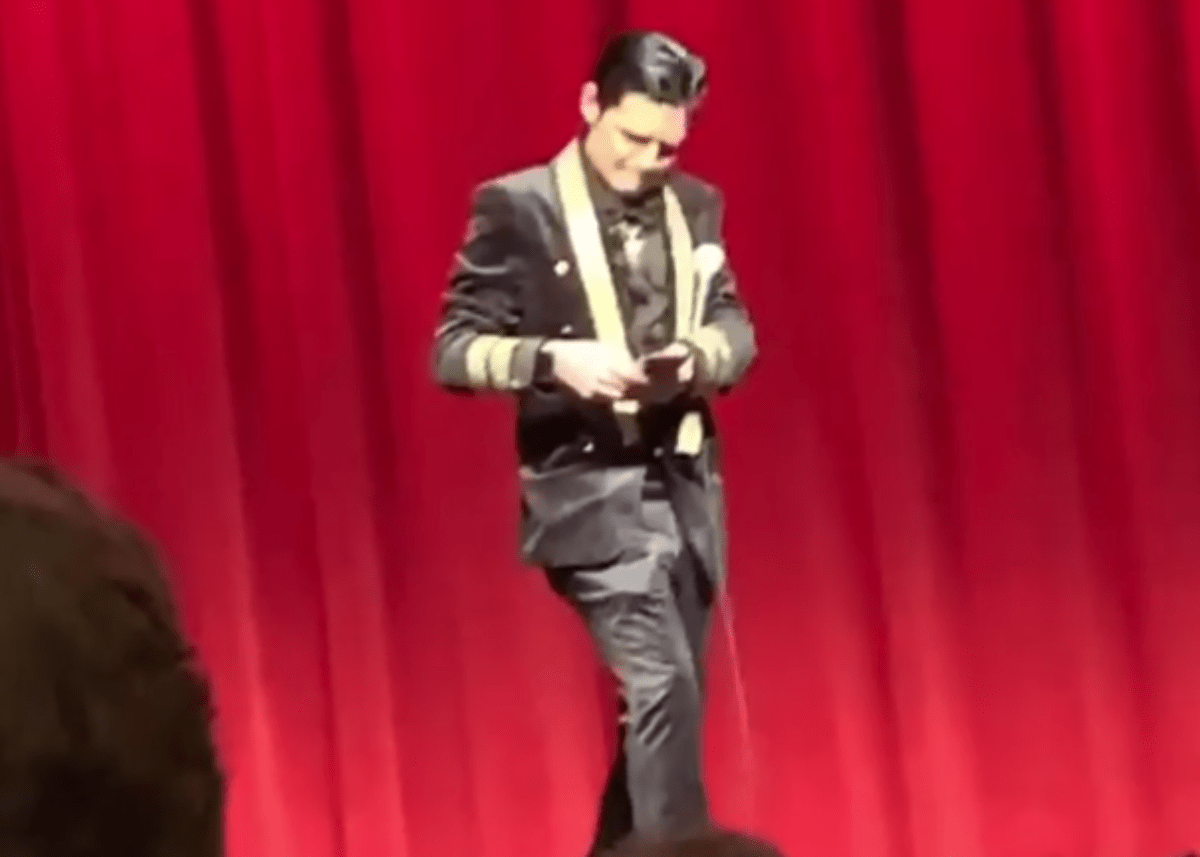 Corey Feldman released a video showing the exact moment he found out his movie premiere was hacked. On March 9, 2020, Corey Feldman held a premiere for his documentary (My) Truth: The Rape of 2 Coreys at LA’s Director’s Guild. It was billed to be an epic, ground-breaking event. While the live premiere was filled with media, journalists and celebrities those who purchased a ticket would view the film live-streaming online. In this sense, it would be a time when those at home could be part of the real-time premiere. A panel was established to address questions following the film and Corey Feldman planned a live Twitter event where he would address viewers directly.

Instead, everything Corey Feldman planned came to a crashing halt and chaos ensued.

At the very moment the premiere would take place and simultaneously, the live streaming of the film was set to air, Corey learned that his website had crashed. Several days following, his tech team announced that after an investigation was conducted, they determined the site was under a DDoS hack and that hackers prevented the movie from streaming, as was announced via a message on the official MyTruthDoc.com site

The hack has prompted great concern that a pedophile network has spared no expense to silence Corey Feldman from revealing his truth and even resorted to preventing his movie from being streamed.

You may see Corey Feldman as he spoke live at the (My) Truth: The Rape of 2 Coreys premiere when he learned the site had crashed and the movie wouldn’t stream in the video player below.

A MOMENT LIKE THIS: A SECRETLY OBTAINED VIDEO FROM SOMEONE WHO WAS IN THE AUDIENCE & HAPPENED 2 CATCH THE EXACT MOMENT I DISCOVERED THE LIVE GLOBAL WORLD PREMIER OF #MYTRUTHTHERAPEOF2COREYS WAS HACKED BY A PROFESSIONAL CULT LIKE GROUP OF #PEDOPROTECTORS WORKING 2 HELP STEAL, PIRATE, & SPREAD DISINFORMATION ABOUT #MYTRUTHDOC WHILE TRYING 2 CHANGE THE NARRATIVE OF HOW IMPORTANT THIS FILM TRULY IS! EVERY TIME U WATCH A STOLEN COPY VIA A BIT TORRENT, STOLEN YOUTUBE LINK, OR A #FAKESITE U R SUPPORTING THE CRIMINALS THEMSELVES WHO R EARNING $ OFF THE THEFT! THE FILM MAKERS RISKED THEIR SAFETY & I SPENT 1.7 MILLION, MORE THAN I COULD AFFORD, 2 BRING U #MYTRUTH WHILE THEY HIDE IN THE SHADOWS CHANGING THE MESSAGE FROM THE INVESTIGATION N2 THEIR CRIMES, JUXTAPOSING IT WITH BLAME ON ME CHARGING PPL 4 OUR WORK! #PLEASESUPPORTUS AS #MYTRUTHDOCRETURNS AFTER A #MEDIABLACKOUT WE CAN ONLY COUNT ON U MY DEAREST FANS, 2 #DEMANDJUSTICE4VICTIMS #DEMANDJUSTICE4COREYHAIM #DEMANDJUSTICE4THE2COREYS #DEMANDJUSTICE4RICKYGARGIA & SHOW THESE PERVERTS & LOWLIFES THAT #MYTRUTH MATTERS BY WATCHING THE ONLY LEGAL COPY AS #MYTRUTHRETURNS ON WEDNESDAY 4-22 ONLY @ WWW.MYTRUTHDOC.COM ADVANCED TICKETS R NOW ON SALE! I LOVE U & THANK EACH OF U 4 YOUR UNWAVERING SUPPORT IN THE FACE OF THESE ENDLESS & MALICIOUS ATTACKS ON OUR IMPORTANT MESSAGE ! THIS FILM IS NOT JUST ABOUT THE NAMES, ITS ABOUT THE DETAILS OF HOW THEY DID IT, & HOW THEY CONTINUE 2 SUCCESSFULLY HIDE IN THE SHADOWS, AS MUCH AS IT IS A USEFUL GUIDE 2 HOW THEY WORK, SO U CAN LEARN HOW 2 PROTECT YOUR CHILDREN & HOW 2 TAKE ACTION IF U R A #SURVIVOROFSEXUALABUSE #STANDBYME #STANDWITHUS #ISTANDWITH2COREYS #PRESERVEINNOCENCE #ISTANDWITHCOREY #HOLLYWOODPEDOPHILES #CASTINGCOUCHISREAL #BOYS2 #MEn2 #Kids2

Corey Feldman released his documentary on the live streaming platform the following day. He then streamed it for one week so those who missed the opportunity to watch it could see it on demand.

He is releasing it a second time on April 22, 2020, tickets are on sale now. Are you going to watch (My) Truth: The Rape of 2 Coreys when it premieres on Wednesday?