In October 2017, Corey Feldman ended his tour and started his Truth Campaign. He launched a fundraiser and vowed to make a movie that would expose Hollywood pedophilia and name his and Corey Haim's sexual abusers. In that time, he has become an ambassador for Child USA, spoke at the New York Senate to get the statute of limitations on child sexual abuse cases extended, and released his documentary (My Truth) The Rape of Two Coreys . It hasn't been a simple journey, especially after several of his former band members, Jackie Von Rueden , Poeina Suddarth, and Margot Lane, made public accusations against him. While Corey Feldman was working to expose Hollywood pedophiles, three of his former band members began working together to say that Corey Feldman was the real abuser. Now, many are asking if they were working alone.

Marilyn Manson has made recent headlines as Evan Rachel Wood , Sarah McNeilly, Ashley Lindsay Morgan, Ashley Walters, and Gabriella Accarino accused him of sexually assaulting, gaslighting, tormenting, and torturing them. Since the women brought their abuse allegations against Marilyn Manson , more people are speaking out about their experiences with the shock rocker. One of these people is the actor Corey Feldman.

RELATED: Fans Urge Marilyn Manson To Take Care Of His Health After Singer Collapses On Stage

Corey Feldman revealed that Marilyn Manson inflicted decades of emotional abuse on him and Manson himself admitted to targeting Corey in his 1998 autobiography The Long Hard Road Out Of Hell. Corey has sounded the alarm about Marilyn Manson ever since, but to no avail.

That is why it came as a complete shock to him when he discovered that two of his band members (including one who was living in his home) were spending time with Marilyn Manson both before and after his tour!

Corey Feldman set rules for his band members and consorting with Marilyn Manson was certainly off of the list. Corey has clarified that he is against Satanism, dark arts, the occult, and frequently speaks of God. Now, Jackie Von Rueden, who lived in his home, and Poeina Suddarth, his former costume designer, were spending time with Marilyn Manson! And it gets worse!

Exactly what their deep connection was/is to Marilyn Manson will be a matter for law enforcement to reveal, now that there is a nationwide call for the FBI to investigate him for multiple offenses, including pedophilia !

You may see a video featuring Corey Feldman singing "Cry Little Sister" with his Corey's Angels band. Jackie Von Rueden is to the right of Corey Feldman. The band is wearing costumes that Poeina Suddarth made.

Here is a photo of Jackie Von Rueden and Poenia Suddarth as they continue to be close friends.

An investigation into the women revealed startling information. Not only were the women spending time with Marilyn Manson, but Jackie Von Rueden publicly listed Marilyn Manson as one of her idols for her band "Singing for Satan." 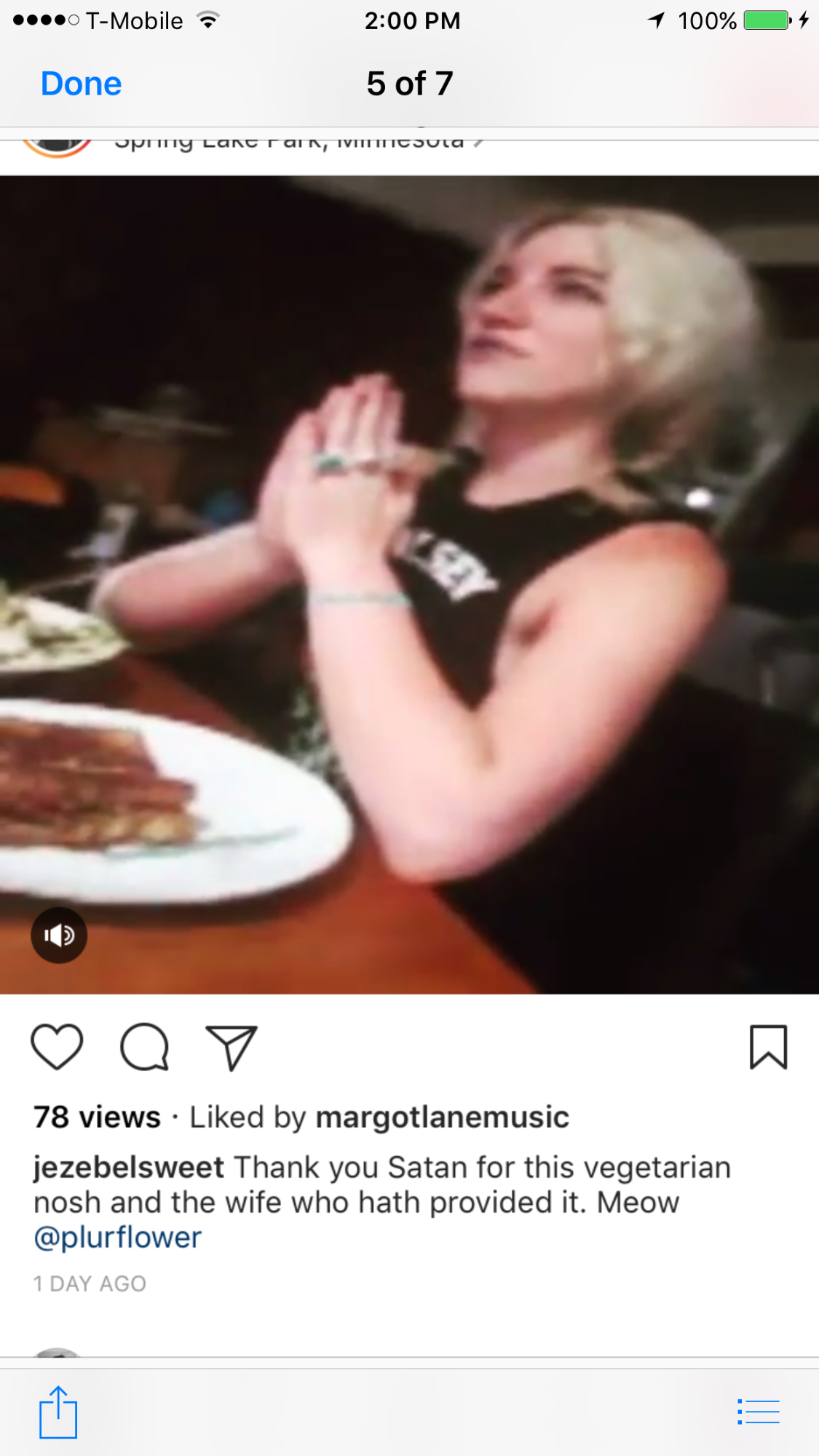 When Jackie Von Rueden targeted Corey Feldman as an abuser, many who have followed his mission to expose Hollywood pedophiles expected it. He was being targeted and frequently stated that the enemy was trying to silence him. Corey Feldman made it clear on Twitter that the 'enemy' that he spoke of linked back to Satanism!

Jackie Von Ruden publicly stated on her "Singing For Satan" Facebook page that Marilyn Manson had a heavy influence over her, but most disturbing to Corey Feldman was that she was spending time with him!

Corey has repeatedly sounded the warning about the allegations that were being levied at him, but many didn't listen.

Here is a photo of Jackie Von Rueden and Poeina Suddarth with Marilyn Manson.

Here is a tweet that Corey Feldman shared where he accused Marilyn Manson of harassment, followed by a tweet where he alleged Manson sent "Satanic spies" into his home to destroy him. The allegations are getting a fresh look now that Evan Rachel Wood and other women allege the rocker engaged in illegal, spying activity to keep track of his victims.

You may see more public photos where Corey Feldman's ex-angels discuss Satanism below.

Members of the Wolfpack, the cyberbullying group that Bobby Wolfe led while in direct communication with Corey Haim's mother Judy Haim, continually state that Jackie Von Rueden isn't actually a Satanist, but was a Christian who named her band "Singing For Satan" as a joke. The Wolfpack has harassed and terrorized Corey Feldman on a daily basis since 2017.

Here is a photo of Bobby Wolfe with Jackie Von Ruden (short, brown hair) and other members of the Wolfpack when they were together in California. There were alleged threats posted on social media that the Wolfpack was going to harm Corey Feldman's son Zen and he and his family were on high alert when the group announced their plans to meet in L.A.

Bobby Wolfe has kept a low profile but many suspect he is still leading the Wolfpack and social media attacks against Corey Feldman, though this has yet to be proved.

It should be stated that John Anderson has personally called and threatened the author of this article and that phone call is on the Stolen.News site as evidence. The phone call was then edited and given to the Wolfpack for the express purpose of intimidating this writer into silence.

You may find out more about John Anderson's case at Stolen.news.

Here are Wolfpack member conversations alleging that Jackie Von Ruden is a Christian.

Here is one of Jackie Von Rueden's tweets where she said she isn't a Satanist but holds Satanists in higher regard than Corey Feldman as she portrayed Corey Feldman as a rapist on her social media accounts.

SAG AFTRA President Gabrielle Carteris removed Corey Feldman from a panel where he was working to establish rules that would protect children from pedophiles while working in Hollywood based upon Jackie Von Rueden's allegations.

What do you think about Jackie Von Ruden's and Poeina Suddarth's association with Marilyn Manson and that Jackie openly admitted he was her idol and influenced her band Singing For Satan ?

Corey Feldman has not been charged with any crimes related to Jackie Von Ruden's, Margot Lane's, and Poenia Suddarth's allegations. He continues to fight for children.

Stay tuned for more on this developing story as it looks like the FBI will open an investigation into Marilyn Manson, especially now that he is being accused of pedophilia!

Gisele Bundchen And Tom Brady - Here's How She Feels About Him Not Retiring!

DaBaby Addresses The Outrageous Anti-LGBTQ Comments He Made On Stage This Past Weekend!

Kathy Griffin Emotionally Addresses The Hate Over Her Curly Hair!

Paris Hilton Addresses Those Pregnancy Reports - Is She Going To Be A Mom Soon?