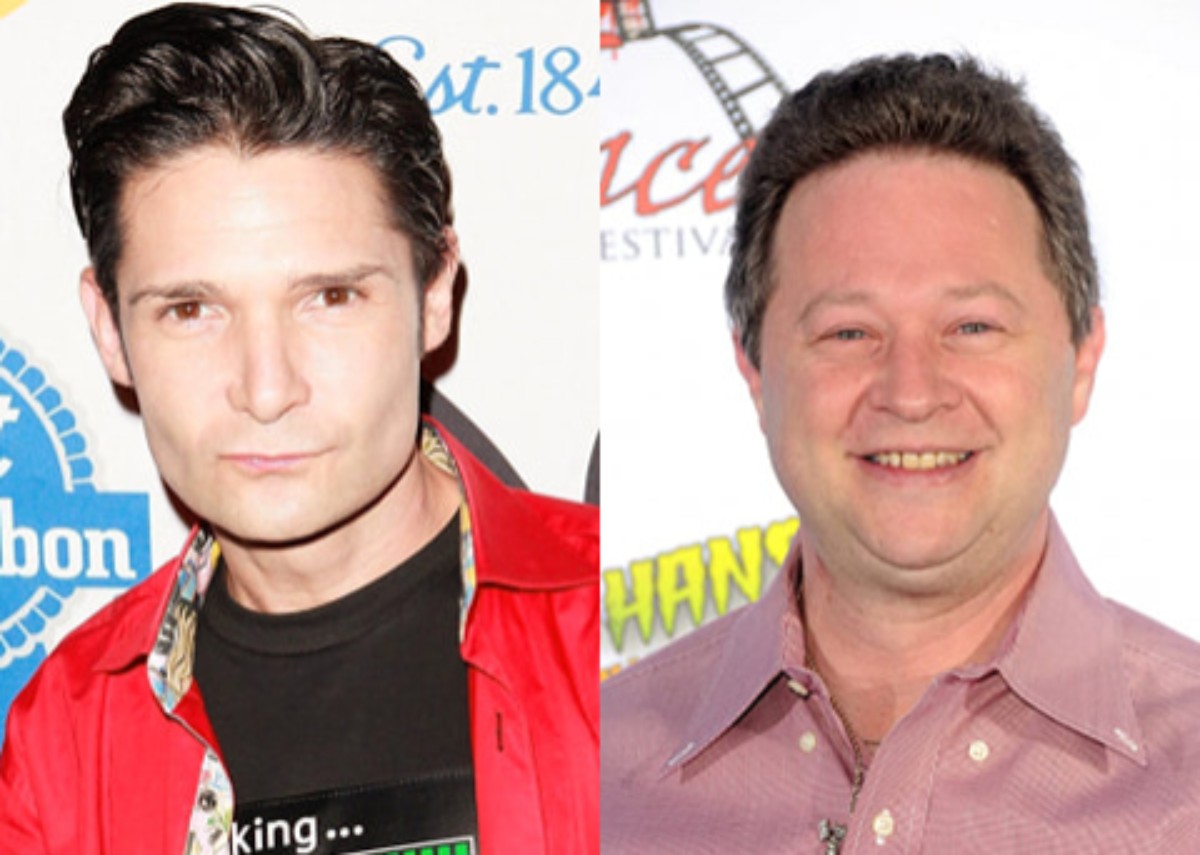 Corey Feldman, actor and Child USA Ambassador, has responded to Scott Schwartz’s four-part interview with TV Fanatic by calling it a “trash article” and the remarks disgusting and vile. Taking to his official Twitter account to make his response, Corey Feldman addressed remarks that Scott Schwartz made where he referred to Feldman’s alleged molestation by porn star Ginger Lynn. Both Corey Feldman and Scott Schwartz have shared a story of how underage Corey Feldman had at least one sexual encounter with Ginger Lynn — in the alleged incident Corey was 15-years-old and Ginger Lynn was 23-years-old. Feldman is in the news right now for his documentary (My) Truth: The Rape of 2 Coreys, where he alleged a pedophile network not only sexually abused him when he was growing up in Hollywood but his best friend Corey Haim as well. Most shocking to hear in the documentary was that Charlie Sheen allegedly raped Corey Haim and that at some point, Corey Haim’s mother, Judy Haim, was aware of the incident yet did nothing. Both Charlie Sheen and Judy Haim have denied any involvement with Corey Haim’s sexual abuse or covering it up.

Corey Haim passed away on March 10, 2010, and Judy Haim feels that Corey Feldman shouldn’t speak about her son’s abuse. Scott Schwartz agrees and delivered the lengthy interview to discuss why he feels Corey Feldman doesn’t have the right to discuss what happened to Corey Haim and then proceeded to attack his character.

Corey Feldman counters that it is his truth and what Corey Haim confided in him involves him, and makes it his story as well. Additionally, Corey Feldman says that he was an eyewitness to a sexual assault against Corey Haim by convicted pedophile Marty Weiss. These are some of the reasons that Corey Feldman states make it his place to tell what happened to Corey Haim.

Additionally, he says that Corey Haim personally asked him to tell his story if something ever happened to him and he passed away.

Corey Feldman released a rebuttal to the article and indicated that Scott Schwatz’s comments regarding the alleged sexual activity with Ginger Lynn was his way of rationalizing sex with a minor.

Corey Feldman shared his response along with some pertinent clips from the article on his Twitter.  He stated the following.

Corey stated the following in his statement.

“It is extremely hurtful and disappointing that Scott Schwartz has made it his mission to try and question my credibility and work alongside a group of people who have been harassing me, my family, my fans, and even Child USA,” replies Feldman. Let me make something clear: Scott Schwartz introduced me to my one female molester, porn star Ginger Lynn (I didn’t perceive this as molestation at the time because she was an attractive female). Scott used to drop me off at her place when I was only fifteen years old, and she was twenty-three. One time he even had me use his place to sleep with her because I couldn’t bring her home.”

You may see Corey Feldman’s full response to the article that he posted on Twitter below.

Even though the interview was slated for three parts, Scott Schwartz then responded to Corey Felman’s statement. In his rebuttal, Scott Schwartz stated the following about Ginger Lynn’s alleged sexual molestation of Corey Feldman.

“ANY young man past puberty who has a ‘physical happening’ voluntarily and mutually agreed to with an older woman of such beauty and kindness is one lucky guy. Now, almost 33 years later, he says anything different — those drugs must really be kicking in. Three marriages, a child, hundreds of female lovers. Yep, must have really affected his ability to have relations with a member of the opposite sex.”

The rebuttal is now drawing outrage from sexual abuse victims who feel there is a double standard when women molest or rape teen boys. They also took issue with Scott Schwartz calling an alleged sexual molestation a “physical happening.”

Due to age of consent laws, a 15-year-old cannot have a mutually agreed upon or voluntary relationship a 23-year-old, whether it is a male or female. Corey Feldman, as an Ambassador for Child USA, speaks openly about the molestation he endured. This is evidenced in his documentary (My) Truth: The Rape of 2 Coreys, and it is important to understand that when someone is sexually abused, the shame is never on them. The shame belongs to the abuser — always.

Many are sounding off on social media saying that sexual abuse isn’t determined by the way someone responds to it but it is the act itself that is the violation and makes it a criminal act.

Age of consent laws takes away the very thing that Scott Schwartz argued in his rebuttal — consent.

It is impossible for a 15-year-old to give consent. It doesn’t matter if the alleged abuse destroyed Corey Feldman’s future relationships or attraction to women or not. He could not give consent, period.

Here is the article that Corey Feldman referred to as “trash.”

Corey Feldman also stated that he didn’t understand why Scott Schwartz was attacking him and his work with Child USA the way he was. As an Ambassador with Child USA, Corey Feldman helped get the Child Victim’s Act (CVA) passed which helped extend the statute of limitations in child sexual abuse cases in New York and California.

“I’m not sure who Scott is protecting or why he is doing this, but it’s very unfortunate. This is a time when we all really need to come together to change laws and protect children. That should be the most important thing.”

What do you think about the article? Have you watched (My) Truth: The Rape of 2 Coreys?

Disclosure: Charisse Van Horn has had personal communication and interaction with Corey Feldman, members of the Wolfpack, and Feldfam. She has never had personal, private communication and interaction with Judy Haim. She supports Corey Feldman’s truth campaign and makes her personal opinions and experiences known on her social media pages and personal websites and blogs. She has followed this case since 2017. Reproduction of this full article outside of Celebrity Insider will be met with legal action from the writer. 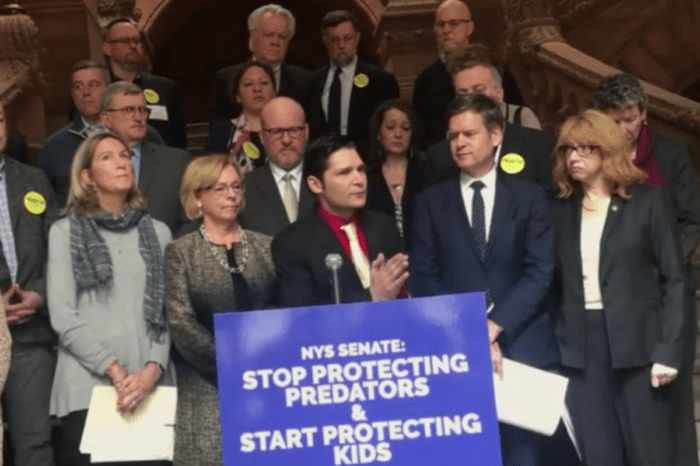 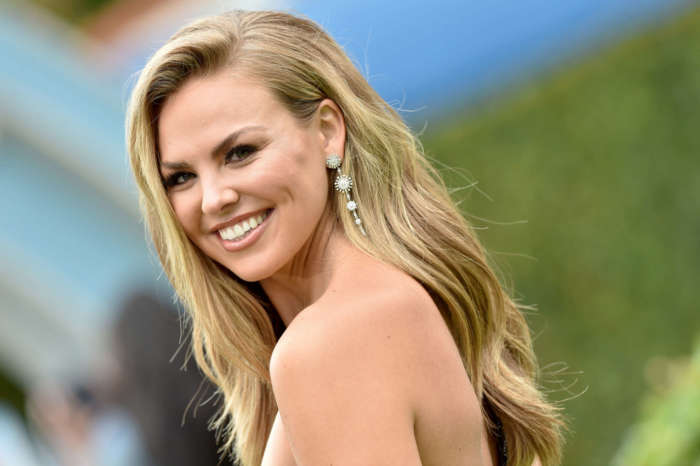 Hannah Brown Says She's Ready To Get Back Into Dating

It’s TV Fanatic with a capital F. Mr. Feldman didn’t take us up on the offer to rebut. Appreciate your insight.